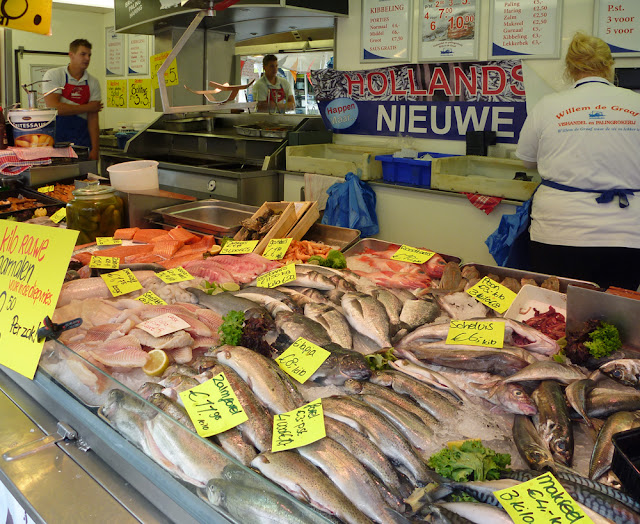 On Thursday the 27th of June we had a light lunch of broodje gebakke schol from a trailer-booth in the weekly street market just in from the canal. Then at 1415 we slipped from our moorings on the wall in Lemmer’s basin to continue our voyage. 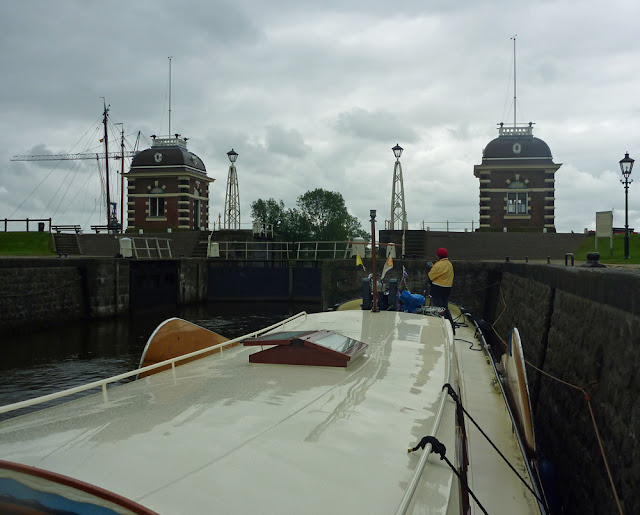 As we backed and slowly turned, the Lemstersluis was being prepared to take us up to the level of the IJsselmeer. We didn’t have long to wait and there was only one other boat in the lock with us; a small sailboat. The lift was less than two metres and the entire process of waiting, entering, lifting and exiting took less than a quarter hour. 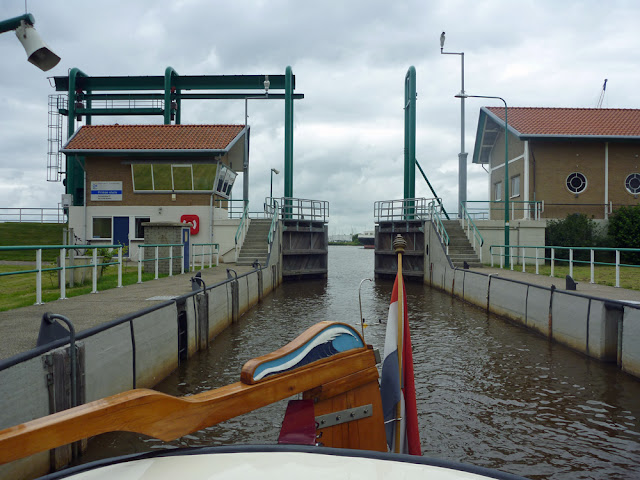 About a hundred metres onward from the lock we turned east and entered the Friesesluis that would take us down about seven metres to the level of the Noordoostpolder. Through the lock is the province of Flevoland, and we watched behind us as the doors closed on Friesland. We have very fond memories of our time in the land of the skûtsje, and we are taking Zonder Zorg away from her homeland again. 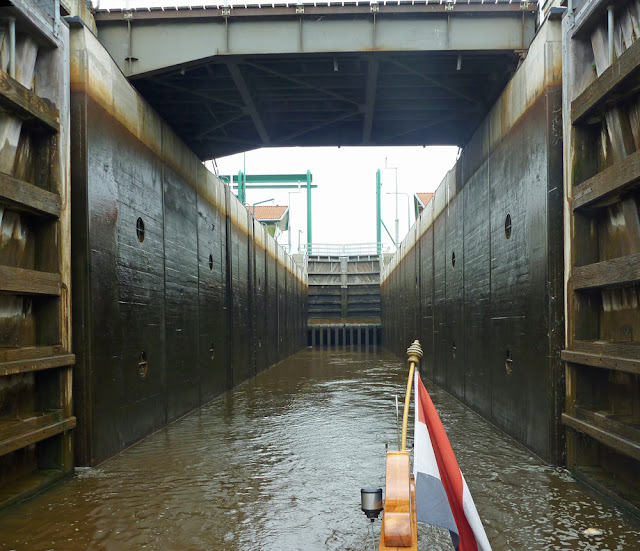 We motored out of the lock and followed the Lemstervaart through fields of crops on rich farmland that was three-quarters of a century ago reclaimed from the seabed. 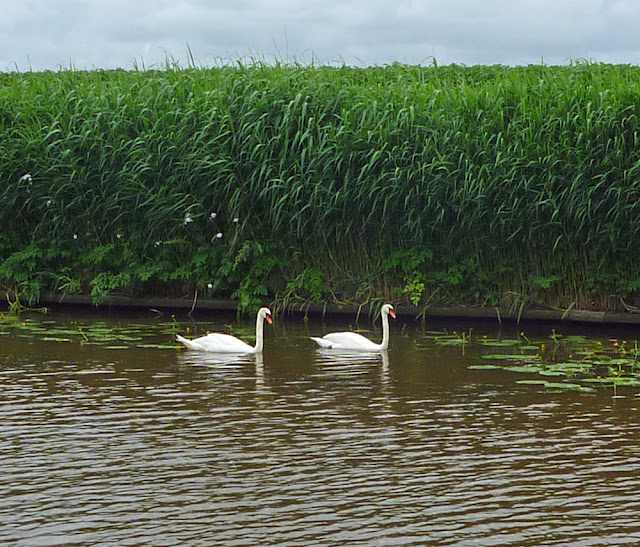 At Emmeloord we turned eastward onto the Zwolsevaart and motored past potatoes and grains. Along the way was a great assortment of waterfowl; ducks of various sorts, coots and swans among them. 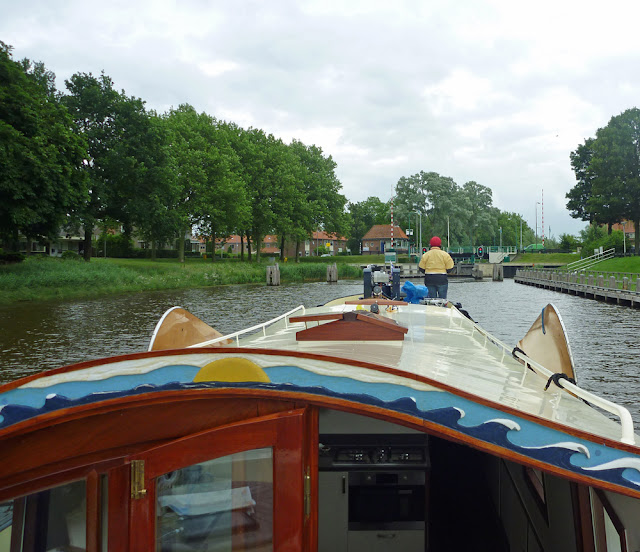 A little over twenty kilometres along from Lemmer we came to the Marknessersluis in the centre of the town of Marknesse. As we approached, the lock was prepared for us, and we entered without pause. We were lifted about three metres to a higher level of the polder, and continued through rich farmland a couple of kilometres and then turned southwestward into the narrow Enservaart. We stopped for the night in a peaceful setting, secured to a solid wilderness wharf. 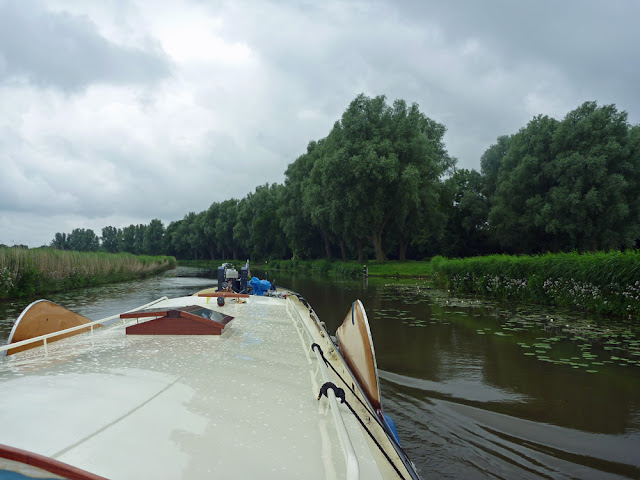 After a leisurely breakfast on Friday morning we continued along the Enservaart. It is a narrow, shallow canal, which by the spread of lily pads across the channel, is apparently little-used. We followed it to its end at the edge of the village of Ens. 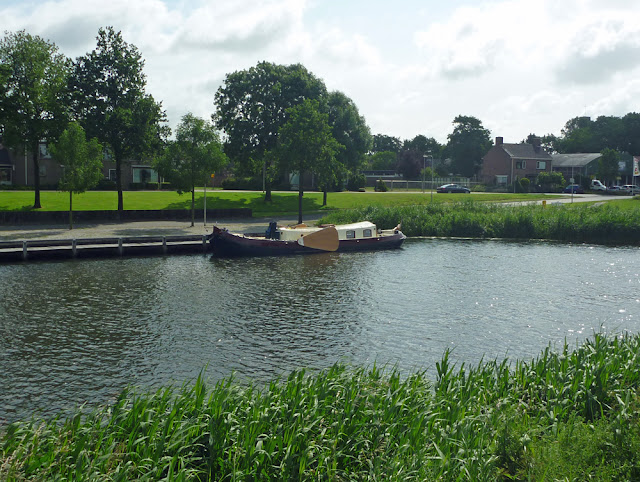 There we turned in the small basin and secured to the well-maintained wharf. We had come to the end of this cul-de-sac because it is the closest approach to Schokland, which is only four kilometres away by bicycle. 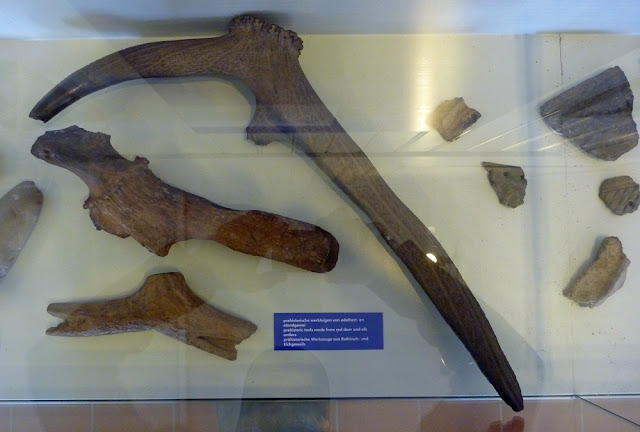 Schokland is a former island in the Zuiderzee, which has a very long and complex history. The landform of the island, a low hilly ridge as one of the banks of the ancient River Vecht, originated as a glacial esker at the end of the last ice age. It was home to wooly rhinoceros, aurochs, mammoths, Irish elk and European bison; in the museum are displays of remains of many of these. 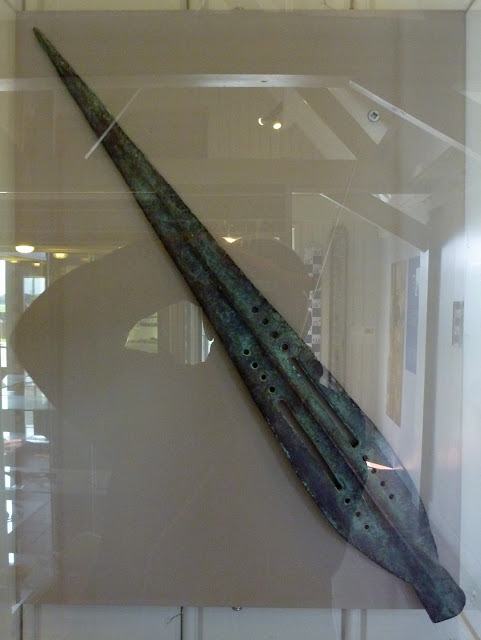 As the ice receded the ridge became the occasional home to roaming hunters and fishermen, with evidence of encampments ten thousand years ago. More permanent settlement of the area dates from about 6500 years ago. Archeological finds show that the Roman armies camped here. Significant is the bronze spearhead, the only one ever found in the Netherlands. 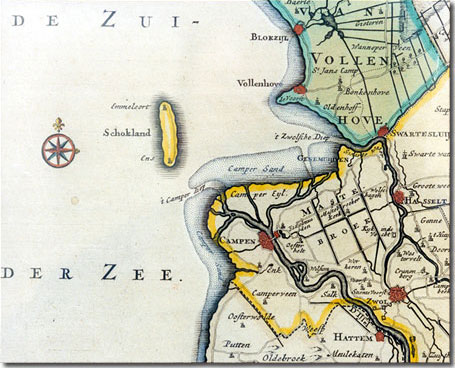 With the gradual inundation of the low lands and the formation of the Zuiderzee, the area around Schokland became marsh, and eventually sea by the end of the fourteenth century. The ridge had become an island. The inhabitants had been harvesting peat from the land, which had caused its further subsidence.

The island was low and farm land was disappearing. Diking and draining were attempted, but the sea continued to erode the island. 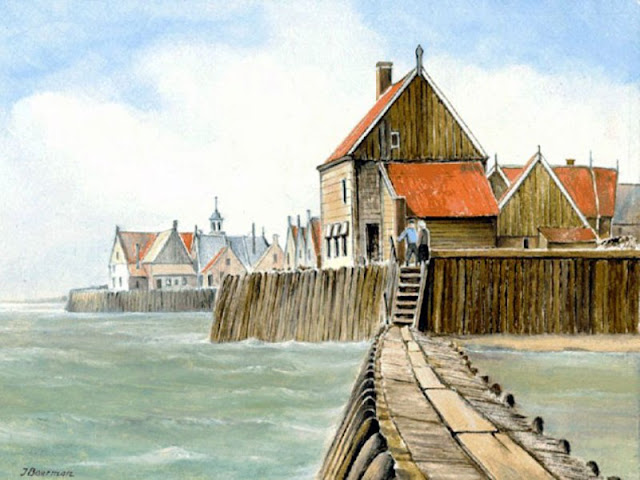 The written history of the Schokkers begins about five hundred years ago. For most of its history, the island continued to diminish and hillocks and dikes were washed away during storms. The few hundred inhabitants retreated to small hillocks on the eastern side of the island. Soon there was little more than three tiny settlements, Emmeloord, Molenbuurt, and Middelbuurt and some protective dikes. 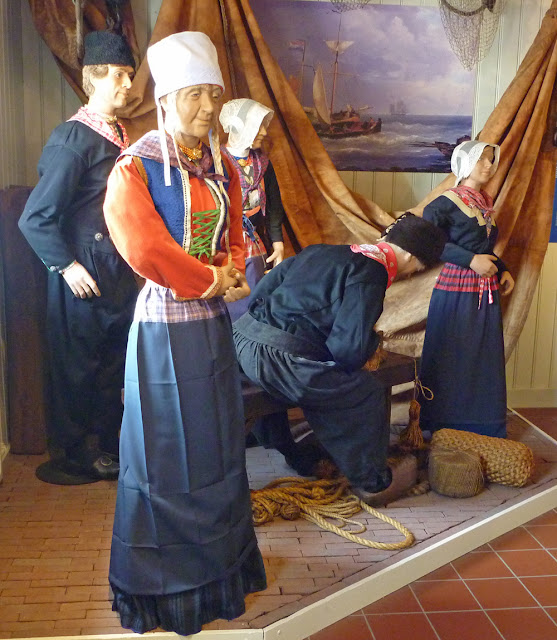 The population had become severely inbred and impoverished; seventy-five percent of the islanders were on welfare. By Royal decree in 1859, King William III ordered the island evacuated and the residents distributed among many communities along the Zuiderzee coast. 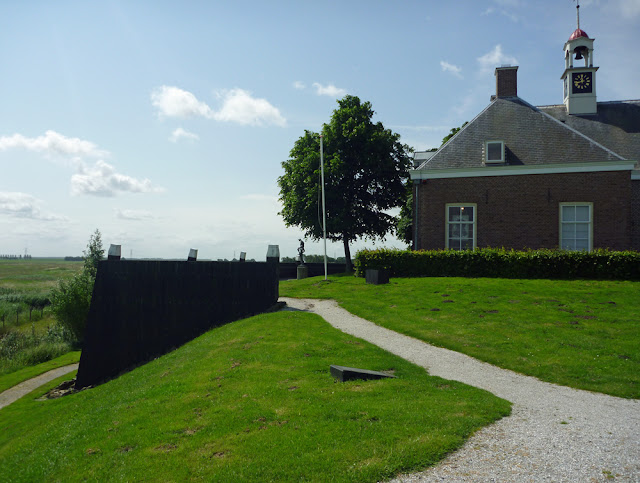 With the diking and draining of the area and the creation of the Noordoostpolder in 1942, Schokland was reclaimed from the sea. In 1995 Schokland became the first UNESCO World Heritage Site in the Netherlands. 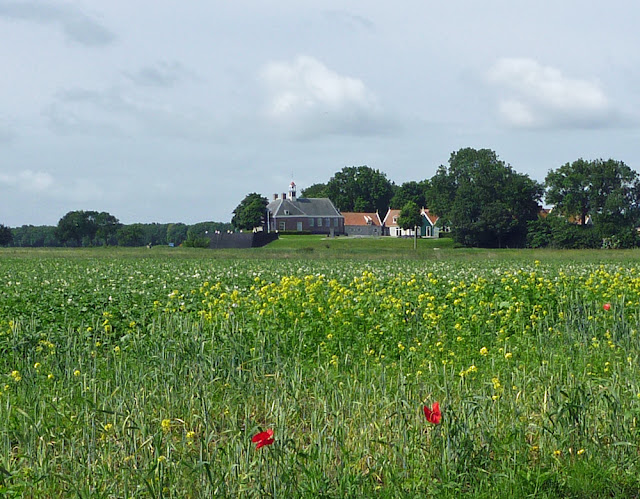 Today the former waterfront of Middelbuurt appears as an island in a sea of potato fields. The splendid small museum there tells the story much better than I can here. With our minds filled with images, we retreated to the security and comfort of Zonder Zorg in Ens to relax and to ponder what we had seen.
Posted by Zonder Zorg at 01:01