Edi and I remained in Vancouver over Christmas, spending our first winter in the Northern Hemisphere since 2008. We shared a fine Christmas dinner with family and we hosted and were hosted to some very pleasant dinners with fellow boaters. 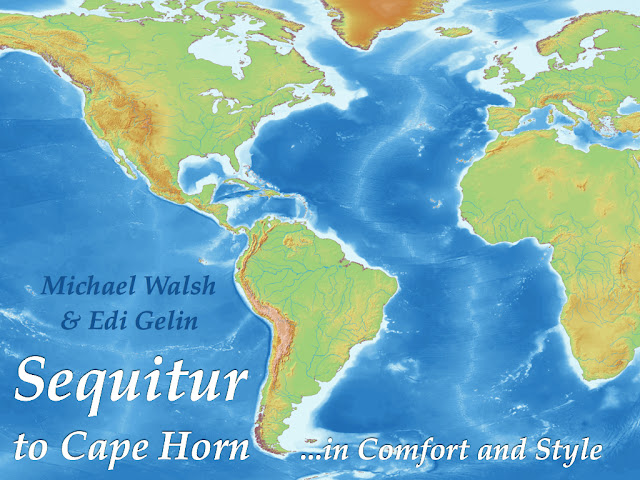 We kept ourselves busy doing presentations on various aspects of our three-year voyage down the west coasts of the Americas, around Cape Horn and up the east coasts. Among the diverse venues were some of the Canadian Power and Sail Squadrons, the False Creek Yacht Club and the Bluewater Cruising Association. I also spent a lot of time working on the layout of the book that I have been writing. The first draft had run to 335,000 words and over 900 pages, so besides layout editing, heavy text editing is also required. 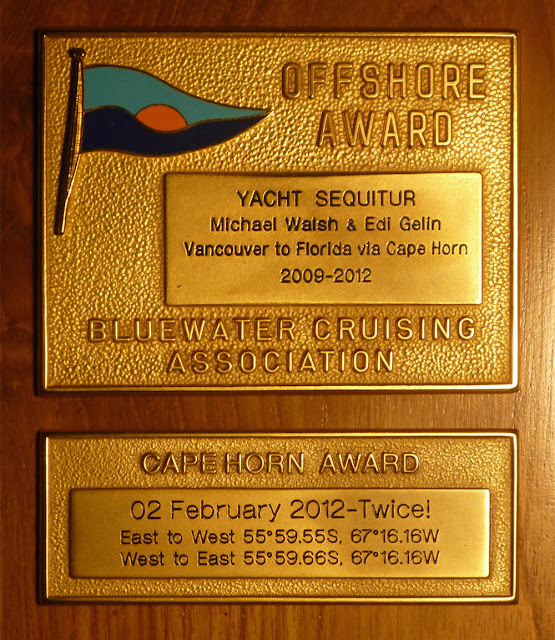 In mid-December, Edi and I were presented the Cape Horn Award by the Bluewater Cruising Association, only the third time this award has been presented since the Association was founded in 1978.

Meanwhile Zonder Zorg was in Harlingen undergoing an extensive facelift at Scheepsreparatie Friesland. We were sent some progress photos. 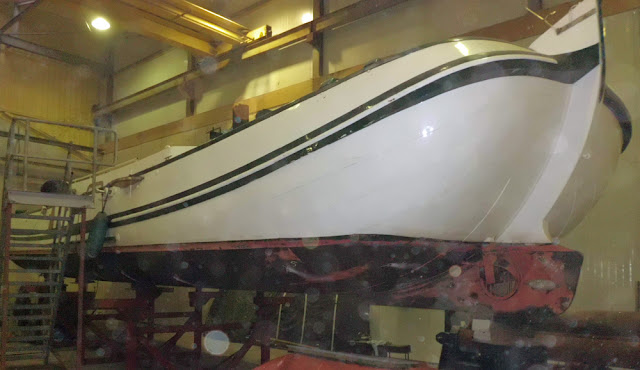 She had been hauled inside a hangar... 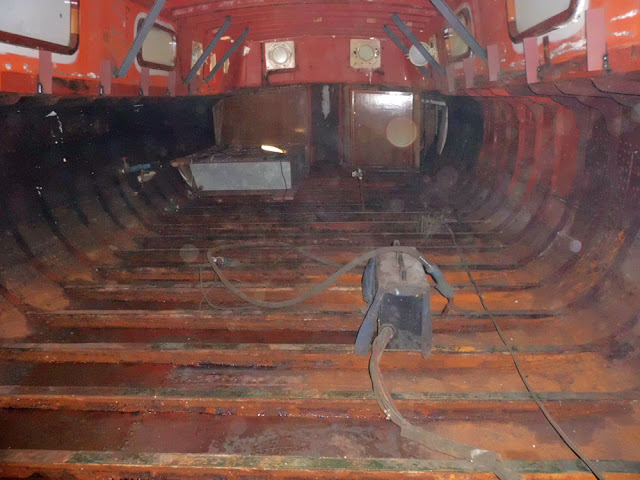 ... and she was gutted.  The interior that had been so lovingly installed by Henk in 1975 was completely removed. She was taken down to bare 1908 riveted iron so that we could install completely new electrical, mechanical and plumbing systems. With the many changes to systems, equipment and technology over the decades, it makes much more sense to begin with a clean slate, than it does to modify the existing installations. 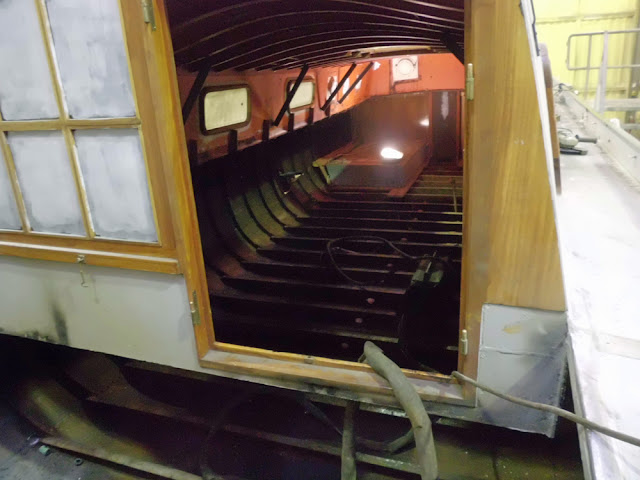 Braces were installed in the roef to stabilise it. The forward portion of the cockpit deck was cut out. 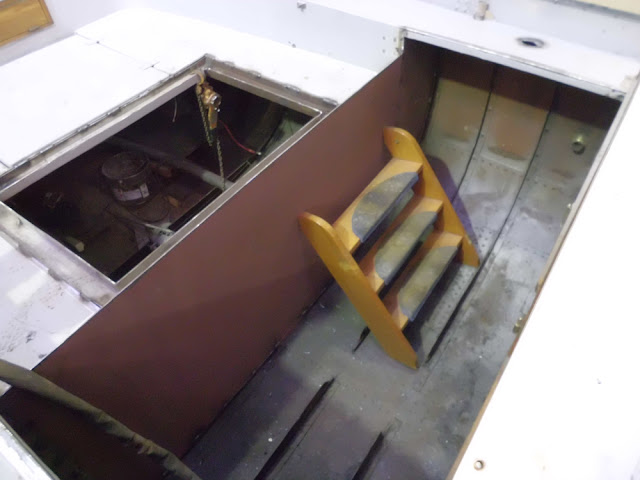 About a metre aft, a new watertight bulkhead was installed to separate the expanded accommodation area and the reduced machinery space. 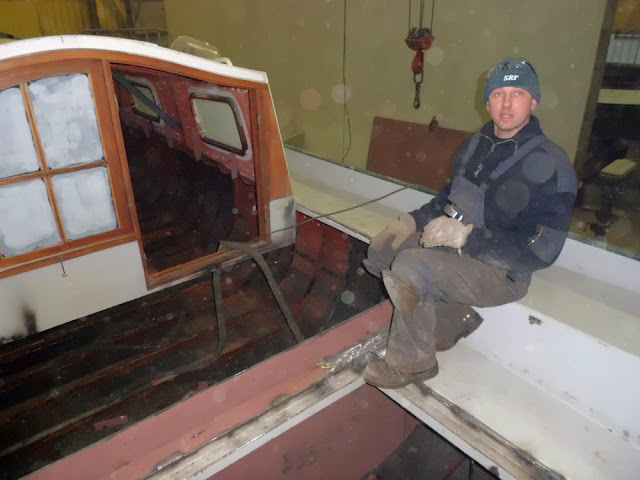 The top portion of this bulkhead forms the new position of the roef, just forward of the hatch over the engine room. 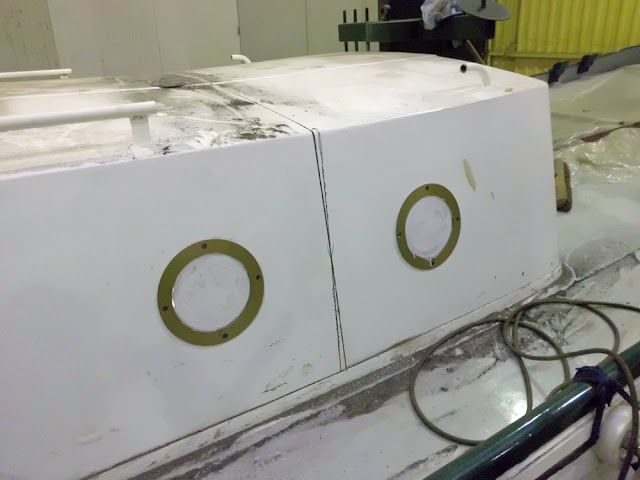 The roef was then cut between the first two portlights... 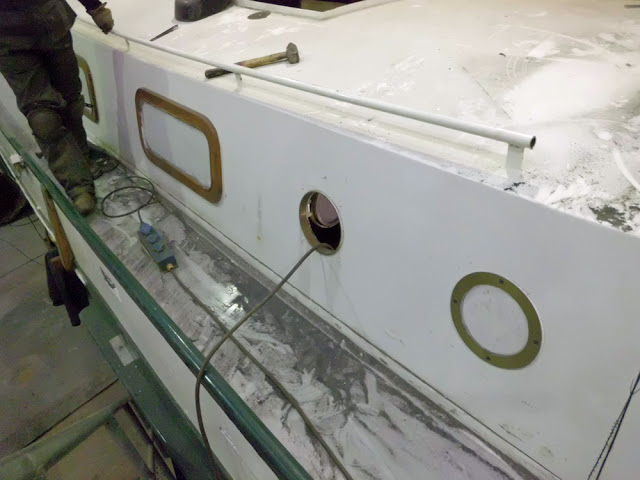 ... and the cut was extended all the way to the rear, along a line just above the side decks. 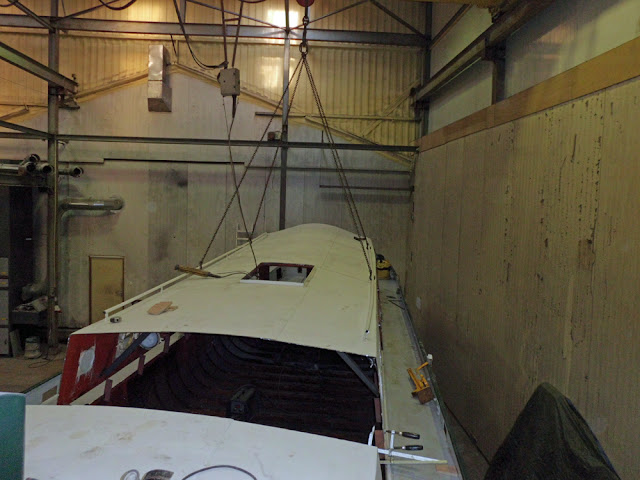 With the roef detached, it was slung aft about a metre and stabilised in its new position with tangs of welded steel. 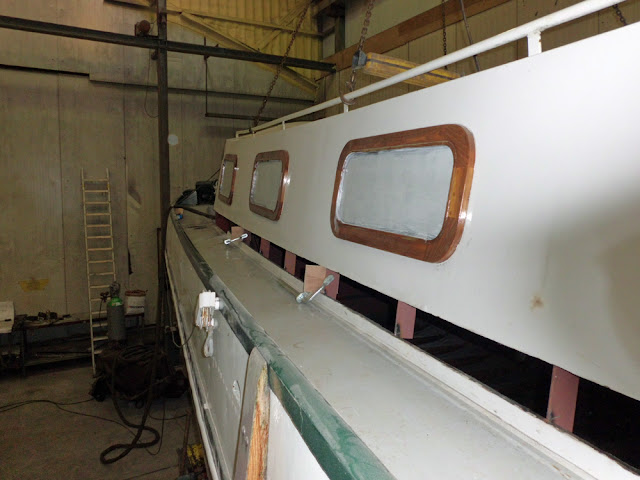 The new positioning of the roef gives us not only a longer living space, but also raises the interior clearance by a few centimetres, which will allow me full standing headroom throughout the salon, galley, heads and master cabin. 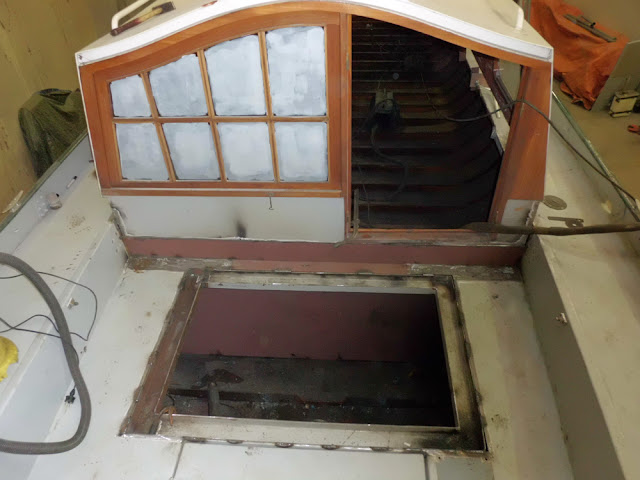 The cockpit is a bit shorter now, but in its former incarnation at over 3.5 metres, it had been rather longer than we saw necessary. A new smaller four-cylinder engine will replace the former larger six-cylinder one and the machinery spaces will be completely reorganised to make efficient use of the still very generous area beneath the cockpit. 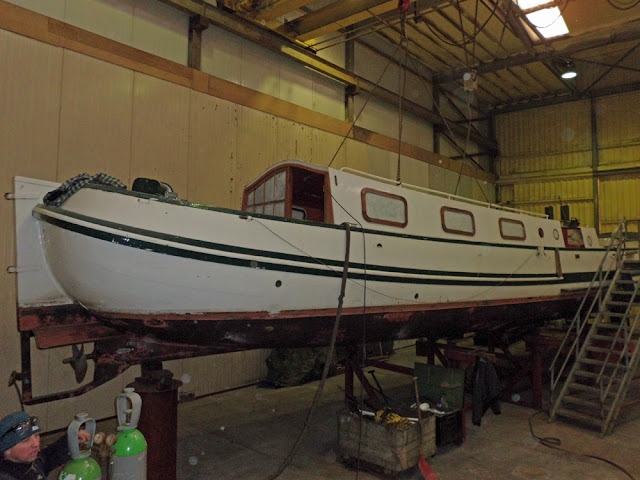 The forward part of the roef will be cut and raised to match the new line and the gap will be filled in. Besides the additional length and height, we also will gain an extra pair of portlights in the master cabin.

We are pleased with the work thus far and are very much looking forward to visiting Zonder Zorg in Harlingen in early February to give our inputs into the design and layout of the new interior.