Another New Book Going to Print 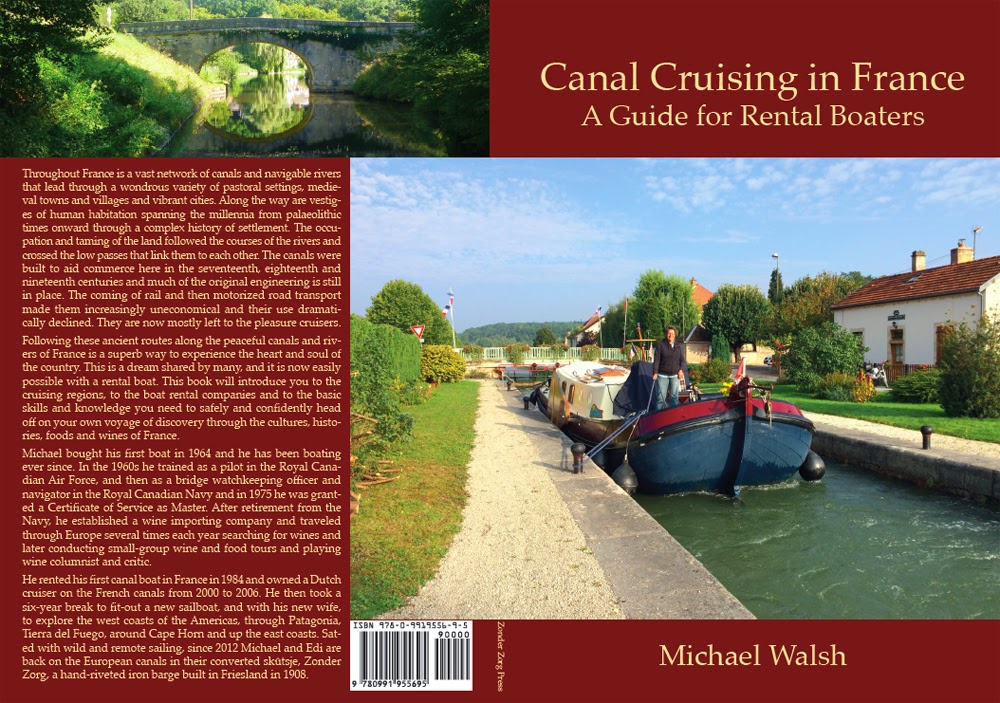 When I finished my last book at the end of December, I thought I was done writing for a while, but then at the Vancouver Boat Show in late January, I was prompted to write another. While talking with the marketing manager of the largest of the canal boat rental companies, she told me that many of their renters ask for recommendations on a book or books to read to prepare for their boating adventure. She had none to recommend, and so it began. 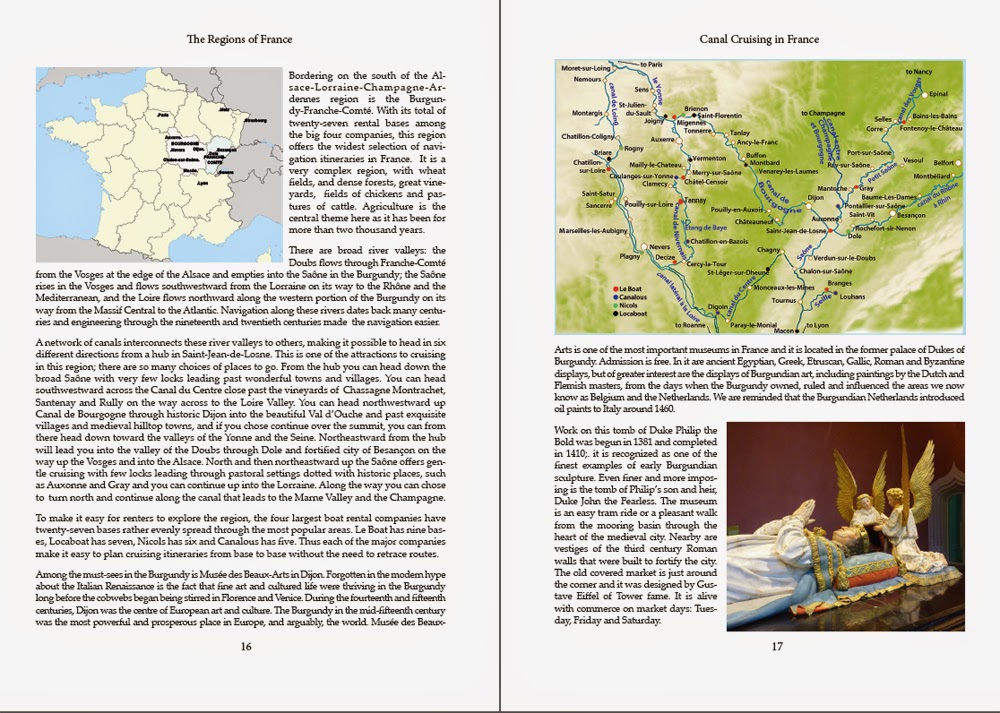 I decided to focus on France, where last year there were more than 150,000 canal boat renters, fifteen percent of whom came from the English-speaking world. I figured that this should provide me with a sufficiently large focused market to provide a few sales. The book quickly came together as an overview of the geography, history and culture of the main inland boating areas of France, followed by a chapter that gives a cross-section of the boats that are offered by the four major companies. 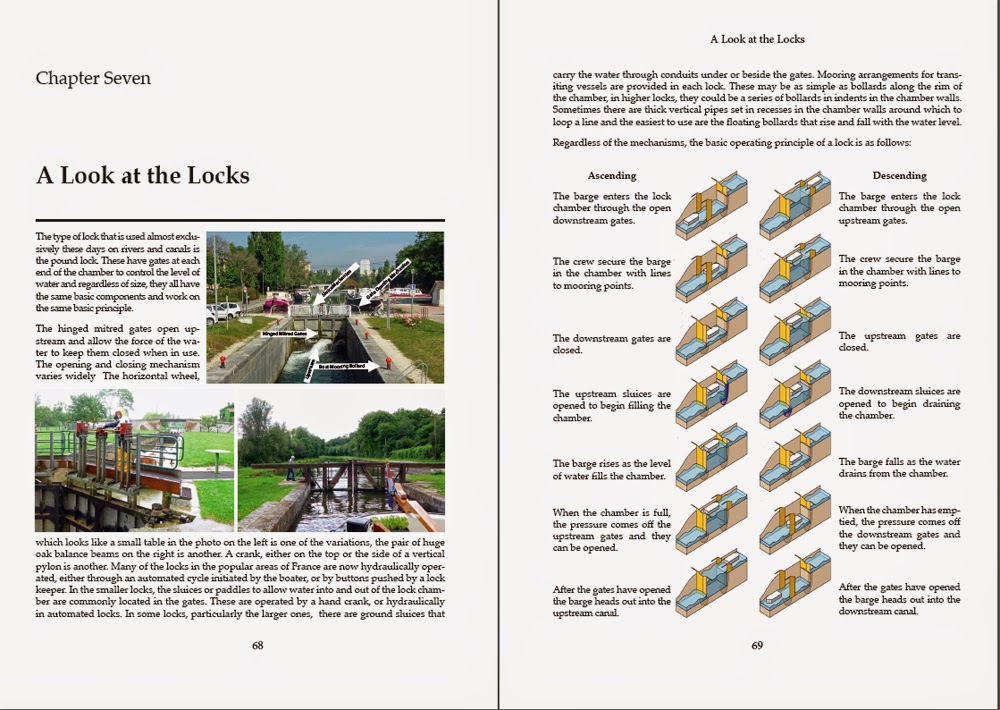 I added some background on the canal system and an examination of the types of locks and how they function. 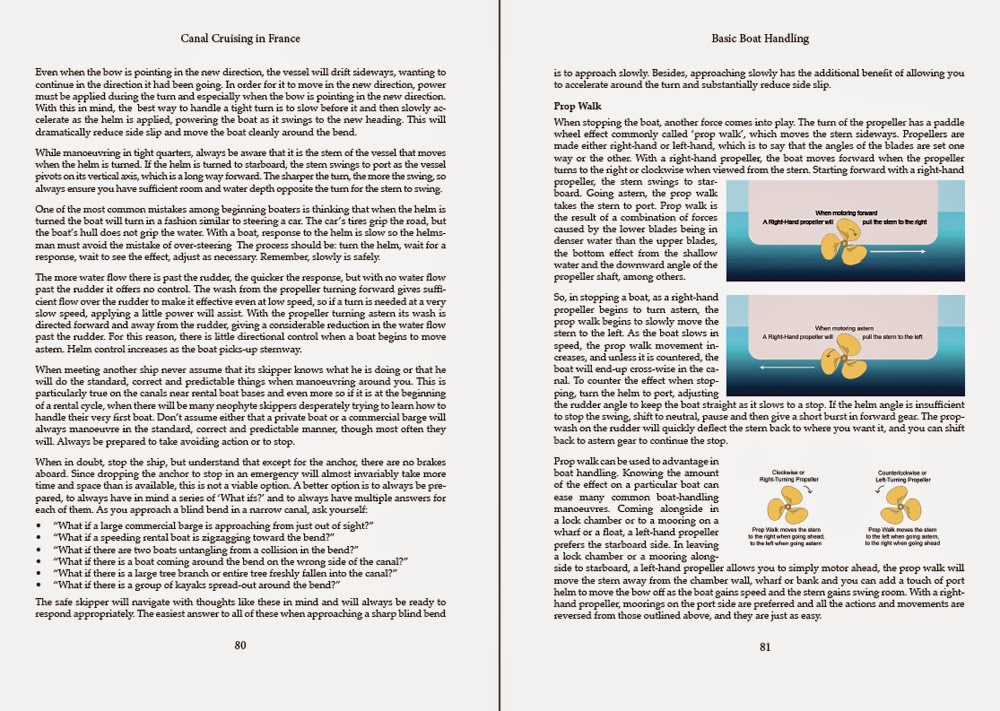 Then there are chapters on Basic Boat Handling, on Line Handling and Safety in the Locks and on Rules of the Road and CEVNI. The book contains the essential information to enable a neophyte to decide on a region to explore, to choose a rental company and to safely and confidently head out on the French canals. Hopefully it will make things a little safer for the rest of us on the canals.

I sent the copy and the cover layout to the printers on Friday, I received an electronic proof of the book on Tuesday evening and this afternoon the printed proof arrived by DHL. It looks good, so I have just approved it and sent it to print. It should be available from Amazon next week and from other online retailers in the following weeks. I love the speed and efficiency of the modern world of publishing.
Posted by Zonder Zorg at 10:51 1 comment:

Back in the Burgundy

On 25 February we began the final complex series of events that would lead us back to Zonder Zorg in Auxonne in the Burgundy region of France. For days we had been sorting and packing, a task much more complex this time than in our previous five trips back to the boat. Returning to Peru, Chile, Friesland and France had been a matter of closing-up in Vancouver and heading off. This time we were moving our furniture and belongings into storage, since we had decided to rent-out the loft. For more than five years we had left the place vacant while we cruised, but the temptation of an additional $30,000 annual input to our cruising kitty was now too strong to resist.

The moving van arrived on time at 0900 just as the woman with the elevator keys appeared. By noon the last of our items for storage were in the van and we were left with only our luggage on the balcony, safely sequestered from the movers. In the car we had rented the previous day using loyalty points, I drove to the storage facility to supervise the move from van to locker. By 1430 the move was complete, the locker contracted and paid and the account with the movers settled.

Meanwhile, Edi did the final cleaning in the loft, and I made it back just in time for the 1500 appointment with the rental agent for a walk-through and key hand-over. He helped us juggle our nine pieces of luggage down to the car and we were off. So far the complex clockwork was ticking perfectly. We drove to the airport hotel that we had booked on loyalty points and checked-in. On Thursday morning the car got our luggage to the airport and we were confirmed on our leg to Toronto for a connection to Paris. So far, so good.

In Toronto, the continuation to Paris was over-booked and we didn't make it on. We saw a flight to London Heathrow an hour-and-a-bit later with many open seats, so we had our bags and ourselves transferred to it. Otherwise, we would have had to reclaim all our checked luggage, find a hotel and a way to get our selves and our bags to it and back for the flight the following day. We preferred continuing to Europe, so online I booked two seats on the Eurostar through the Chunnel to Paris. I also booked a van to transfer us from Heathrow to St Pancras to catch the train.

Our luggage was first off on the belt in Heathrow, since it was the last onto the flight. Our driver was in the designated place and got us through the London snarl to the rail station. Our Eurostar bookings yielded two boarding passes, though there were many questions and discussions about our nine pieces of luggage. Train passengers are limited to two pieces each, so we sweet-talked our way through ticketing, the gate, security and onboard. There are no luggage carts in Paris Gare du Nord, nor are there any luggage handlers, so we organised a security relay along the platform and into the terminal, where Edi stood guard on our bags while I went to pick-up the rental car.

I had changed the booking online from Paris Charles de Gaulle to Paris Gare du Nord, and our car was waiting for us on the minus seven level of parking, near the elevator. Fortunately, our luggage stash was a short distance from the elevator, and with its speaker blaring a shrill bilingual "door blocked" announcement, we crammed all nine pieces and ourselves into the elevator and back out seven levels down. I flashed-up TomTom on my iPad and we were lead efficiently out of Paris and onto the Autoroute du Soleil.

After a pause for coffees and sandwiches, we continued along to Auxonne, arriving shortly past midnight. There was a gypsy encampment in the parking lot from the small midway set-up for Carnival d'Auxonne and there were some wandering groups of men. We decided to move all the luggage aboard, rather than risk losing it from the car overnight. The marina carts were locked-up and Zonder Zorg is in the last slip at the end of the furthest finger, so we again did a security relay. It was 0100 by the time we had opened-up the boat, had everything aboard, had flashed-up her systems and fired-up the central heating. I had asked the boat be de-winterised for our arrival, and everything was in order. After some Armagnac to ease the road-weariness, we made it to bed a little beyond 0200 on Saturday morning, thirty-four hours after springing-out of the hotel bed in Vancouver. We look forward to a slightly more relaxed schedule from here on. 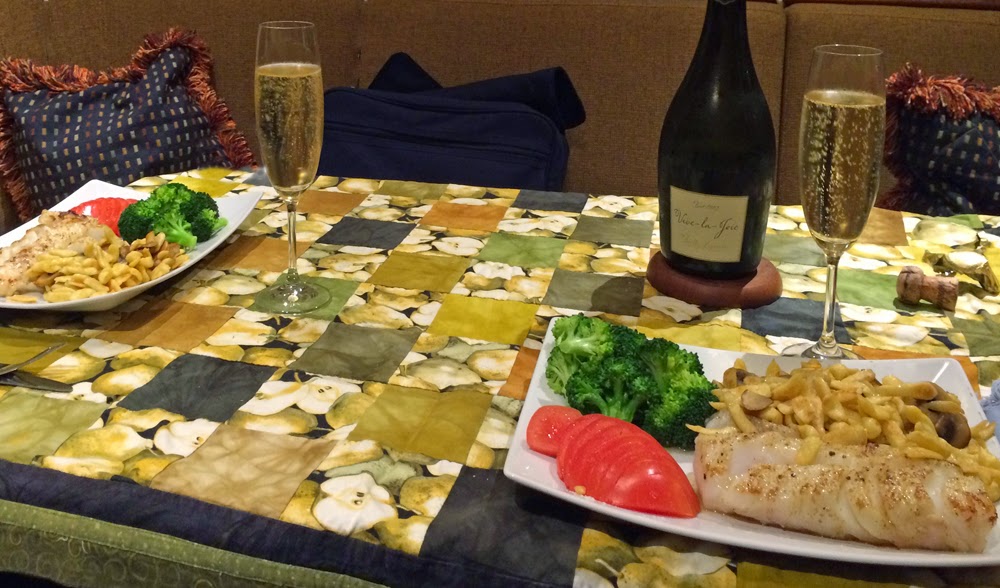 On Saturday morning, while Edi slept-in, I headed into town to the supermarket for fresh supplies. By evening we were back into the swing of things with a nice dinner of dos de cabillaud with spätzle and diced mushrooms and fresh broccoli. We celebrated our being back aboard with a bottle of Bailly Lapierre 2007 Vive-la-Joie Crémant de Bourgogne.
Posted by Zonder Zorg at 03:55 7 comments: