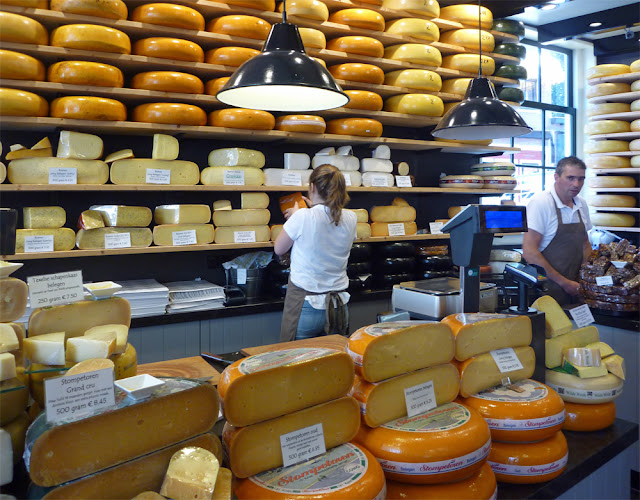 We had spent a wonderfully relaxing six days in Gouda and it was time to move on. We couldn’t leave; however, without stocking-up with Boerenkaas, the hand-crafted, unpasteurised produce of the local farmers in the region around Gouda. 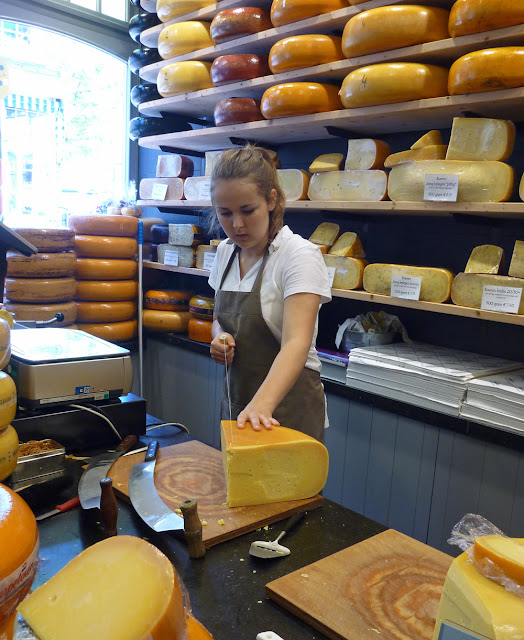 In the heart of the old city, just off the Markt, we found a shop, 't Kaaswinkeltje that specialises in Gouda. There are hundreds of cheeses on display, and next to several dozen of these were small dishes of samples. We sampled and tasted and nibbled and enjoyed. The samples did their magic and prompted us to select four cheeses to have slabs and wedges cut for us. We were amazed with the low prices, generally in the range of €7 to €15 per kilo. With the Quebec dairy subsidy in Canada, we can barely find bulk factory plastic cheese at those prices. 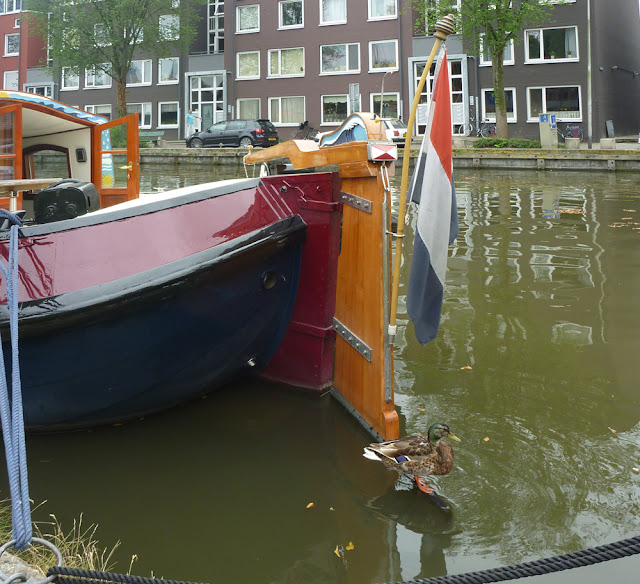 On Saturday morning as I was filling our water tanks from the canalside hose bib, I watched a duck placidly sitting on the top of Zonder Zorg’s rudder, which just breaks the surface of the water. 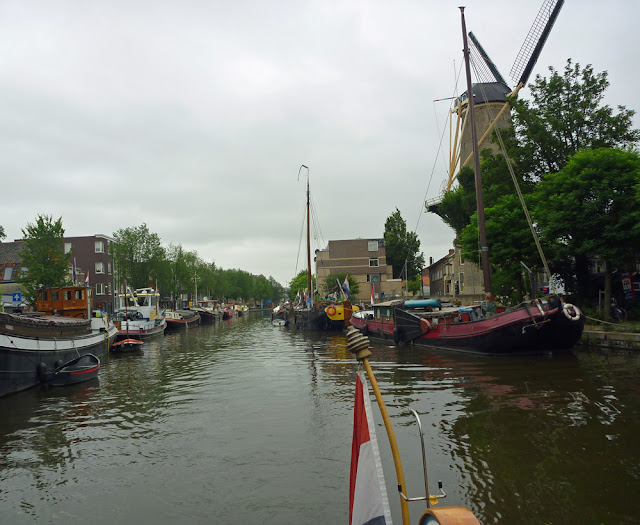 At 1105 we slipped from our mooring and continued along Turfsingel to Guldenbrug, which was soon opened for us. As we passed into the basin leading to Mallegatsluis, we passed three barges of fellow Barge Association members: Chouette, Esme and La Tulipe and tooted and greeted them as we went by. 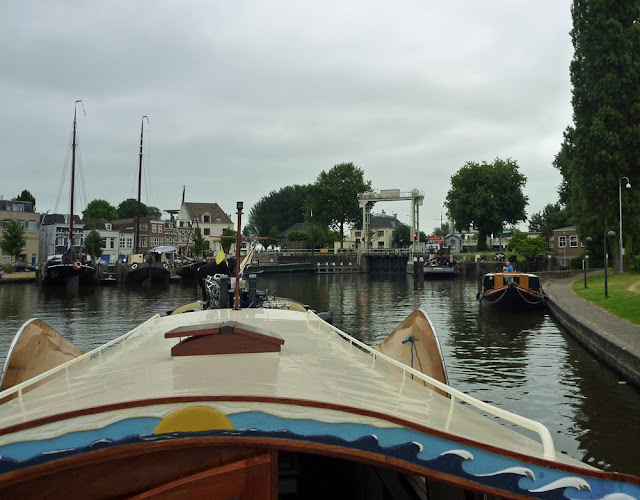 The lock ahead of us had no room for us, so we had to wait for it to cycle again. While we waited, we reflected on the splendid time we had spent in Gouda. It is such a delightful city, so richly steeped in history and culture. It is not a place to be missed. 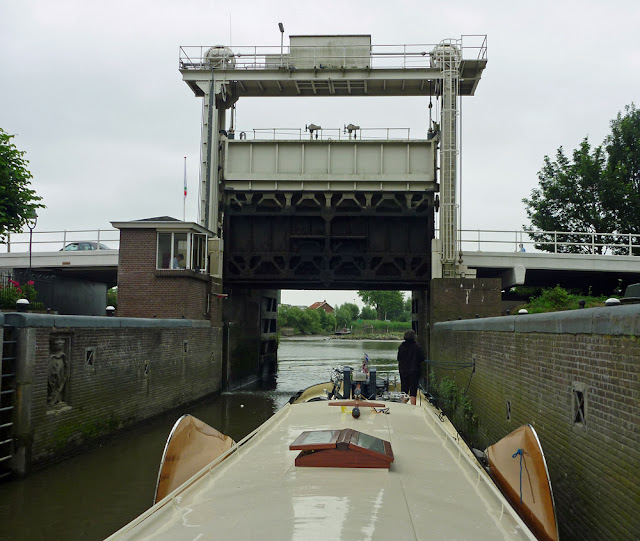 Mallegatsluis is a tidal lock, and once through it, we were out onto the tidal Hollands IJssel, which we followed eastward a couple of kilometres eastward to Stolwijkersluis. This complex lock is only 20 metres long, but it has five pairs of doors. It divides the tidal waters from the canalized Hollandsche IJssel. During the few minutes of each rise and fall of the tides, the doors can all be opened to allow barges longer than 20 metres to pass directly through. 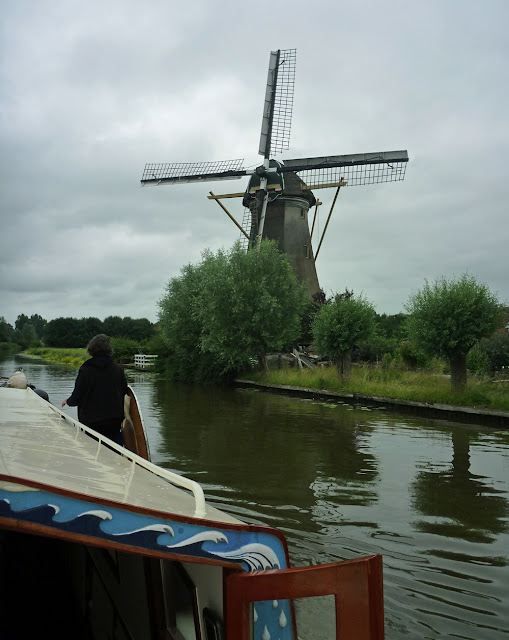 For the first day in nearly two weeks, it was overcast and there were occasional sprinkles of rain. We passed through placid rural settings and relaxed. 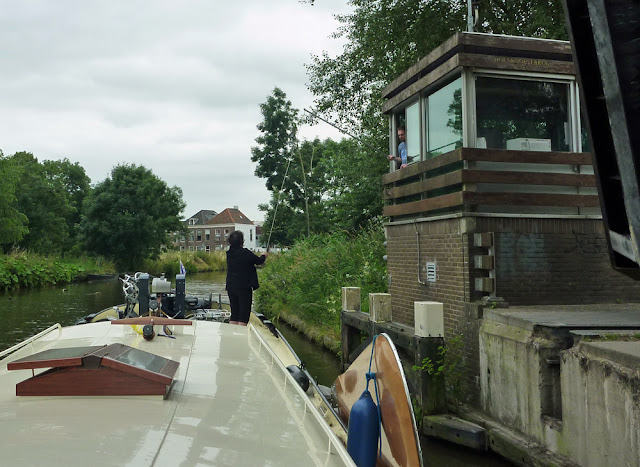 Most of the bridges were high enough for us to slide under, but a few required lifting. At one of these near the town of Oudewater, a clog was swung out on a line to accept the posted €4.50 bruggeld. 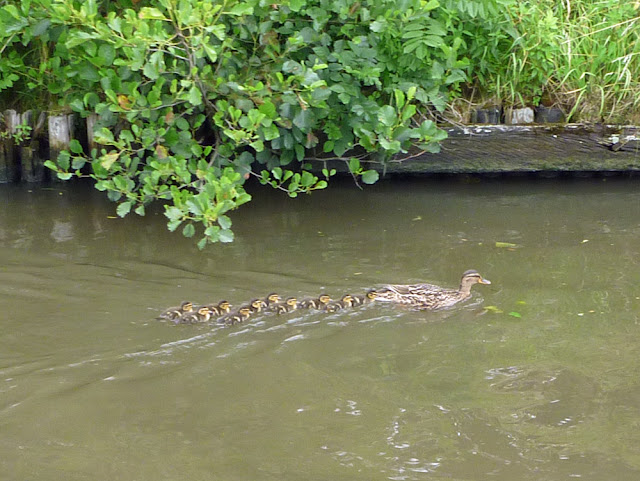 Along the way, the water and banks were filled with waterfowl. At one point, we passed a marvelous little parade, mama duck and her ten fresh hatchlings, moving along in unison as if attached by lines. 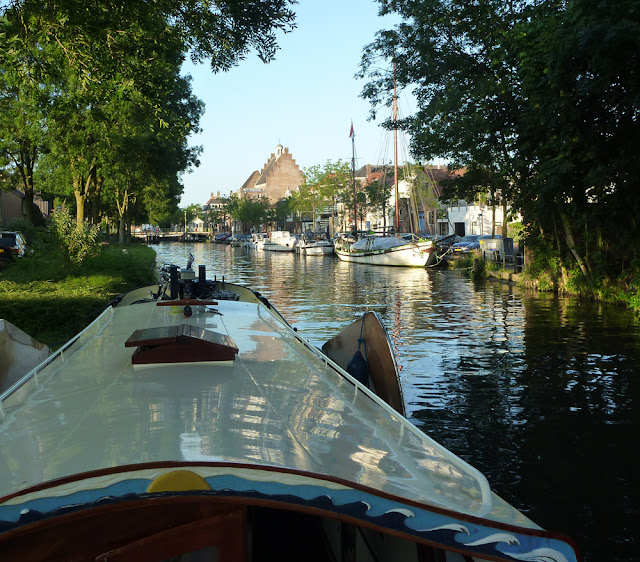 In the mid-afternoon we arrived on the edge of Montfoort and decided to pause for the day. The free moorage at the approach to the town is in front of tidy homes, unlike the busier hustle and bustle we could see further along in the town centre. 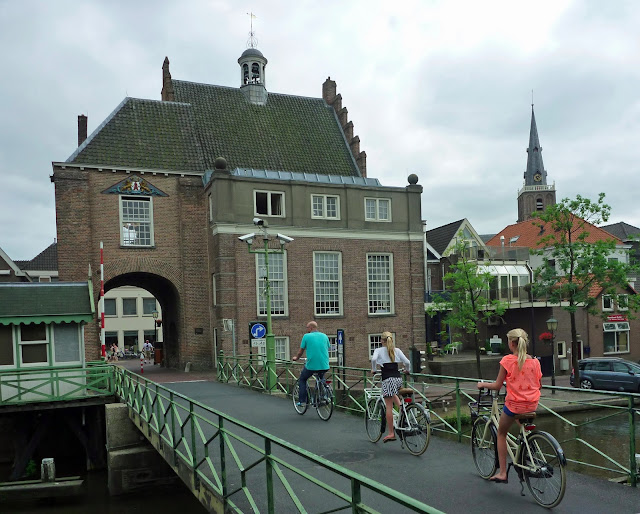 We walked the 200 metres to the bridge, which is at the central gate to the small town, and from there found the local Albert Hein, where we bought some fresh cod for our evening's dinner. 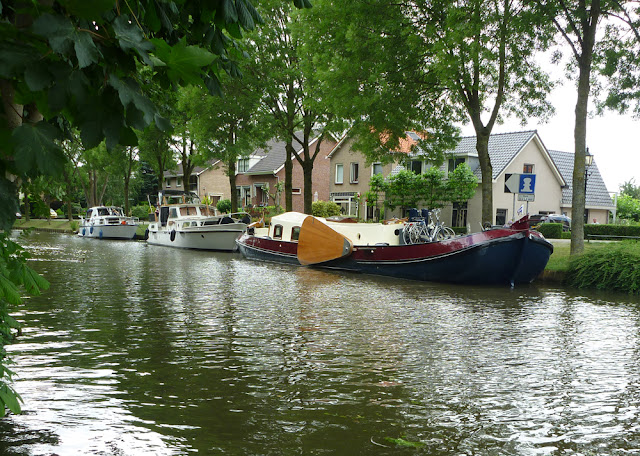 A glimpse back across to Zonder Zorg on her placid mooring convinced us we had chosen the better place to moor. 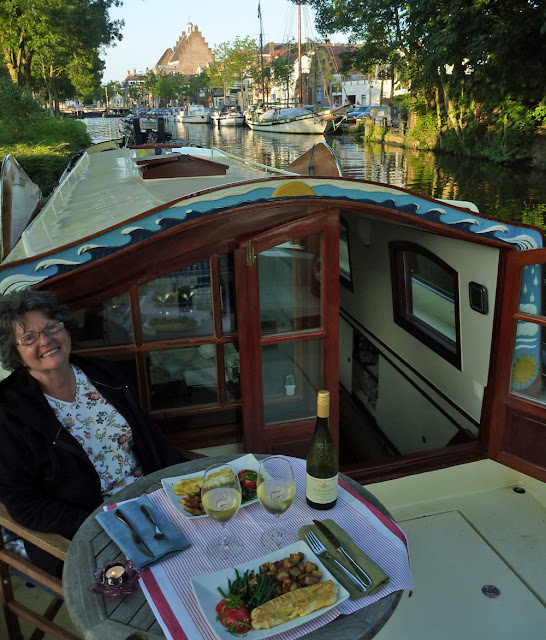 In the late evening light we enjoyed a splendid dinner in the cockpit with breaded kabeljauw, sautéed potatoes and green beans almandine with a wonderful bottle of Sauvignon from Domaine de la Tour Ambroise, Touraine. 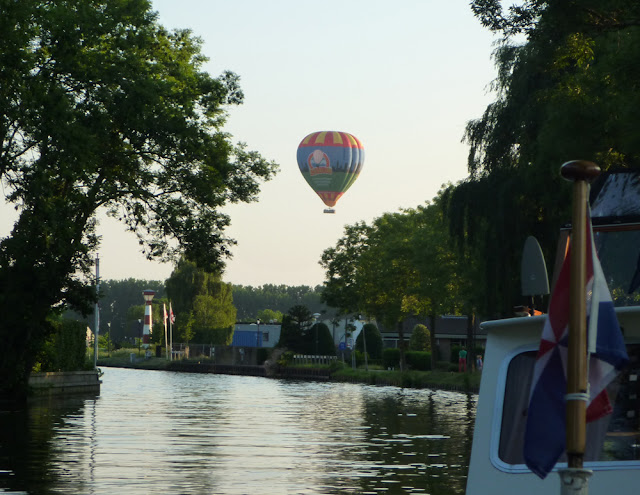 As we were dining, hot air balloons came over the trees and settled toward land. All is well.