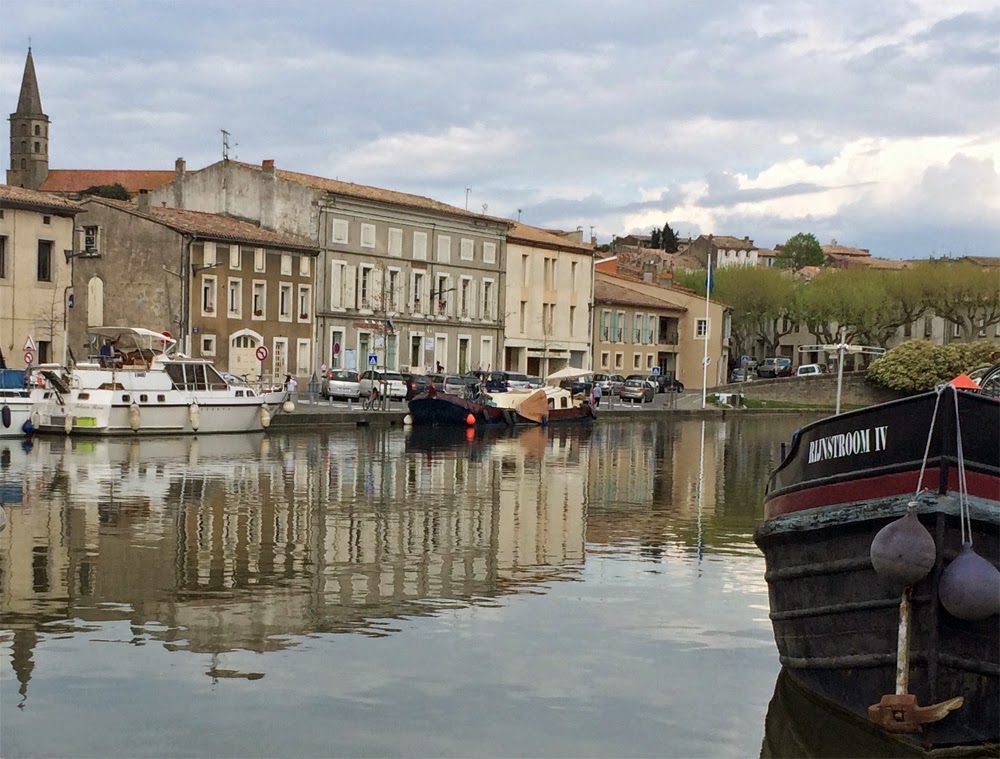 On Thursday afternoon, the 10th of April we had arrived in Castelnaudary and secured to the wall directly in front of the Capitainery. We were greeted by the Capitain, who directed us into the spot and then asked us to come to her office when we had settled-in. She was full of information and gave us local and regional maps and a very informative guidebook to the area. We decided to stay for four days, and the moorage bill came to €40.76, including water, electricity and a strong wifi signal aboard. 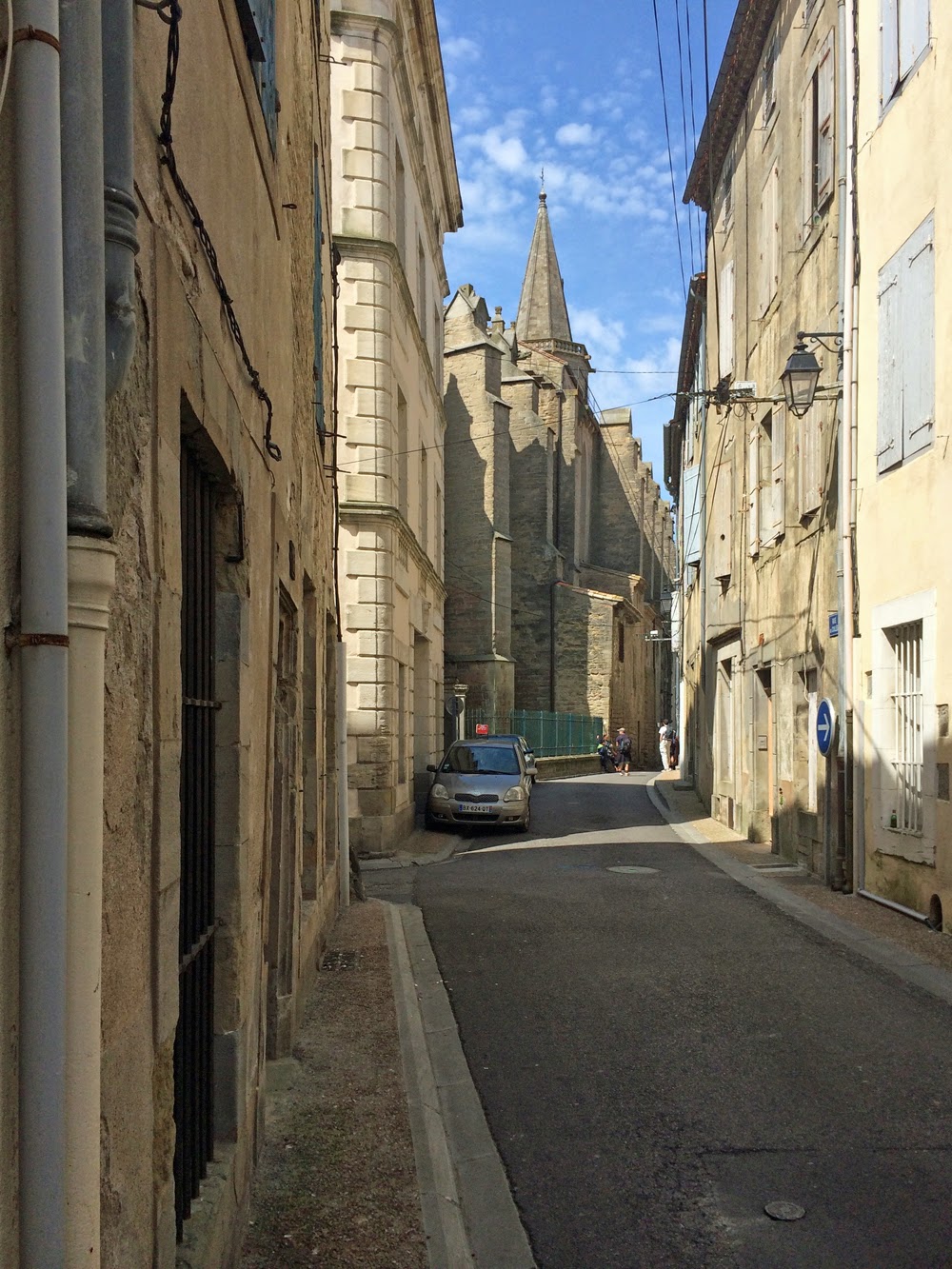 The city of Castelmaudary was first mentioned in 1118 as “Castellum Novum Arri”, “Arius’ New Castle”. The castle was sited on the crest of a steep ridge, and around it the town was built and it became a strategic fortified town during the Crusade against the Cathars. In 1355, during the Hundred Years’ War, it was razed by the Black Prince. In 1553 Catherine de Medici became the Countess of Lauragais and made Castelnaudary the seneschal seat of the region. We walked into the centre of the city and followed the maze of narrow, winding streets and lanes. 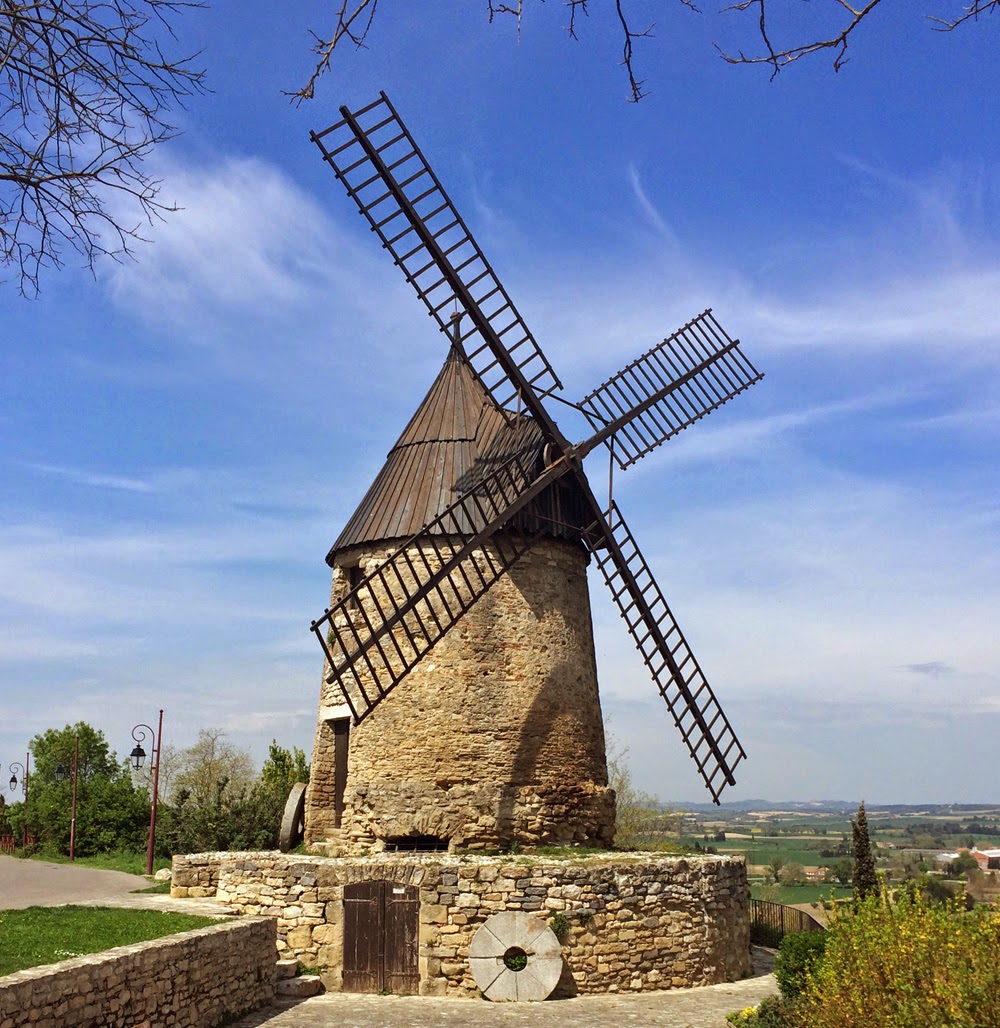 The Lauragais, with Castelnaudary at its heart, was then and remains today a very important grain growing area. With the coming of the canal in 1681, the city had a port from which to easily ship its grain and flour to both the Atlantic and Mediterranean. To handle the grain, by the late seventeenth century there were thirty-two windmills on the ridge at the edge of the city. Of these, only Moulin de Cugarel remains today. It had operated until 1921 and somehow survived rather intact from then until it was fully restored in 1962. It retains all of its inner machinery, the spur wheel, the shaft and two millstone chambers. 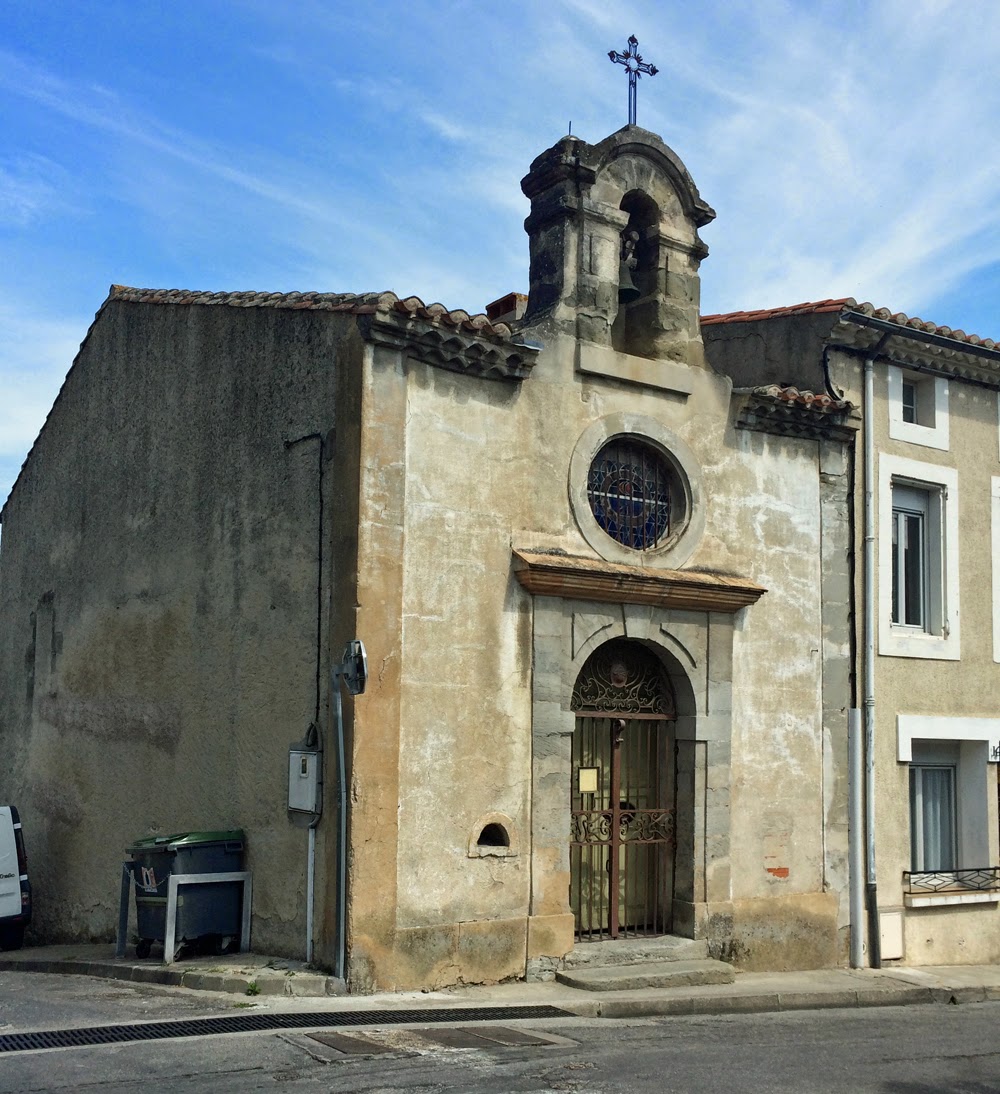 We followed winding ways back down from the ridge top through the old town, looking for la Chapelle Notre-Dame de Pitié. During the French Revolution, to save the chapel and its contents from being sold as a national asset, thirty inhabitants of the neighbourhood got together and bought it. It remained the property of these thirty families until 1972, when it was sold for one Franc to the town council. 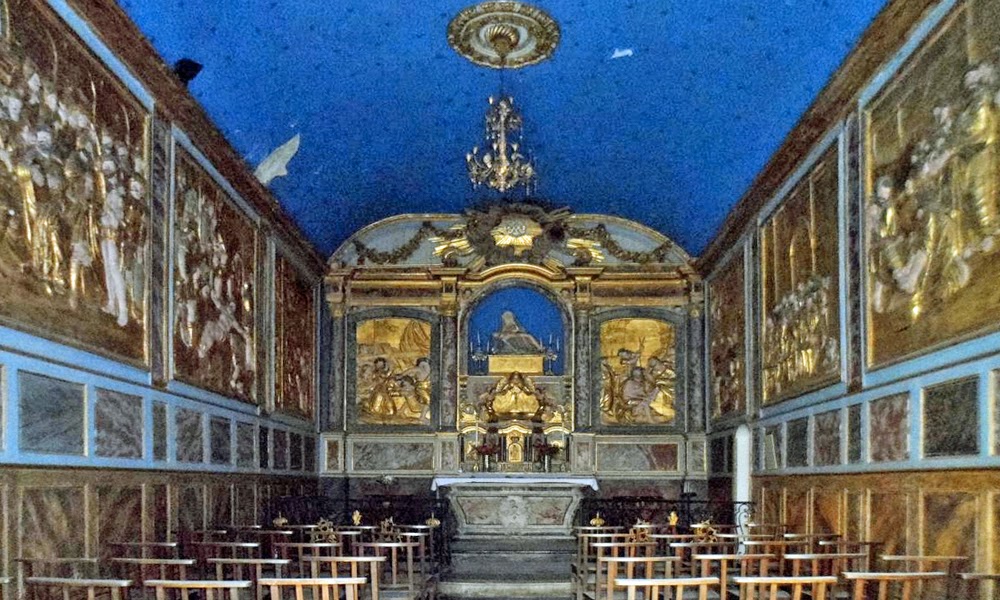 This tiny sixteenth century chapel is famous for its ten gilded carved wood panels depicting the Stations of the Cross. 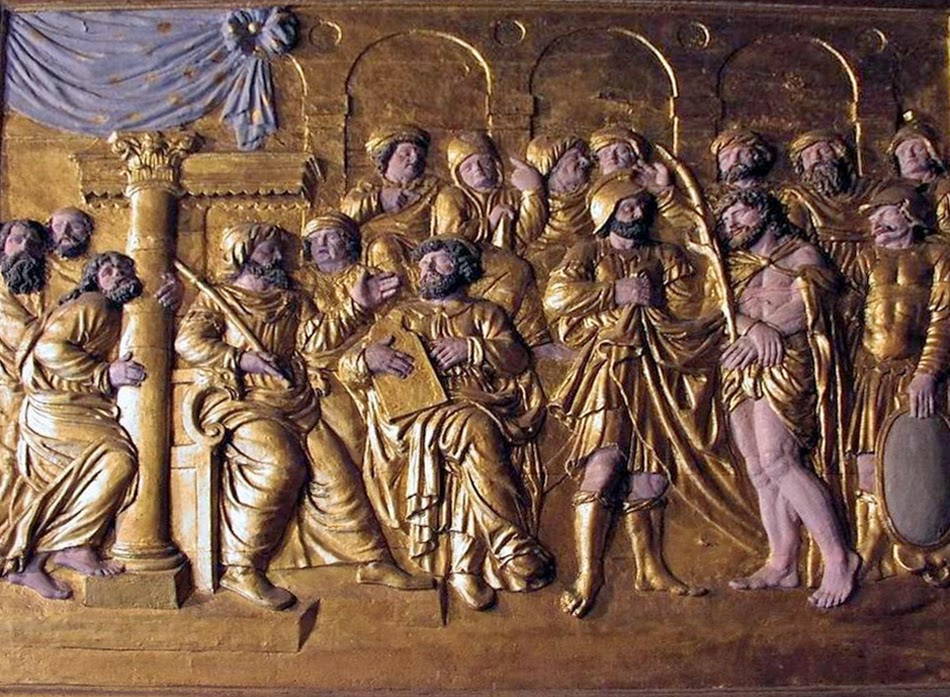 They were exquisitely carved by three local artists in the eighteenth century and the chapel and contents are a listed national monument. 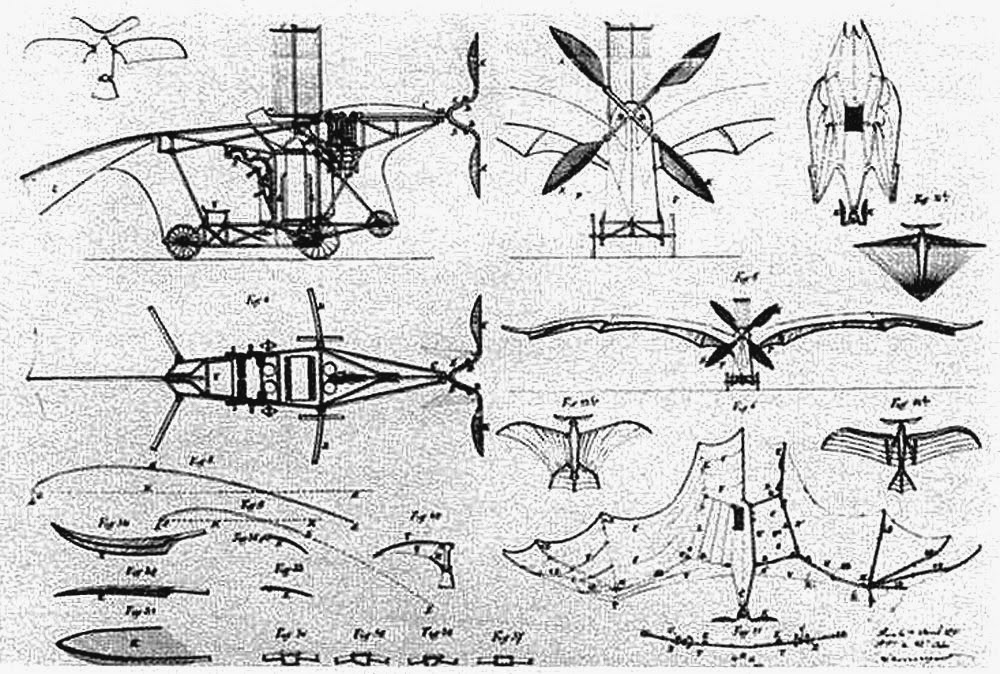 Four kilometres south of Castelnaudary, in the village of Villeneuve-la-Comptal, Clément Ader flew his first glider in 1873. After his first flights he continued to develop flying machines, driven by the idea of powered flight. His first powered flying machine, l’Éole was built in 1886 as a bat-like design with 14 metre wingspan and powered by a four cylinder steam engine he had designed. The engine weighed only 60 kilograms and developed 15 kW to drive a four-blade propeller. The all-up weight of the aircraft was 300 kilograms.

Clément Ader is known as the “Father of Aviation” as the first man to design, build and fly a powered aircraft. On 9 October 1890 he took off in l’Éole and flew for approximately 50 metres becoming the first heavier-than-air machine to take off under its own power. This was more than thirteen years before the Wright Brothers’ flight at Kitty Hawk, which most people in the USA still believe was the world’s first powered flight. 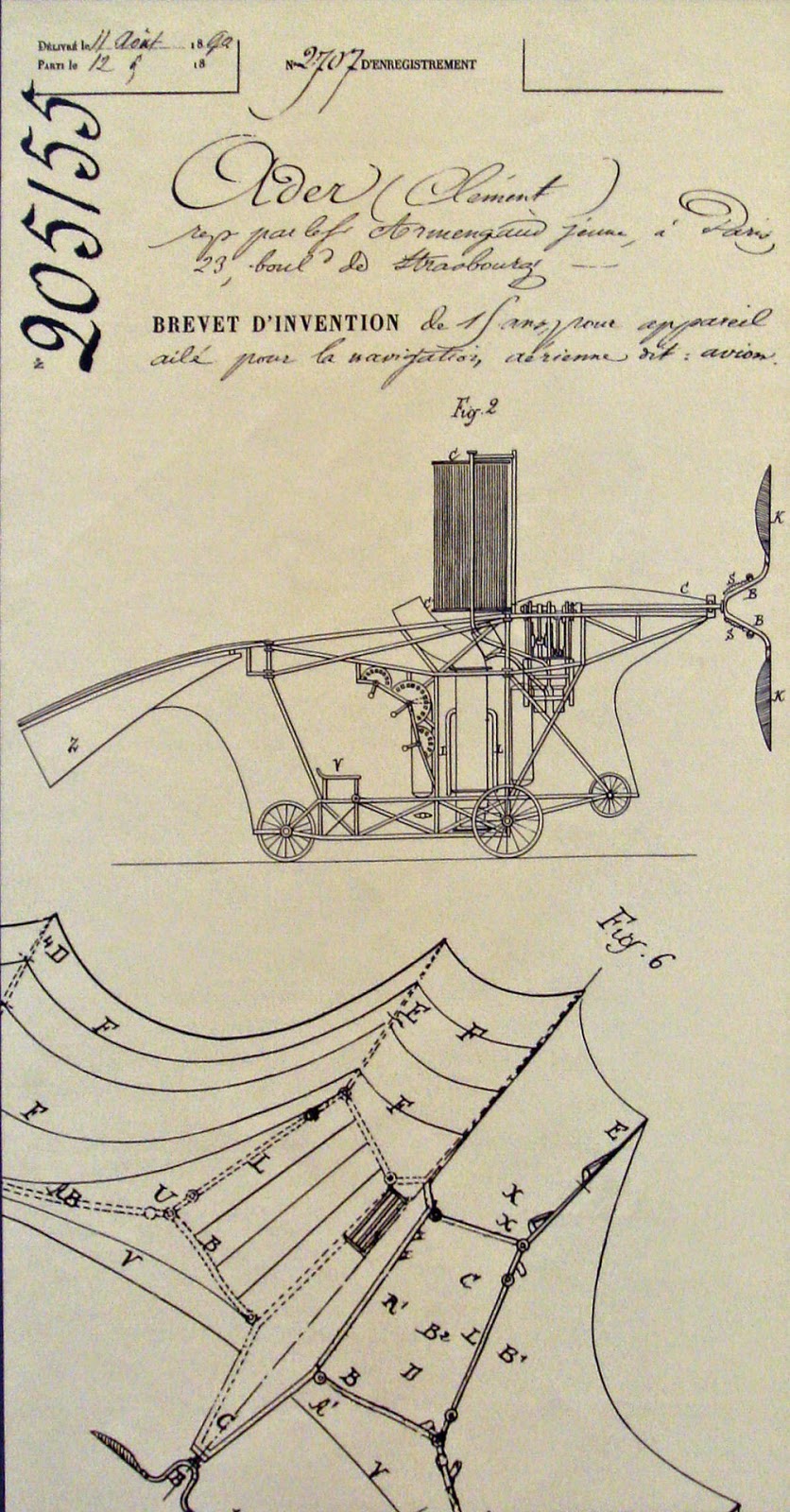 In August 1890 he was issued a patent by the French government for “… appareil ailé pour la navigation aerienne, dit: avion”, which translates to “winged device for air navigation, called: aircraft”. He coined the French word for aircraft: “avion”.

He continued to refine his designs and in 1897 he had built his third aircraft, Avion III, a twin-propeller machine which is shown flying in this old photo. His designs lacked controls, so the flights were rather erratic. 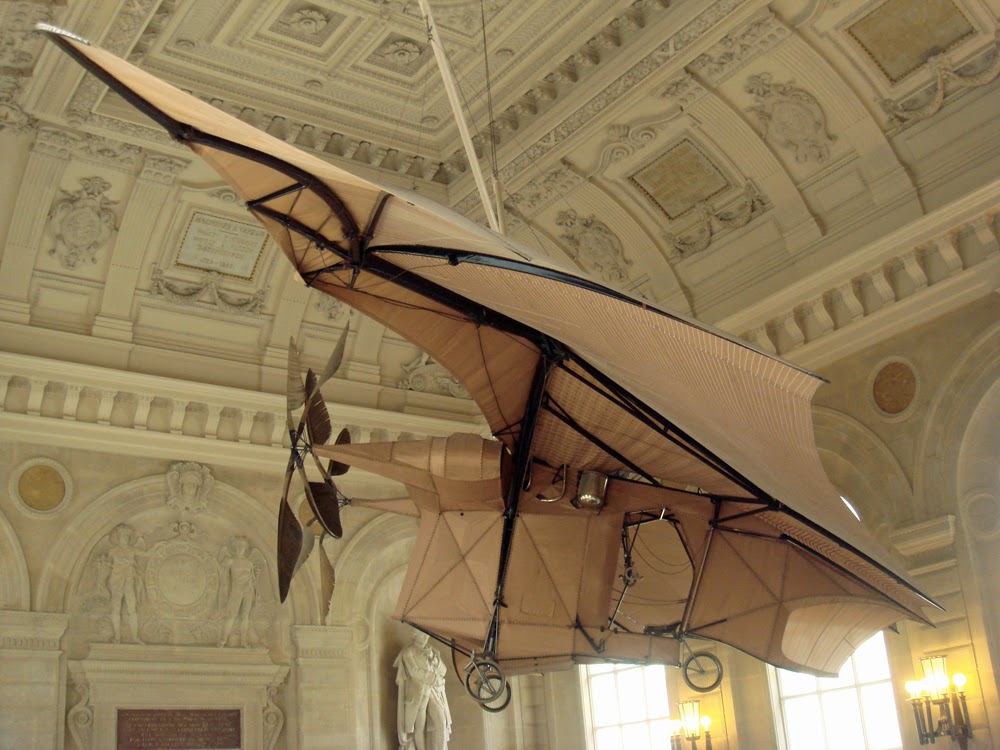 The first controlled heavier-than-air flight was made in Fairfield, USA in August 1901 by Gustav Weißkopf (Whitehead), a German immigrant, in his Monoplane Number 21. This was twenty-eight months before the touted Wright Brother’s flight. 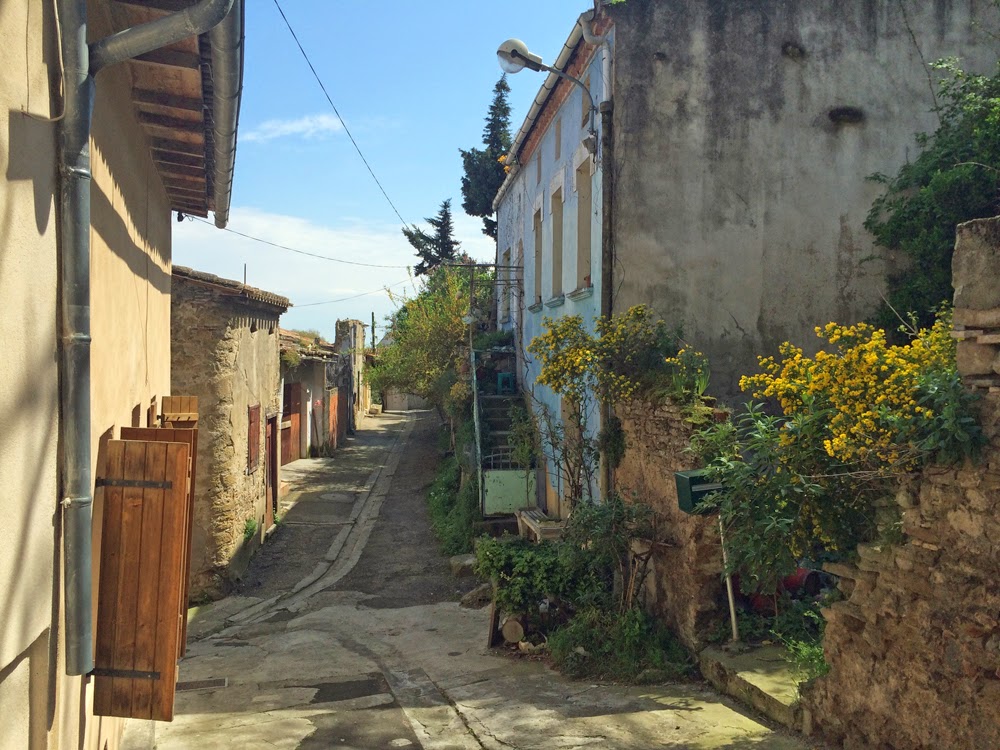 We enjoyed our days in Castlenaudary, wandering the main streets and back lanes, enjoying the mix of old and new. Castlenaudary is famous for its cassoulet, white beans with pork, fat and sometimes duck confit, baked in a deep earthenware dish called a cassole. However; having grown up eating the poor people’s food of baked beans and pork, we could not get our minds around it as a dining treat, so we passed. 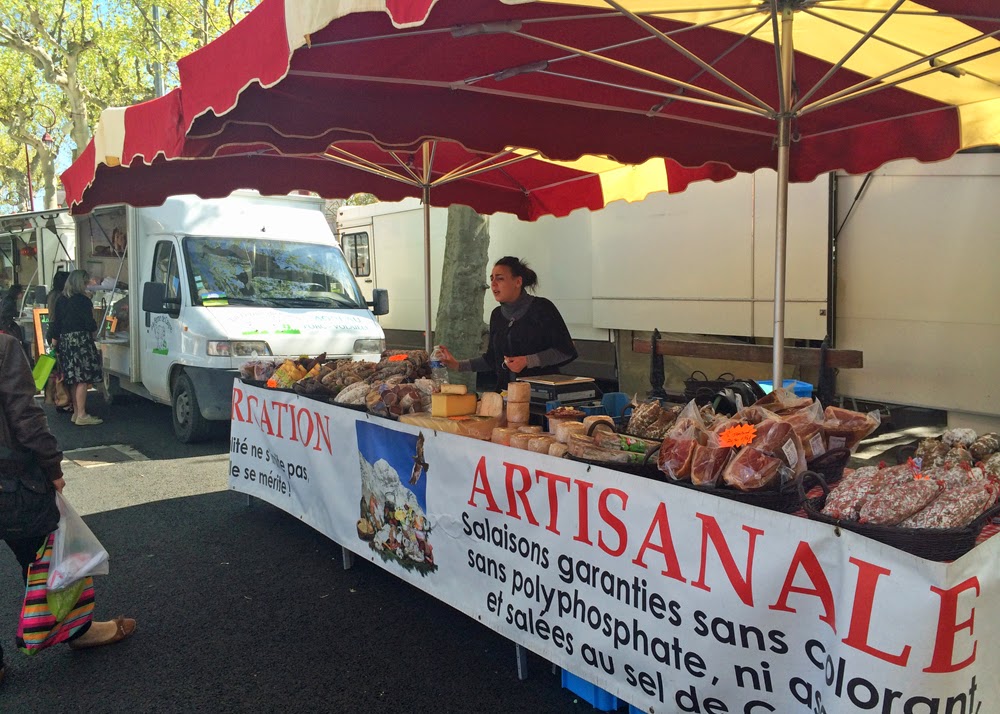 On Monday, after a visit to the weekly market in Place de la Republic, we unplugged our shore power, slipped our lines and continued up canal.
Posted by Zonder Zorg at 14:46