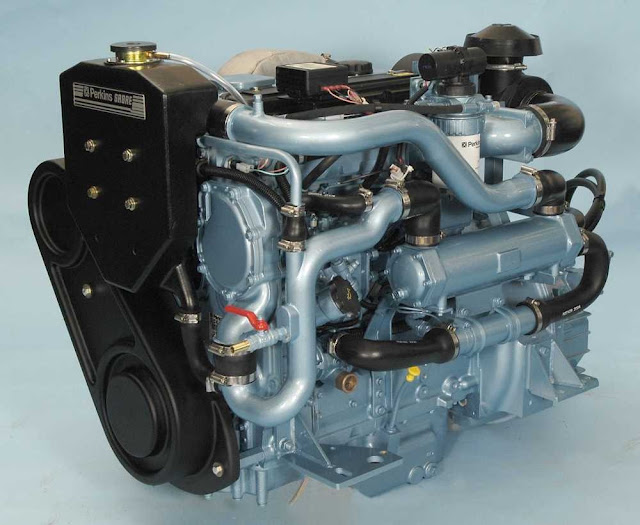 With all the equipment that had been installed the past couple of weeks around the periphery of Zonder Zorg's engine room, there remained a large yawning void in the centre. The space was waiting for the engine. We had decided on a Perkins-Sabre M92B. 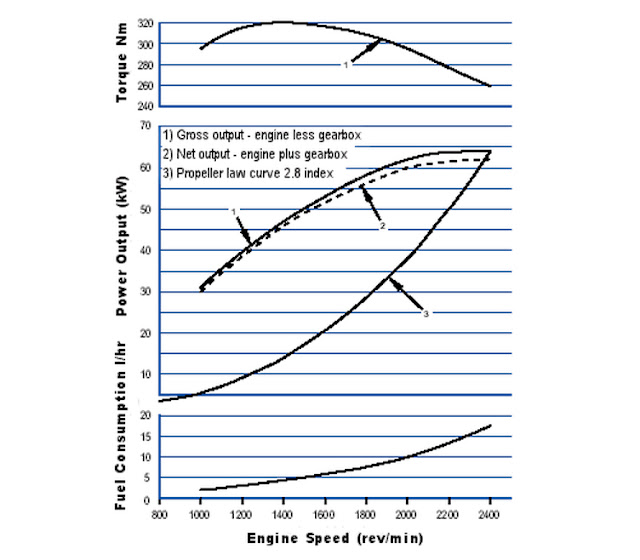 The M92B is a 4.4 litre, 4 cylinder in-line, vertical 4 stroke water cooled and naturally aspirated diesel engine with a fresh water heat exchanger. Among the things I like about the engine is that its maximum power and torque are developed at low revolutions. The torque curve is rather flat, with its maximum developed at only 1400 rpm, where the fuel consumption is about 4.5 litres per hour. With a properly matched propeller, this will allow us to cruise at the 8kph speed limits of most small canals at around 1200 rpm or so, while burning about three litre per hour. 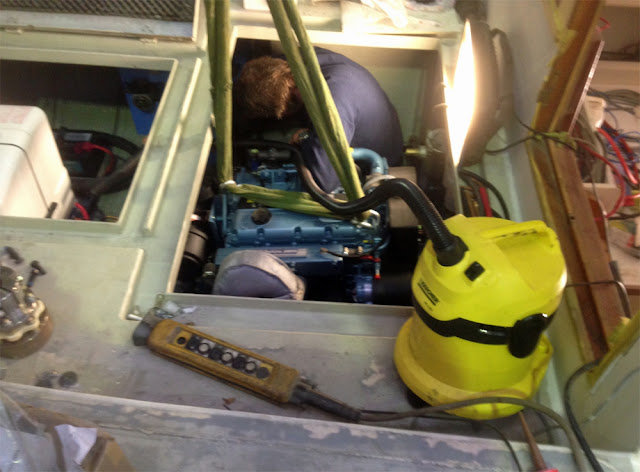 Last night Klaas sent a couple photos showing the engine being lowered into the space that had been left for it. 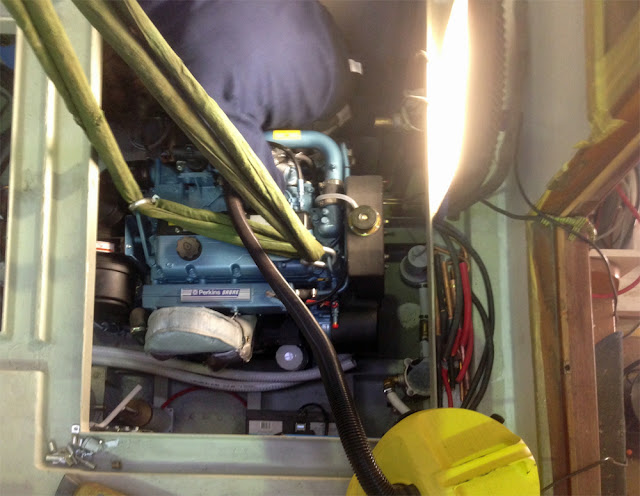 It was then fitted onto the mounts that had been prepared for it, and in short order, the raw water cooling, exhaust, fuel and electrical systems were connected. Zonder Zorg again has motive power.
Posted by Zonder Zorg at 11:03