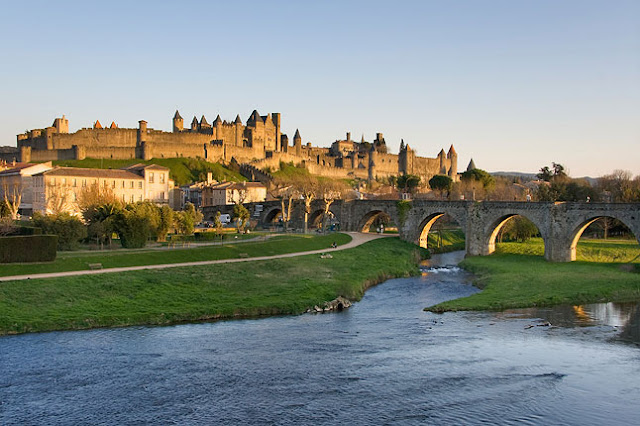 When we were in Southern France in mid-February on our way back to Friesland from Spain, we stopped in Carcassonne and Narbonne to investigate possibilities for winter moorage. To hedge our bets, we applied to both. Now after three months of communicating and negotiation, we are delighted to have secured a place for Zonder Zorg in the Port de Carcassonne. 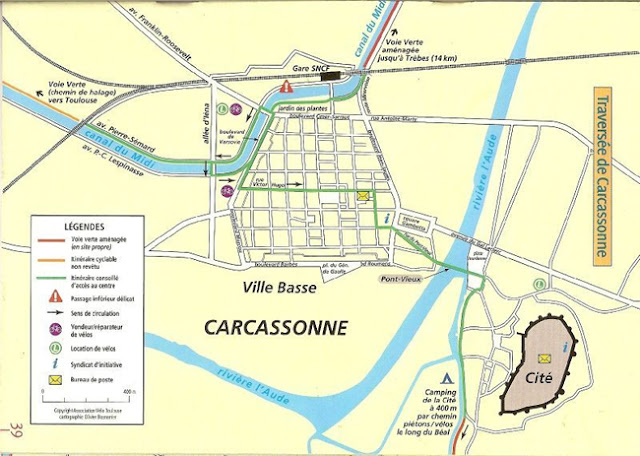 The Port is located adjacent to the exclamation triangle symbol on this bicycle map. It is at the edge of Ville Basse, which is referred to as the New Town. New because it dates only to 1247, when Louis IX founded it below and across the River Aude from La Cité, the fortified citadel on the hill.

The first settlement in the area dates back about 5500 years, but it wasn't until about 2100 years ago that the Romans fortified the hilltop. In 462 the Romans formally ceded the province of Septimania to the Visigoth King Theodoric II, who had captured Carcassonne in 453. Through the following thousand years and more, Carcassonne was the target of attack by seemingly everyone with any aspiration to power in Western Europe. Among these were the Goths, Franks, Saracens, Burgundians, Moors, Albigensians, and the Cathars. 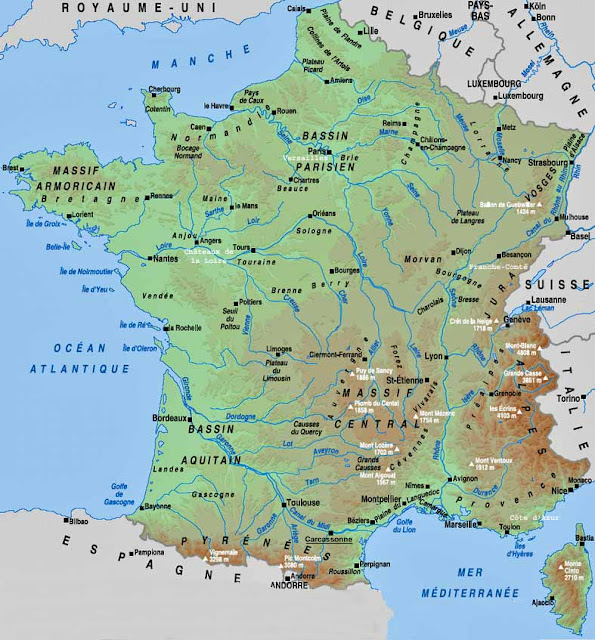 Carcassonne is home to about 50,000 people. It is about mid-way along the Canal du Midi from the Mediterranean to Toulouse, and is within a few kilometre from being the most southerly part of the French canal system. A major portion of its businesses is tourism, centred around La Cité and the Canal du Midi, both UNESCO World Heritage Sites. Wine growing is also a major focus here, it being in the heart of the Languedoc-Roussillon wine region, with many famous areas, such as Minervois, Corbières and Limoux nearby. We look forward to a pause there.
Posted by Zonder Zorg at 14:59