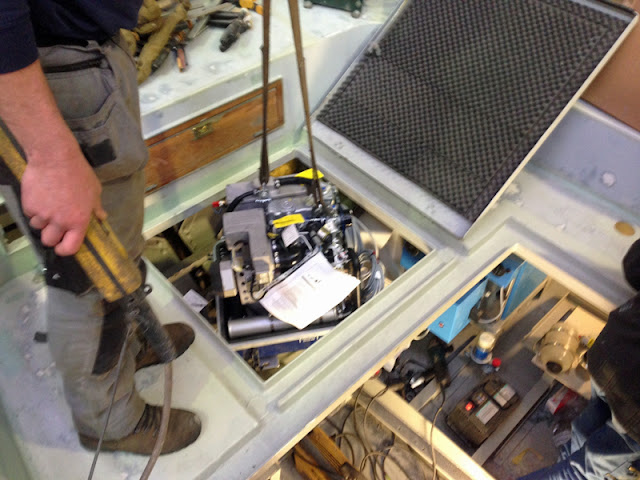 Another small batch of photos arrived last evening from Harlingen. These show some of the work done prior to Zonder Zorg heading over to the paint shop. The new generator was lowered into the after end of the engine room. 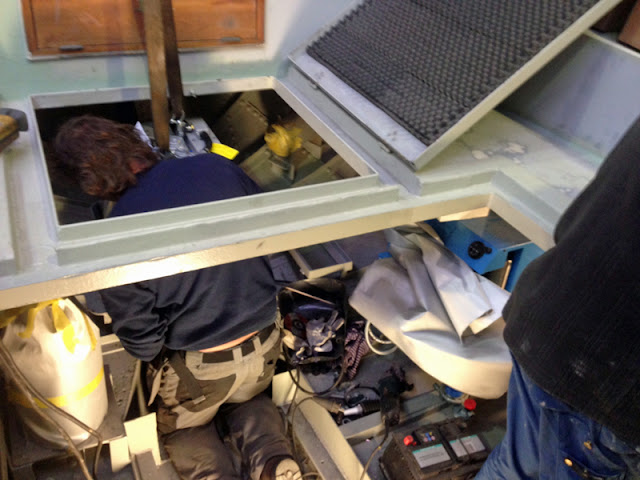 It was then moved aft and onto the bed that had been prepared for it. 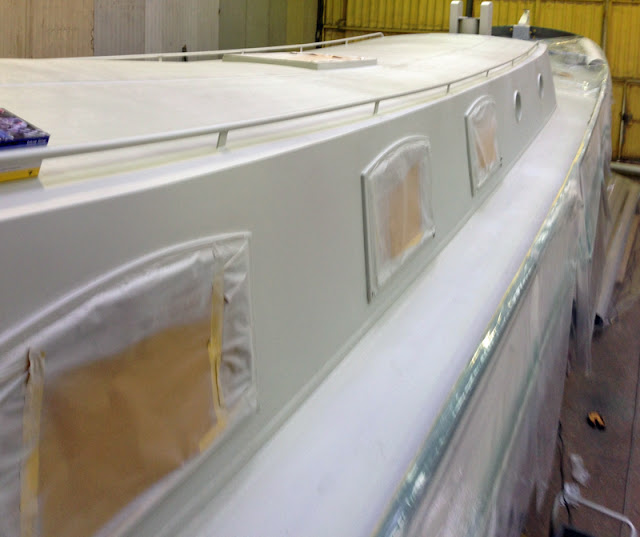 Meanwhile, as work on the engineering continued, up top the roef was masked and primed in advance of the painting appointment. 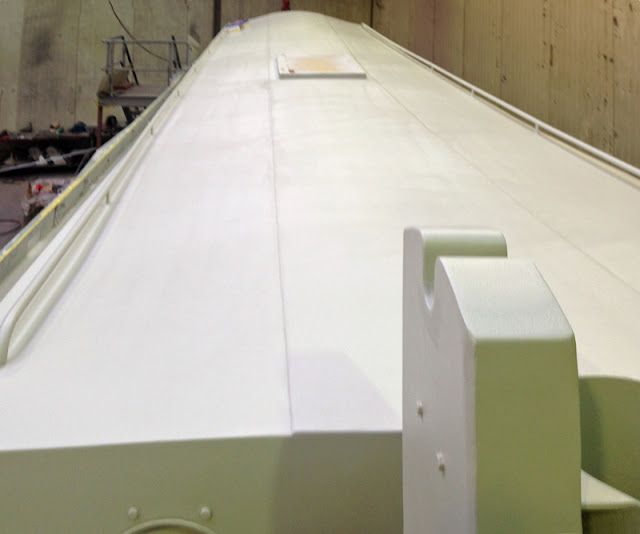 Here, looking aft over the mast tabernacle, we see the graceful curves of the newly-extended roef. 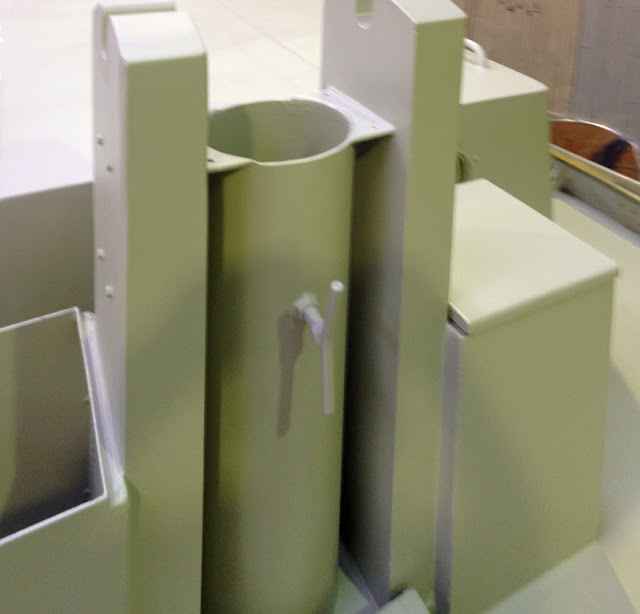 Here are details at the mast tabernacle. Flanking it are the two new propane tank boxes, and in the middle, the new caisson for the spud leg is nicely and unobtrusively fitted in place. When deployed, the retractible spud leg will extend as much as two metres below below Zonder Zorg's bottom, which is three-quarters of a metre below waterline. This will give a quick and convenient mooring to the canal bottom in up to two-and-a-half metres of water depth. Most small canals are less than two metres in depth, many of them much less. Not only will the leg be useful for remaining in position while waiting for a lock or a bridge, it will also be ideal for securing alongside the usually rough and irregular canal banks that are found in most places except the organised mooring spots. The leg is just over five metres back from the bow, so mooring lines ashore from the bow and stern cleats will have more than ample leverage to hold her aligned to the bank, and our three-metre aluminium gangplank, which attaches to the gunwale, will bridge the gap.

The placement of the spud leg between the pillars of the tabernacle precludes our fitting a mast. While our initial intention had been to re-rig Zonder Zorg for sail, we decided that we were getting to an age where sailing her would be too much of a chore. Additionally, our thinking was that for the few times we would have sailed her, the clutter of folded mast, boom and gaff and all the associated shrouds, stays, sails and other rigging would be in the way on the canals. Our voyage through Patagonia and around Cape Horn had satisfied our thirst for sailing. We decided to forego the mast and go for a more relaxed boating adventure.
Posted by Zonder Zorg at 12:54