To the Canal de Bourgogne 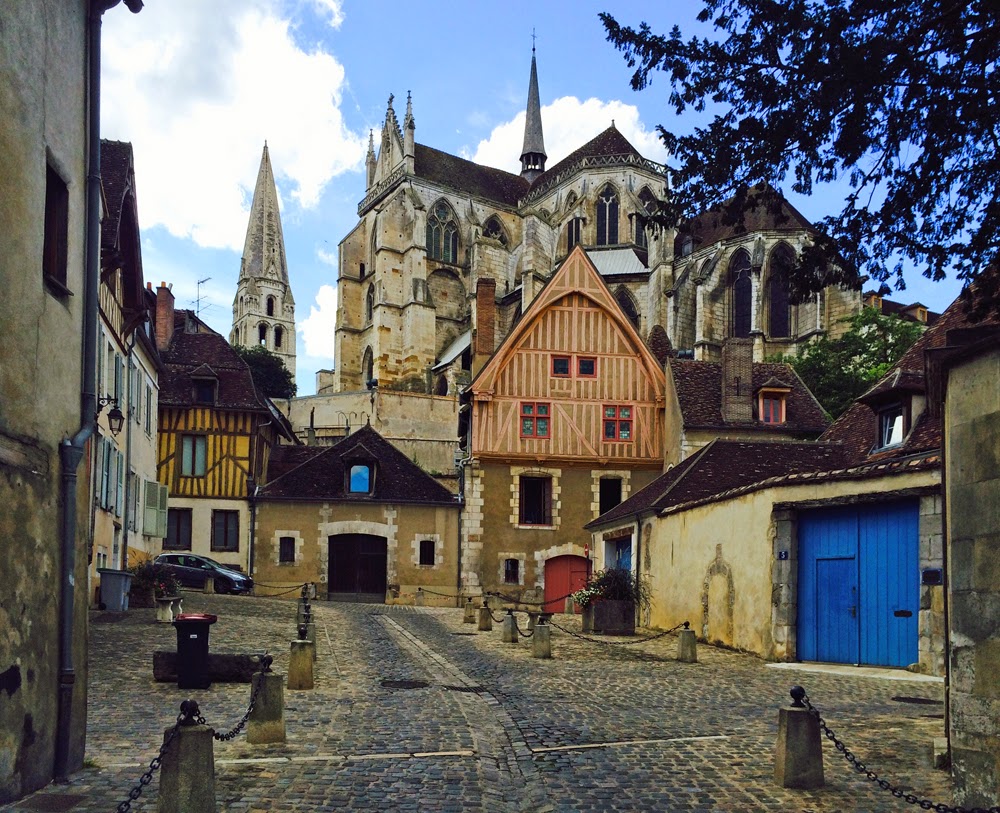 We had arrived in Auxerre on Thursday, 28 August after a two-week transit of Canal du Nivernais. We moored to iron rings on the stone wall beneath Cathédrale Saint-Étienne in the historic heart of the city and relaxed. 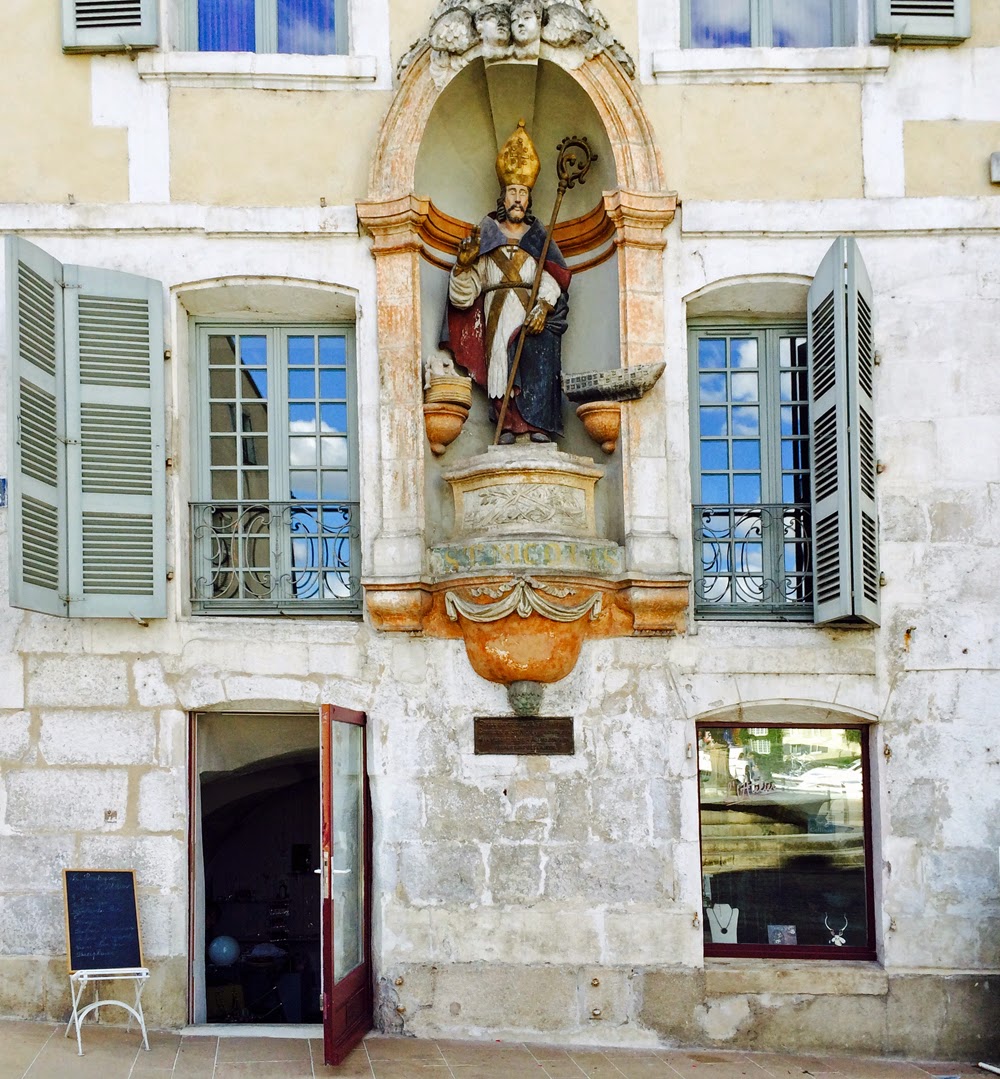 On Friday we went exploring the old city. Off our stern was Place Saint-Nicolas with a large statue of the patron saint of mariners set into the wall of a fine old building that once housed Yonne boatmen. We paid our respects and continued up the hill to the cathedral. 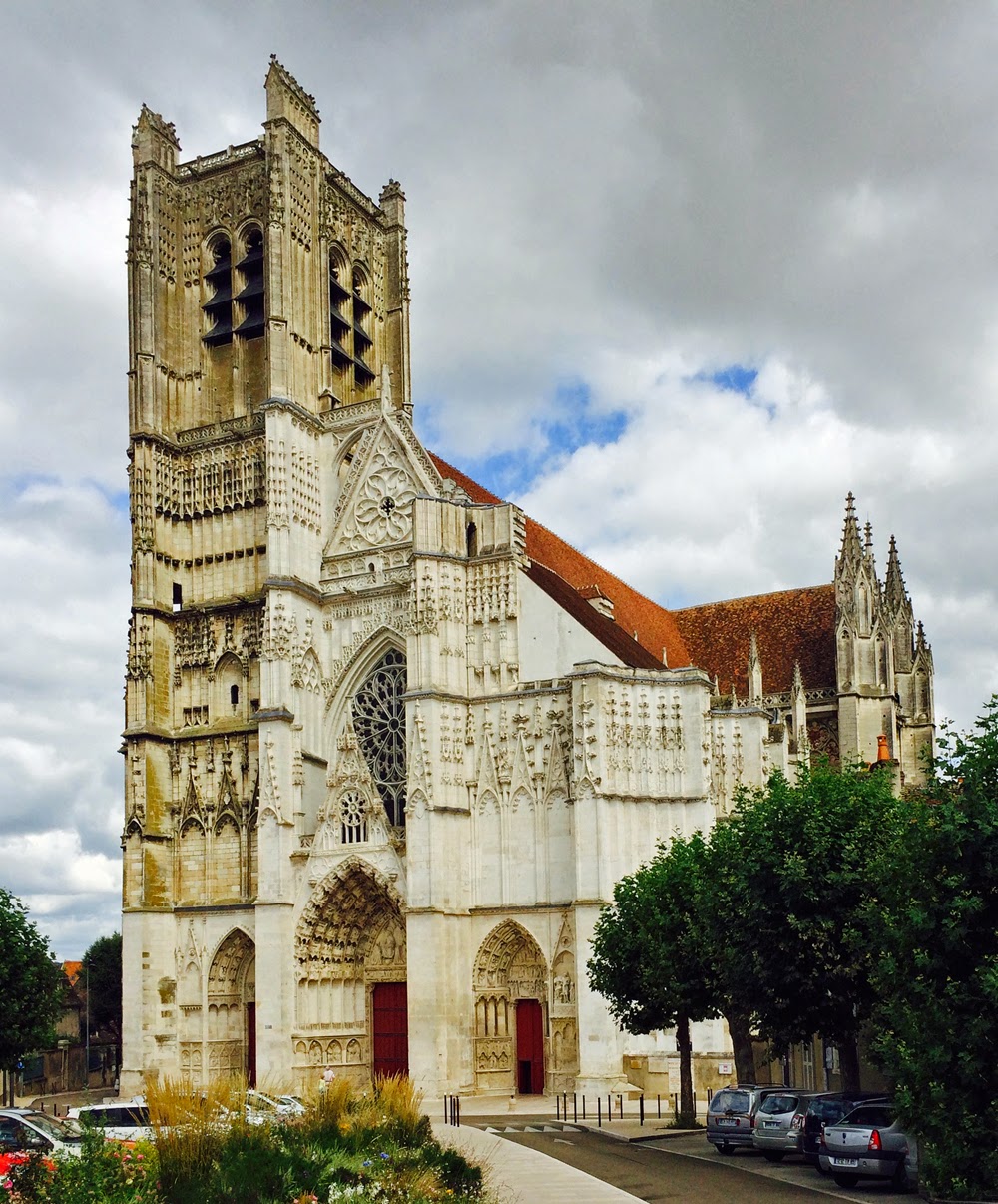 A Christian church has stood in this site on the crest of the slopes above the Yonne River since St-Pelerin built a basilica here at the end of the third century. Around the year 400 the basilica was replaced by a cathedral, which lasted 500 years until it was destroyed by fire. The replacement lasted only until 950, when it also was destroyed in a fire. The cathedral was again reconstructed, only to be destroyed by the great fire of Auxerre in 1023. 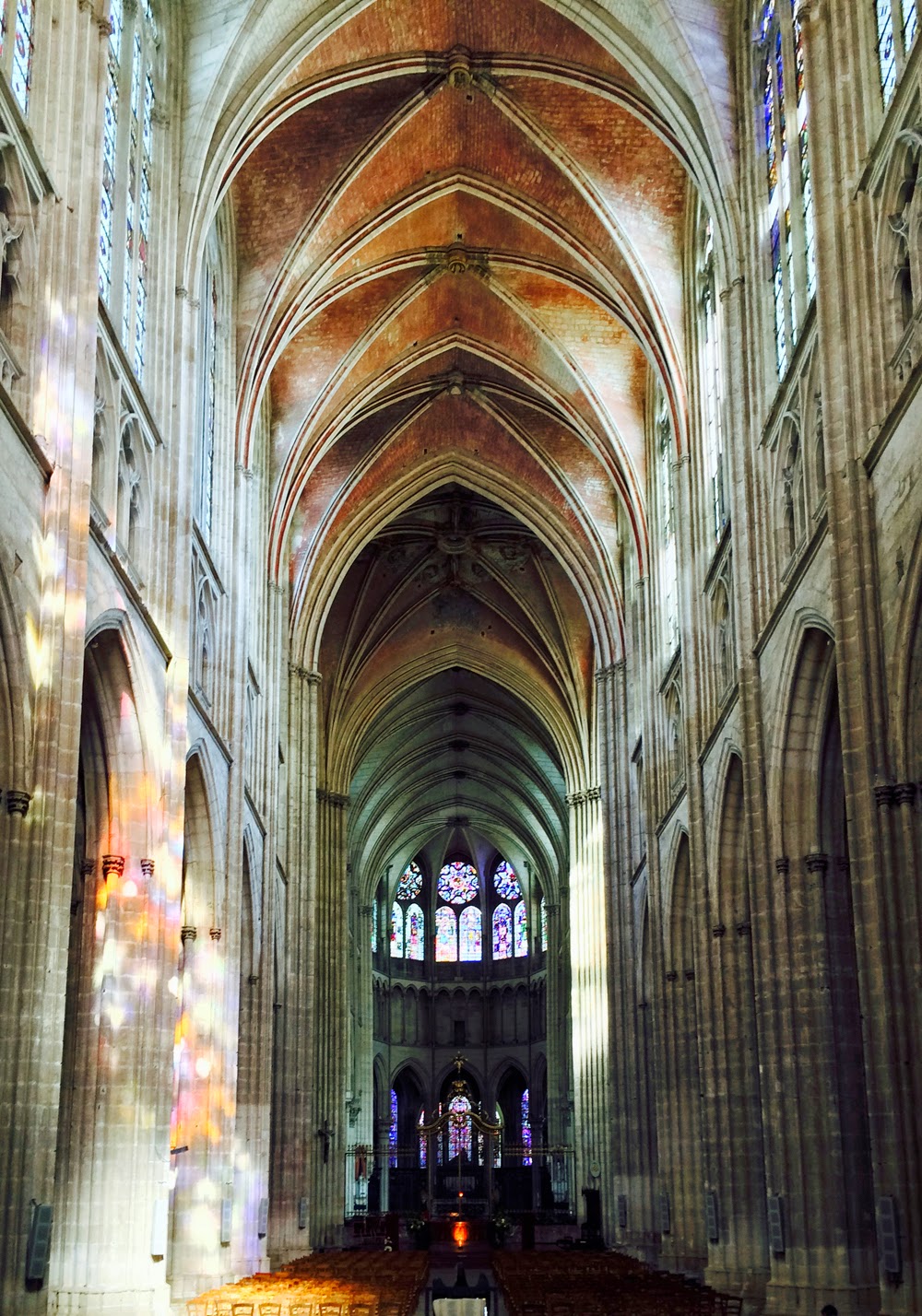 A new Romanesque cathedral was immediately begun and completed in 1059. In 1215 construction began on the current gothic cathedral, replacing the Romanesque structure gradually. By 1478 the vaults of the nave were completed and all that remained of the former buildings were the crypts. 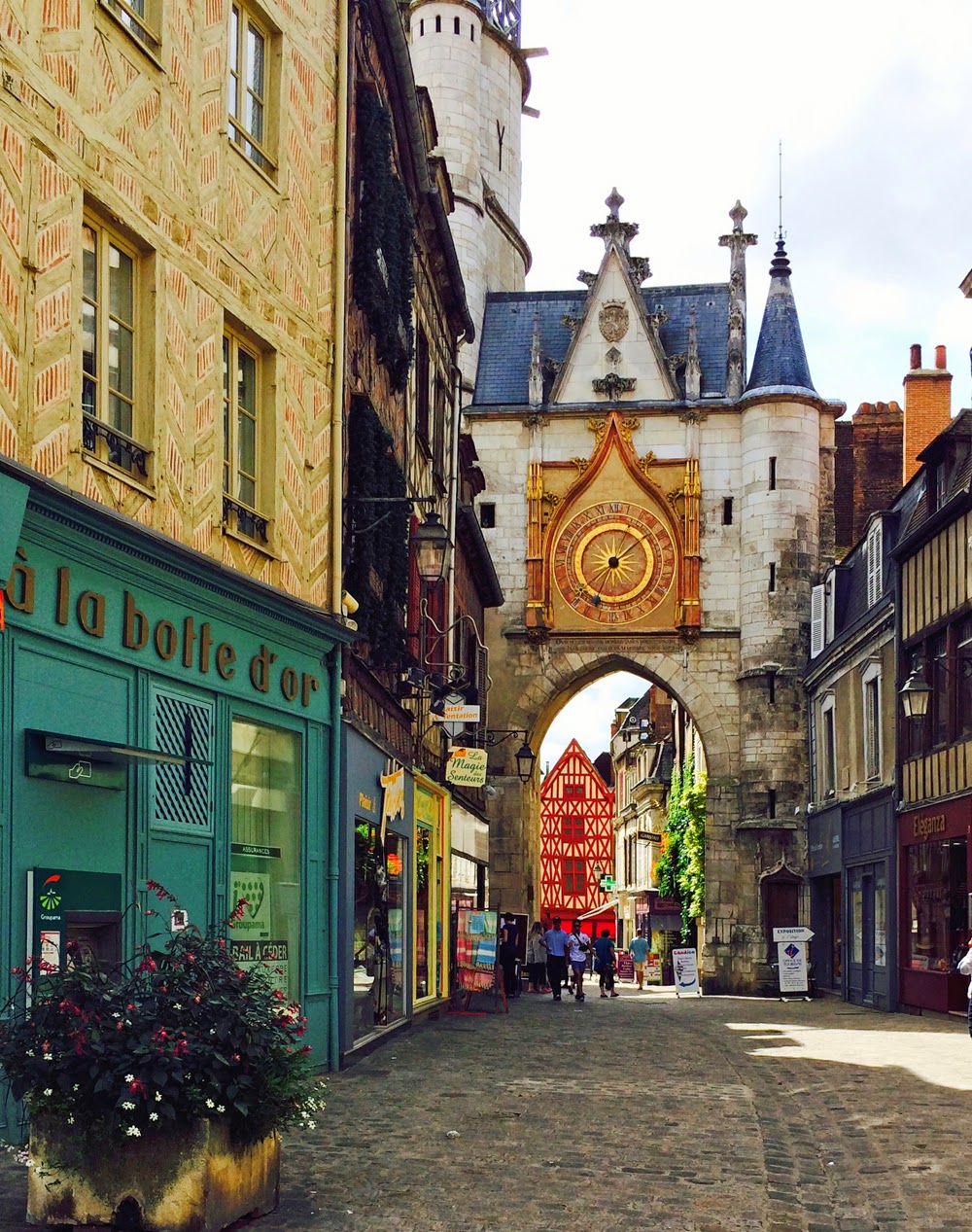 From the cathedral we wound through a maze of streets and arrived at la Tour de l’Horloge, one of the old city gates dating to the fifteenth century. In its base are vestiges of third and fourth century Roman structures. 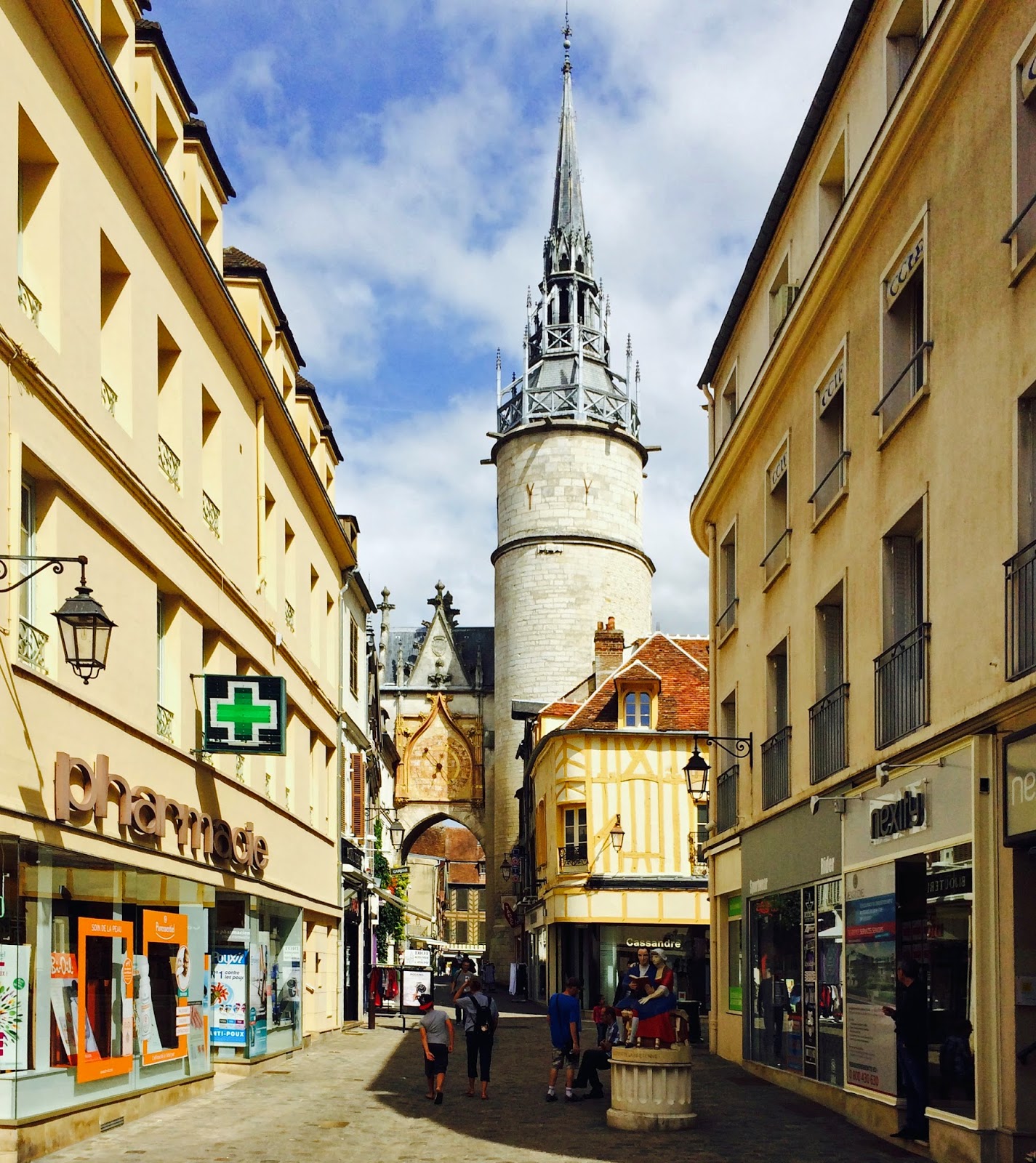 We walked through the old gate and into Place des Cordeliers, the fashionable shopping street. On Saturday morning, suitably rested and with our larders fully restocked from the nearby supermarket, we slipped and headed down the Yonne and into the first lock. 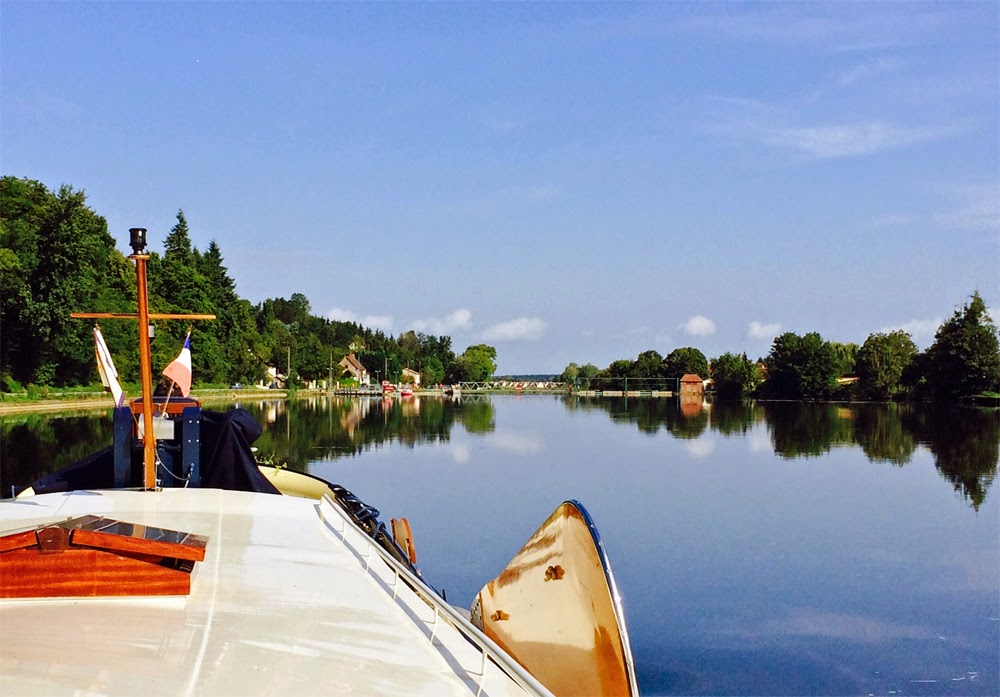 From Auxerre navigation is along the Yonne River, which flows another 108 kilometres to its junction with la Seine. It was a clear, calm day as we made our way downstream. 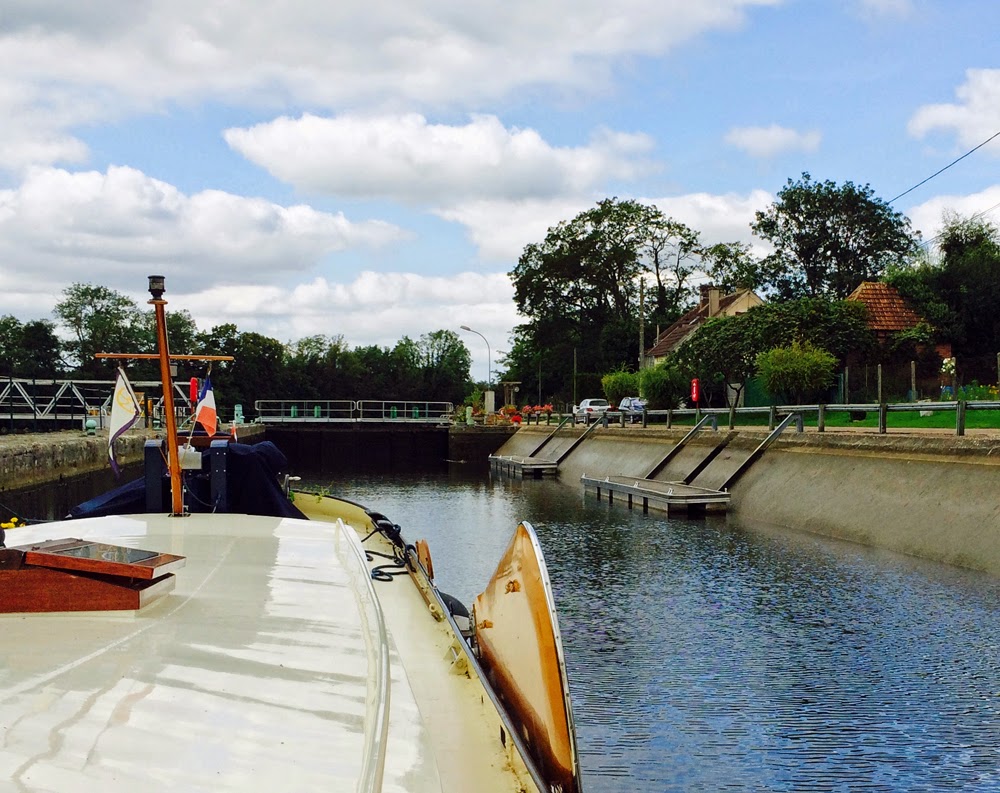 We were following the river for only twenty-three kilometres of this, heading to the junction of le canal de Bourgogne. There are nine locks along this course and we soon came to one with a vertical wall and a sloping one. I chose to secure on the vertical side, but as the basin began to drain and we handled the lines, we watched floats on the other side gently slide down rails on the slope. I made a note to myself to select the floats the next time we came to a similar lock. 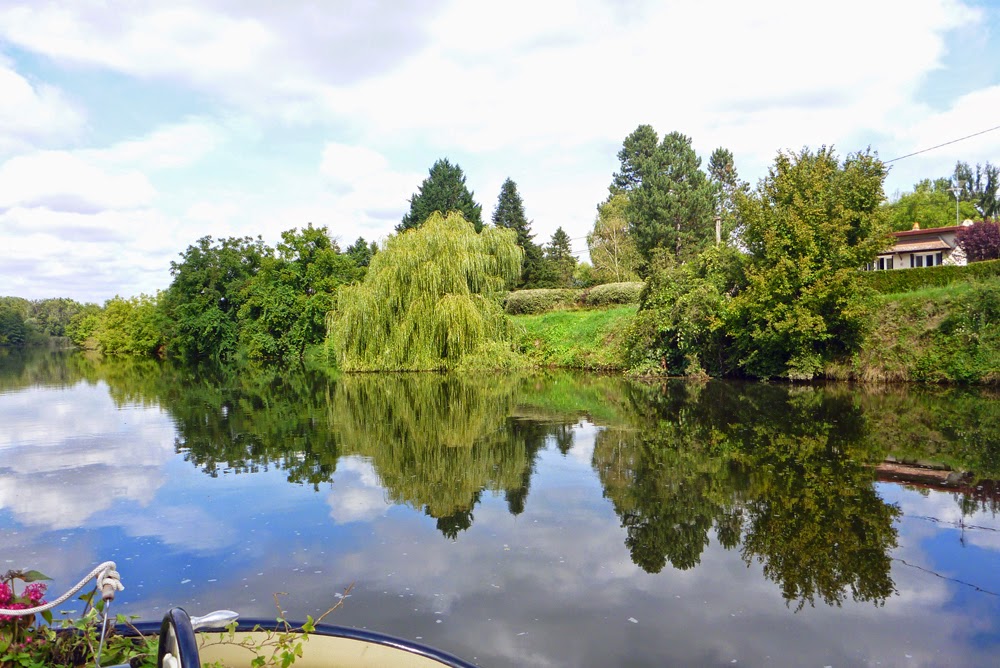 We continued down the river through mostly very pretty scenery. We did come to another slope-sided lock and used one of its convenient floats. 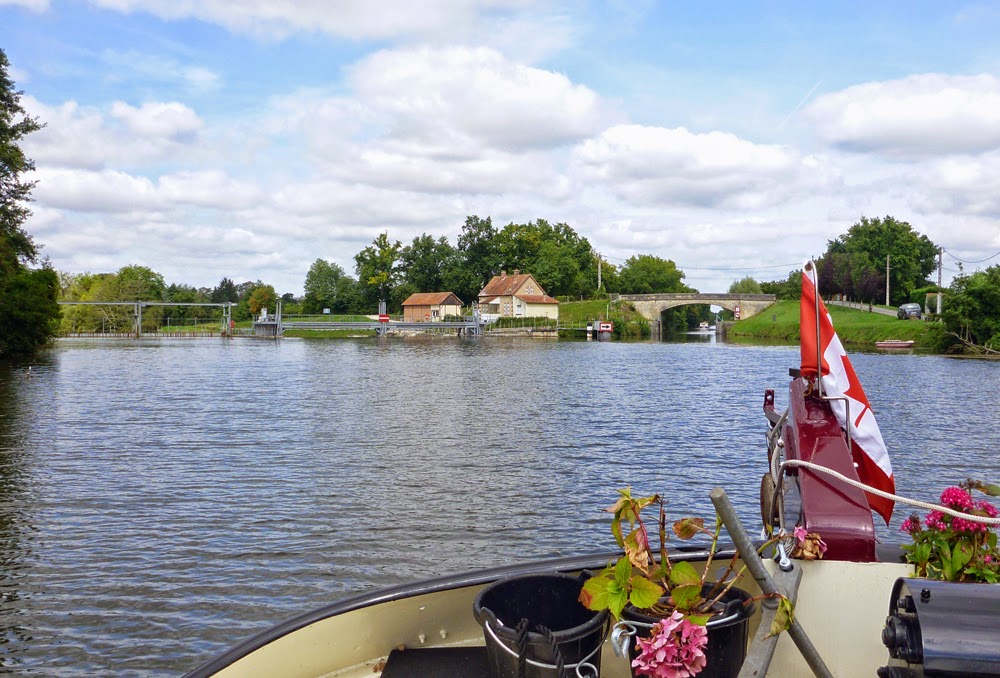 Approaching the bridge hole leading into Derivation de Gurgy, we saw an up-bound that appeared to be ignoring our down-bound priority. Not only were we the priority vessel, but we were also closer to the narrow passage. I sounded five short blasts on Zonder Zorg’s air horn: “You are standing into danger” or “I don’t understand your intentions”. Whether the skipper of the boat understood the meaning of the signal or was just cowered by the authoritative, deep toots, he immediately took action, slowed and veered toward the bank. 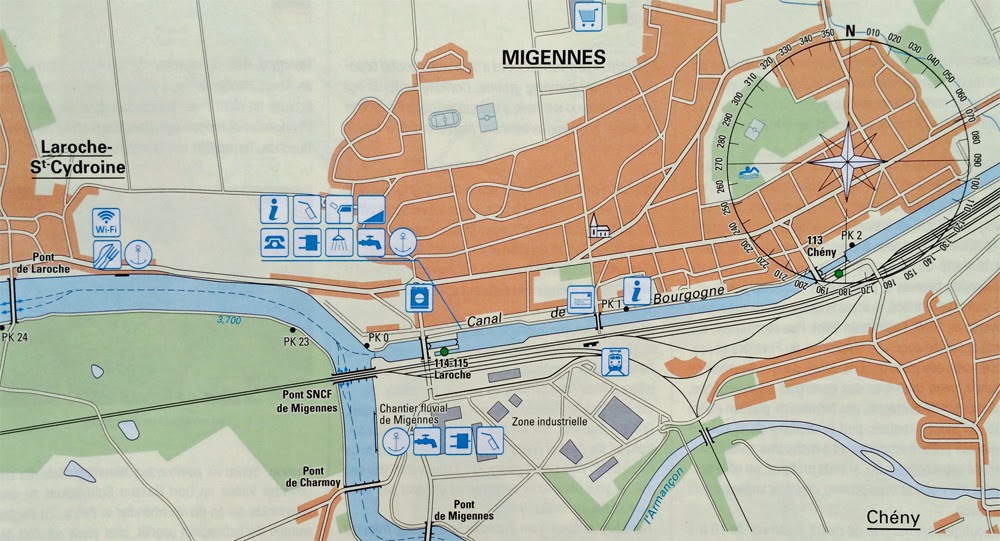 At 1530 we arrived at the junction and turned to starboard into the basin below the first lock of le canal de Bourgogne. 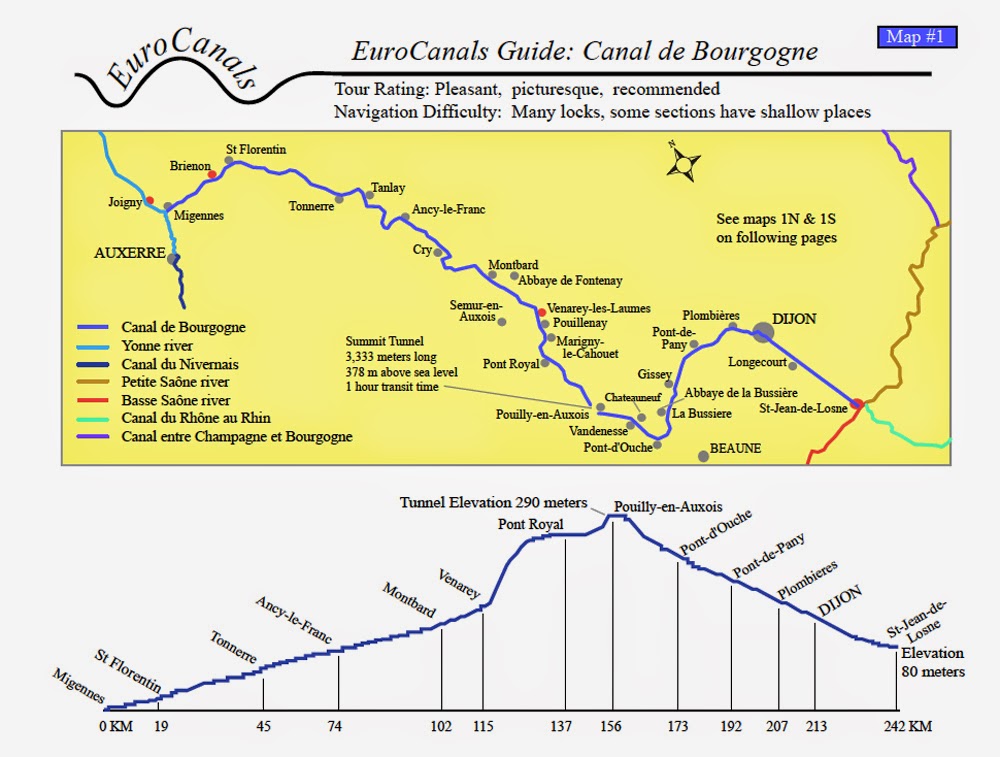 We waited for down-bound boats to clear the lock and then we started up the first of 115 locks toward the summit. At 1610 we secured in the basin in Migennes and called it quits for the day. Ahead of us were another 188 locks and 242 kilometres back to le Saône. We reflected that in the Netherlands there are only 186 locks in its 6000 kilometres of canals.
Posted by Zonder Zorg at 04:35