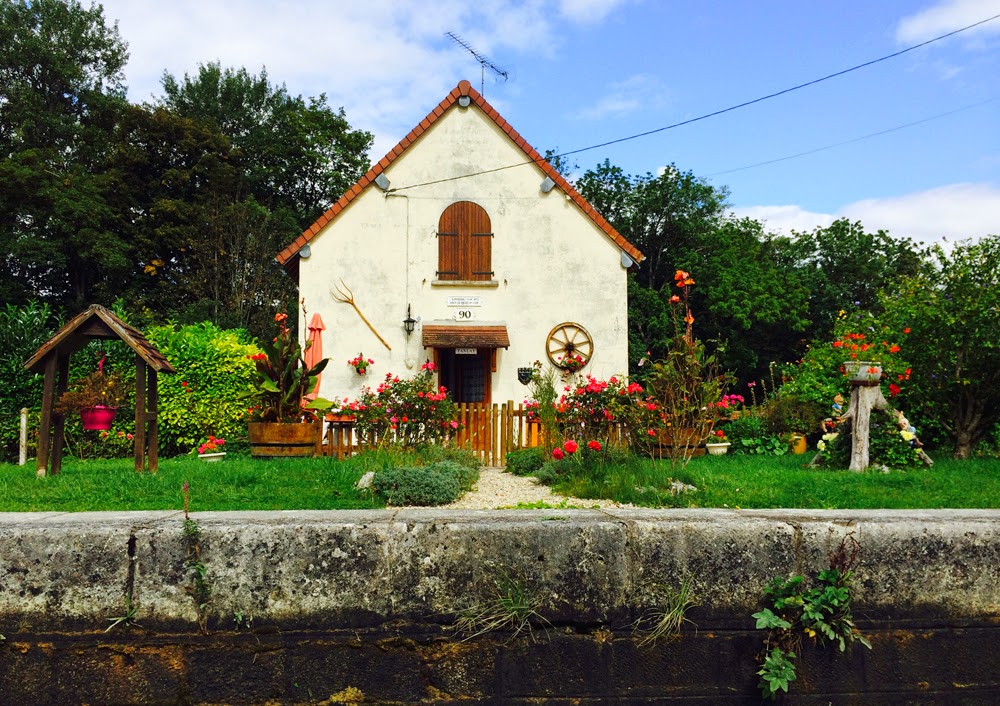 After a relaxing pause in Tonnerre, on Tuesday, 3 September we continued up le canal de Bourgogne. Eight kilometres along we came to Écluse Tanlay, our sixth lock of the day. A couple hundred metres beyond the lock we moored and walked through the town of Tanlay to visit its famous château. 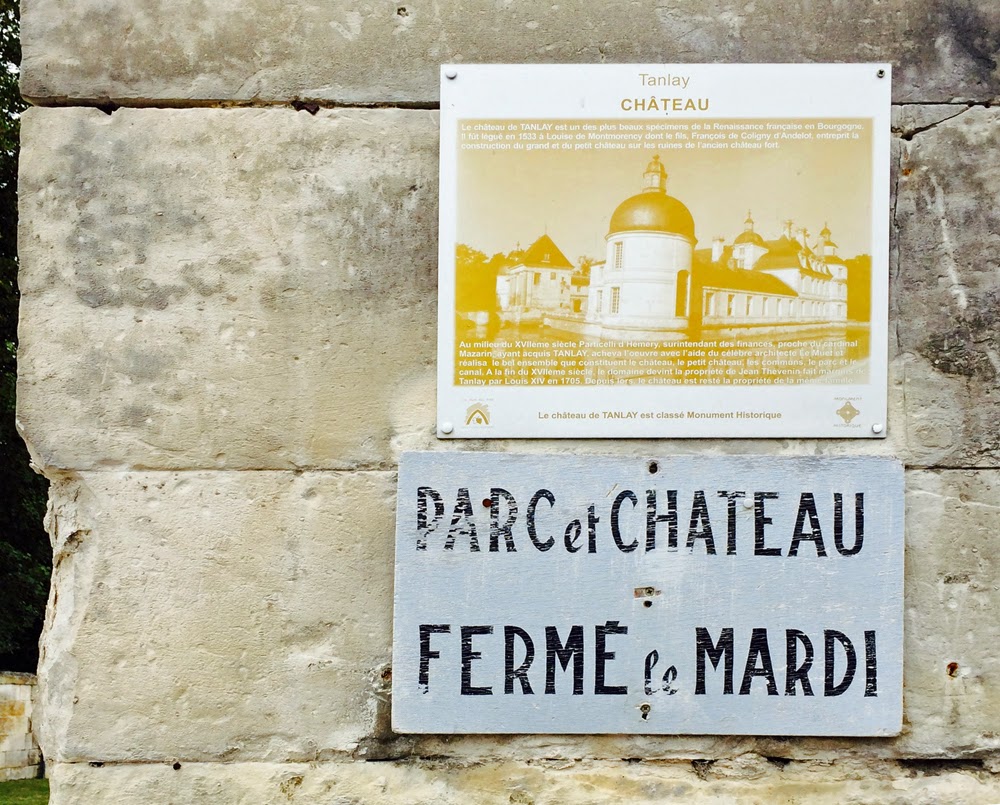 We arrived at the gate to see a sign indicating that the grounds and the château are closed on Tuesdays. We have adopted a new meaning of the expression WTF: What the France? We decided to remain in the mooring overnight and try again on Wednesday. 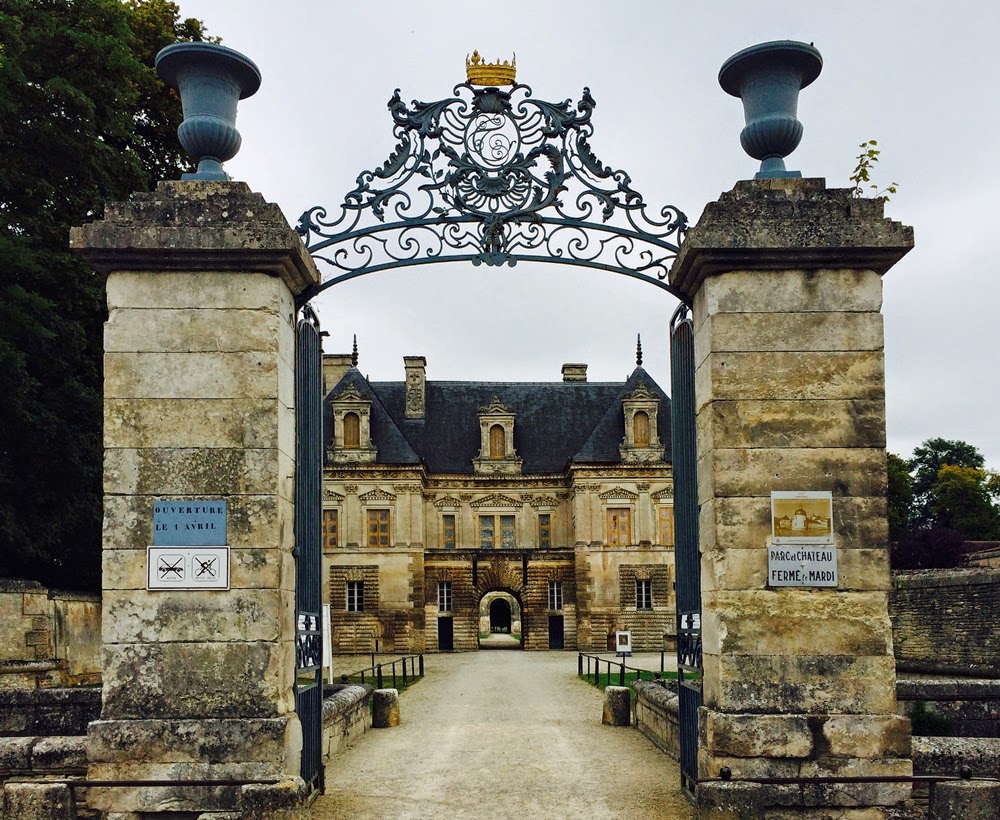 After a sleep-in and a leisurely breakfast, mid-morning we again walked across the bridge and through the town to the gates. This time they were open. 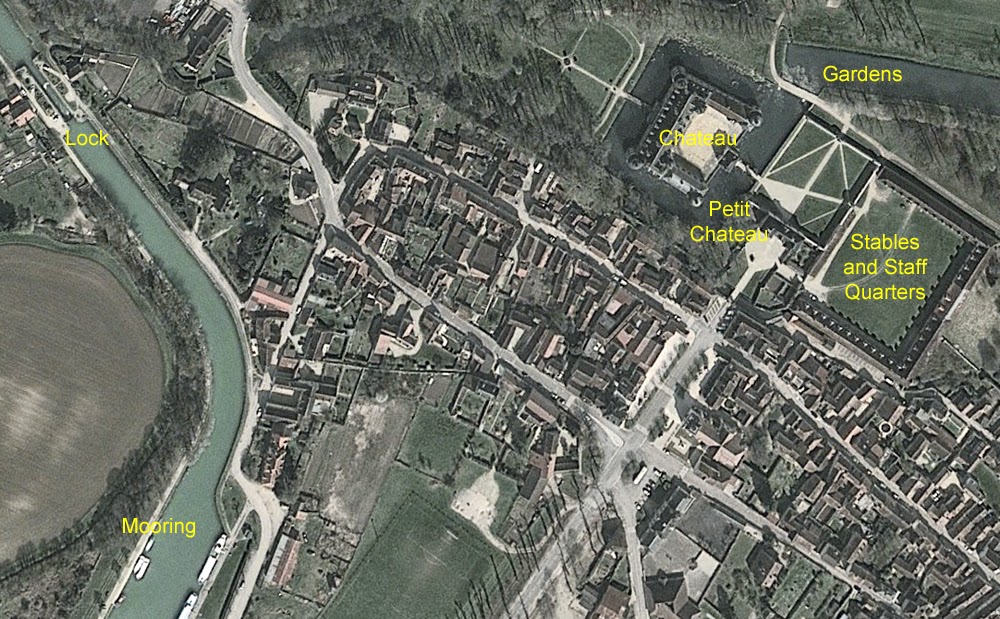 Château de Tanlay was commenced in 1550 on the foundations of a thirteenth century château-fort. During the Wars of Religion, Tanlay became a centre of Huguenot resistance and the construction project slowed. It was finally completed in 1649. In 1704 the property was acquired by the Thévenin family and still remains in their hands. It sits in vast lands on the northern edge of the town. 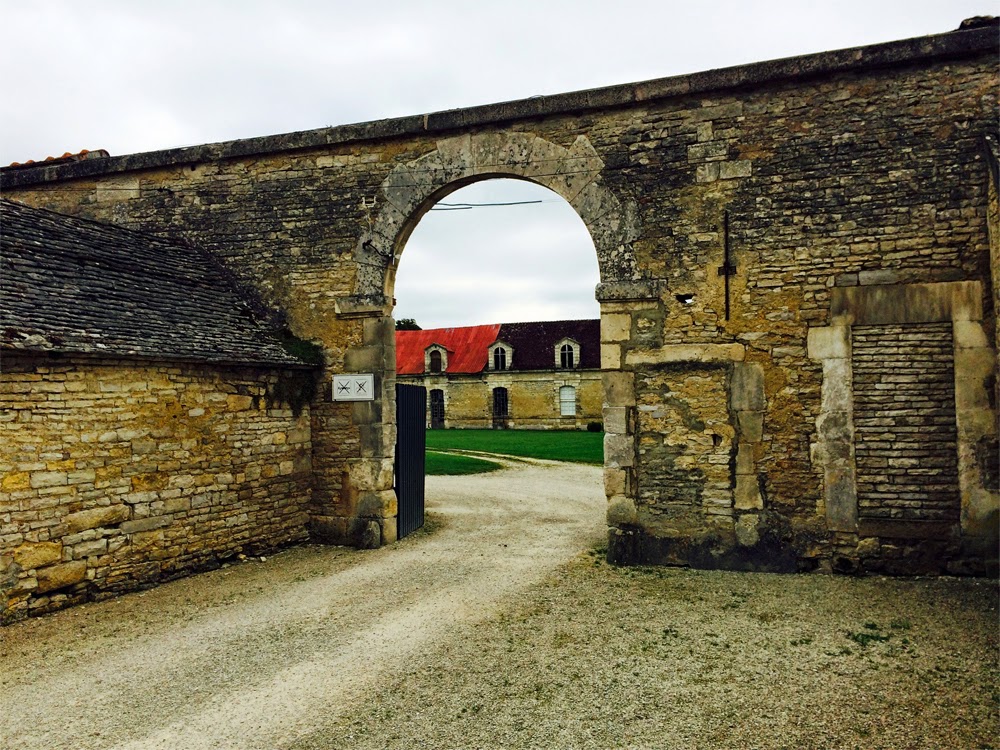 Inside the outer gate is a large courtyard. Off to the right is an arched gateway leading into a large quadrangle 65 by 85 metres in size. 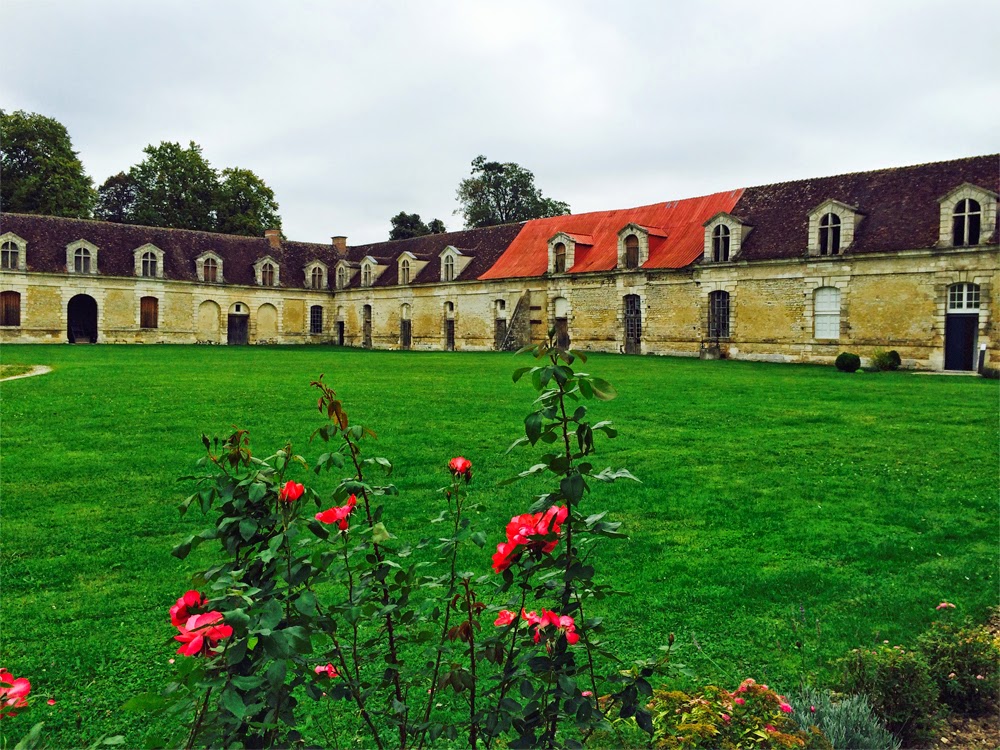 The buildings that form the quadrangle are the former stables and workers’ quarters. 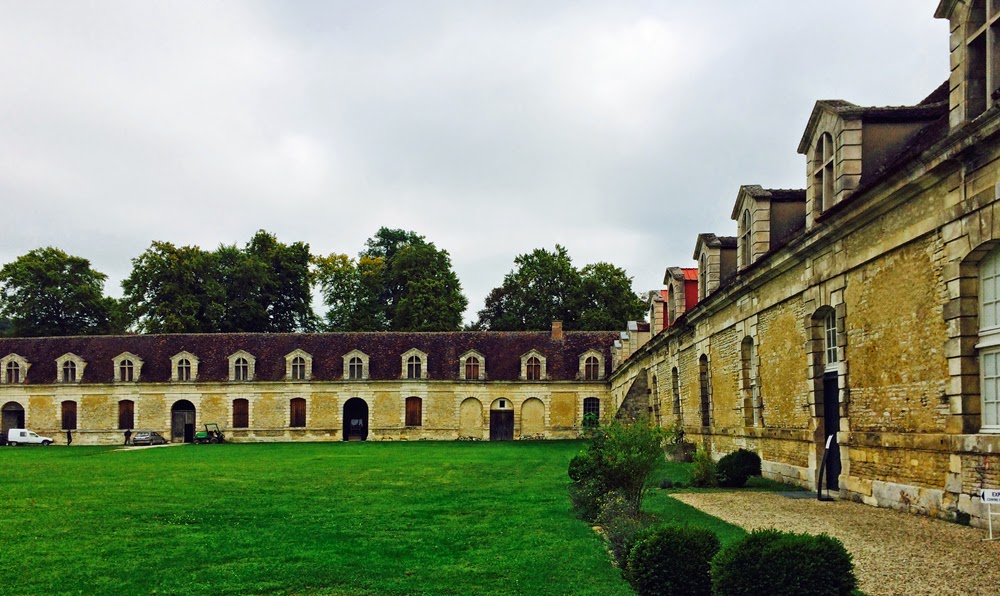 These all appear well-maintained and several of the larger rooms are now used as art galleries for visiting exhibits. 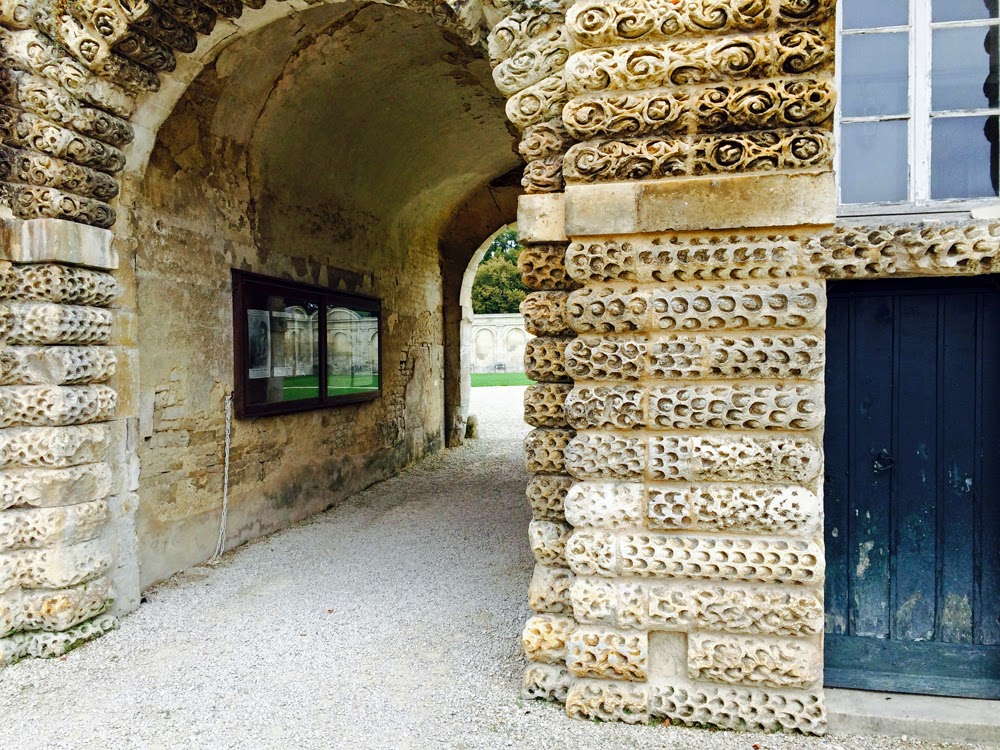 After a look around the stables quadrangle we headed back out into the courtyard and headed through the stone arch of “le petit château”. On approaching the château grounds from the town it is easy to assume that this building is Château de Tanlay. What in many other settings would be considered a large three storey chateau is only the triumphal arch leading to the inner courtyard. 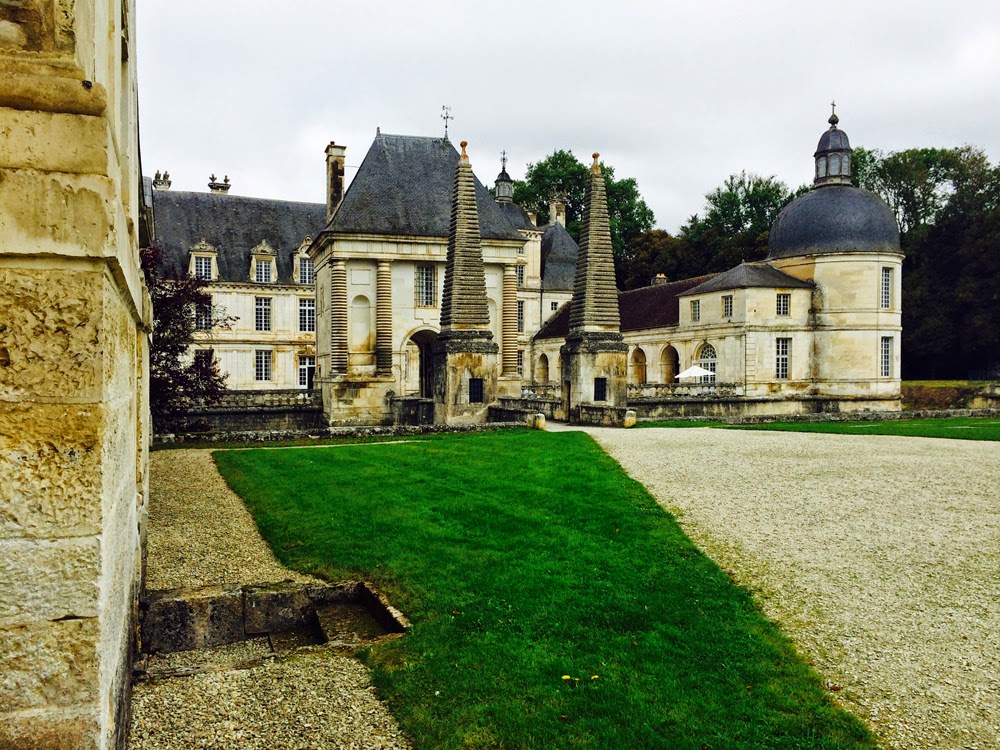 Through the arch we caught our first look at Château de Tanlay. 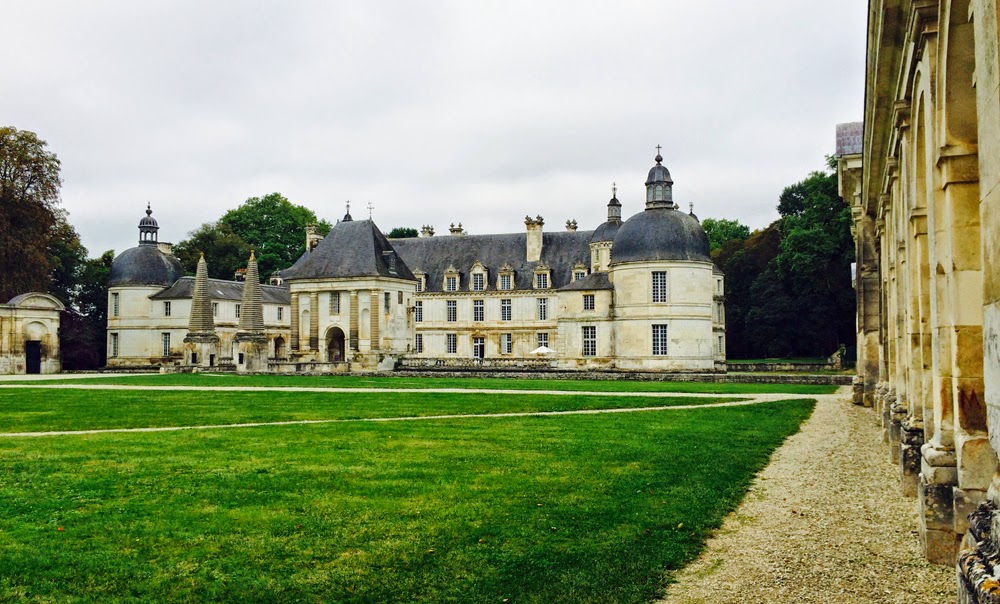 It is a wondrous mix of architectural styles and elements that the designer, Pierre Le Muet managed to blend into a harmonious whole. 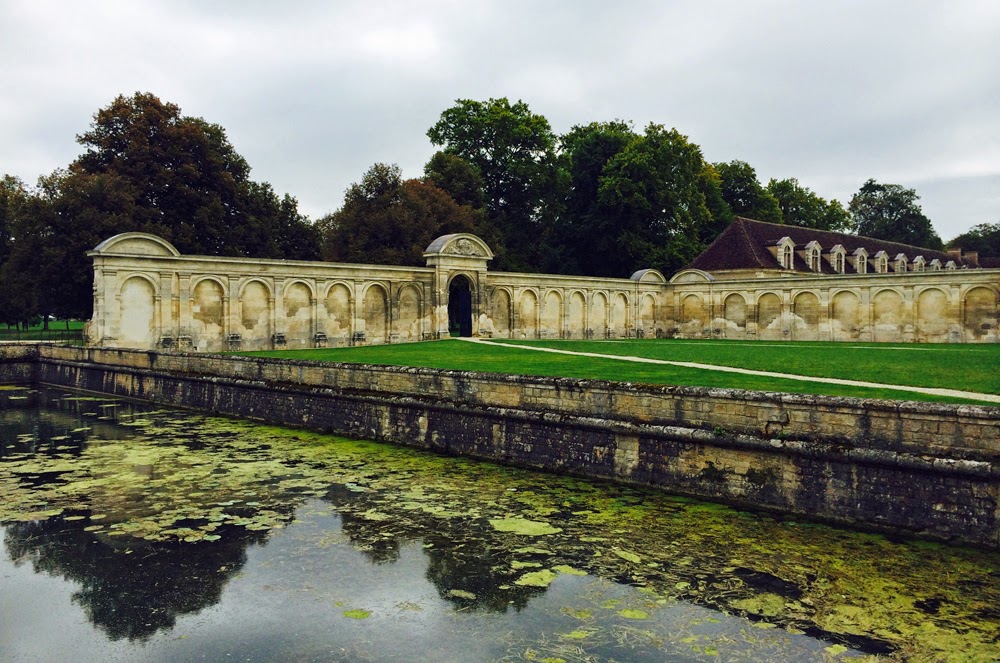 We walked across the broad inner courtyard to the high stone wall on its far side. Through an arch lie the gardens. 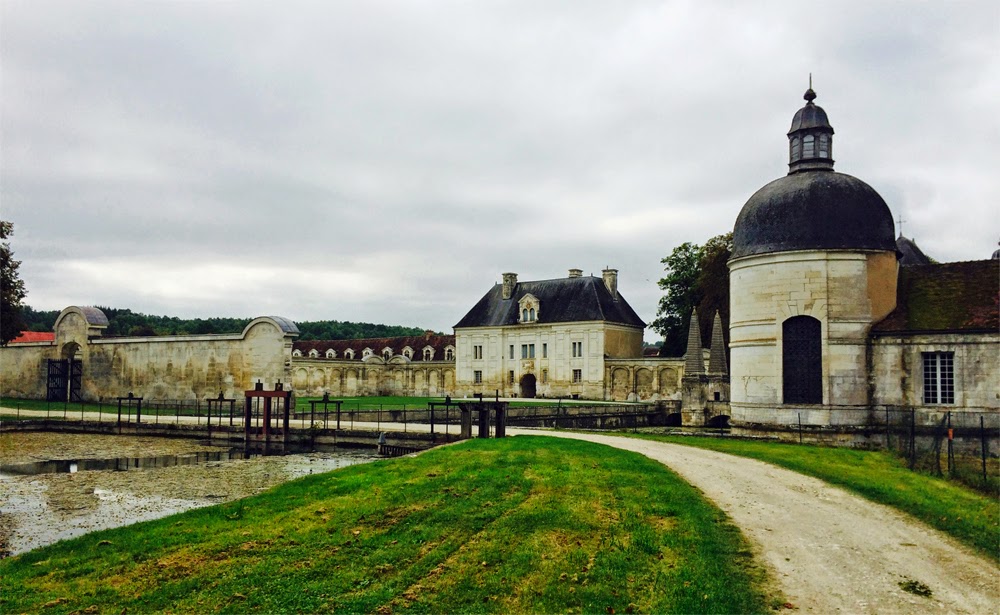 Looking back past one of the corner towers of the main château we could see “le petit château” and it was easy to see why it is so often confused for the real château by those peering through the bars of the locked gates on Tuesdays. If I hadn’t researched beforehand, we wouldn’t have waited overnight. 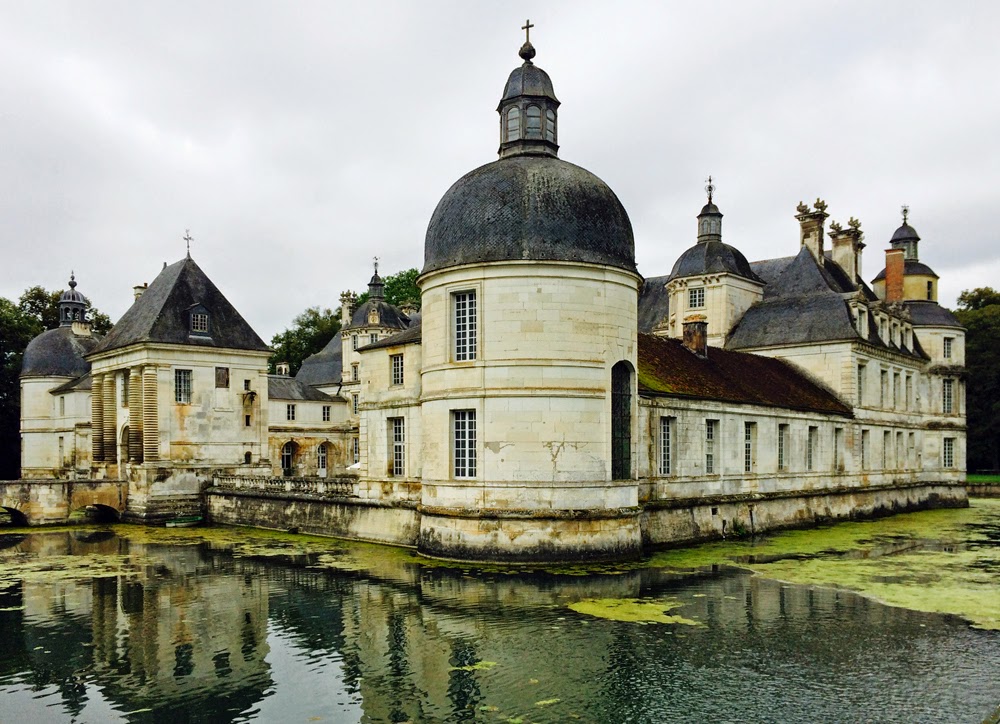 The main structure of Château de Tanlay is set in a broad rectilinear moat and access to it is across a bridge. 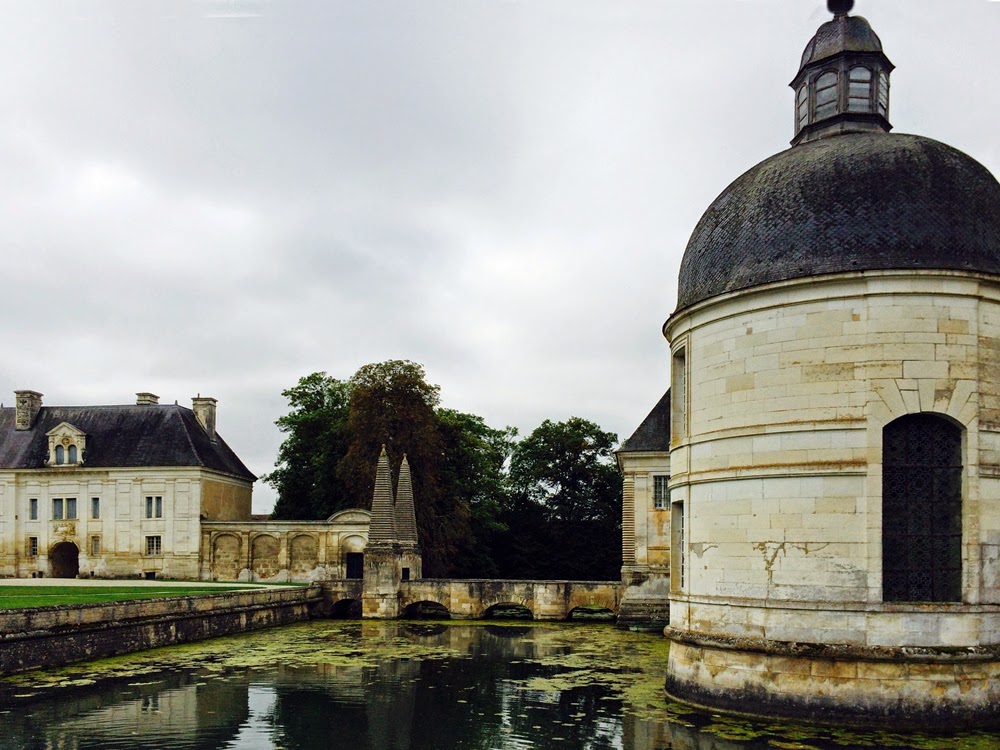 We headed to the bridge over the moat and walked up to the entrance booth. It was closed for lunch; it was 1135 and the sign said the next visit will commence at 1415. 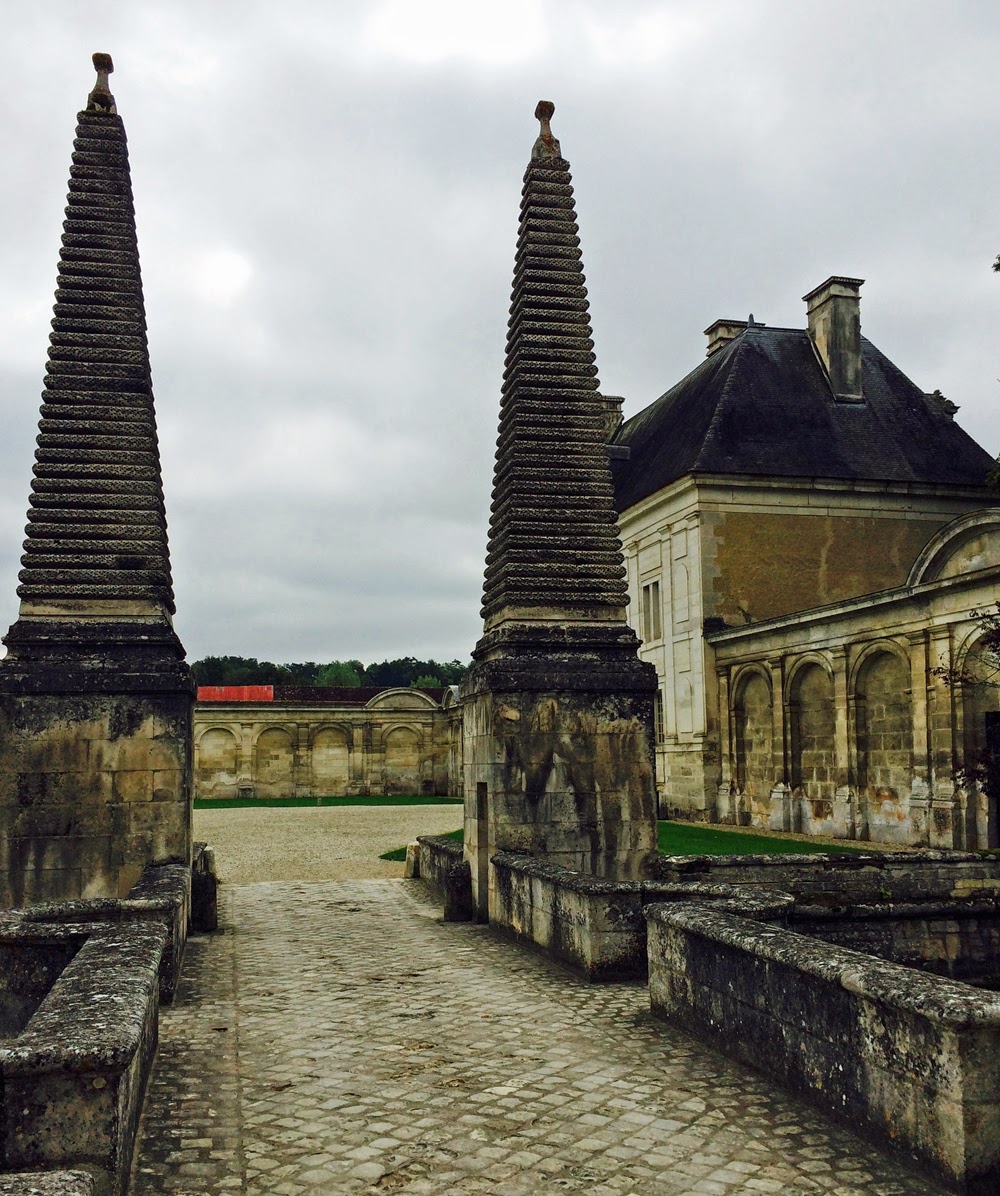 As we walked back across the moat bridge, which is flanked by a pair of intricately carved obelisks, we muttered another WTF. Having spent more than two thousand days cumulatively in France since my first visit in 1966, I am still trying to comprehend its mysterious opening and closing rituals.
Posted by Zonder Zorg at 15:19