After a break in Dijon to visit its superb musée des beaux-arts and to absorb some of the history of region, on Tuesday morning, 16 September I walked over to the lock keeper’s office to ask to be locked through after the lunch break. 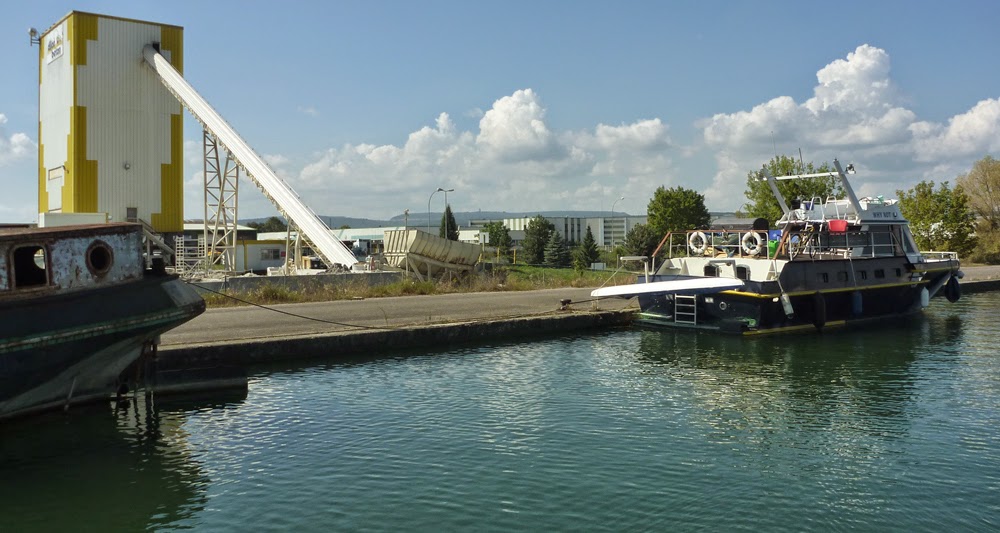 We had twenty more locks to the end of le canal de Bourgogne. The route runs across the flat expanse of the Saône plains for thirty kilometres with only one slight bend, less than 5º, to relieve the monotony. Initially the canal passes through several kilometres of industrial area and alongside the rail yards. It then passes close by the end of the airport runways. The first ten kilometres is not an exciting stretch. 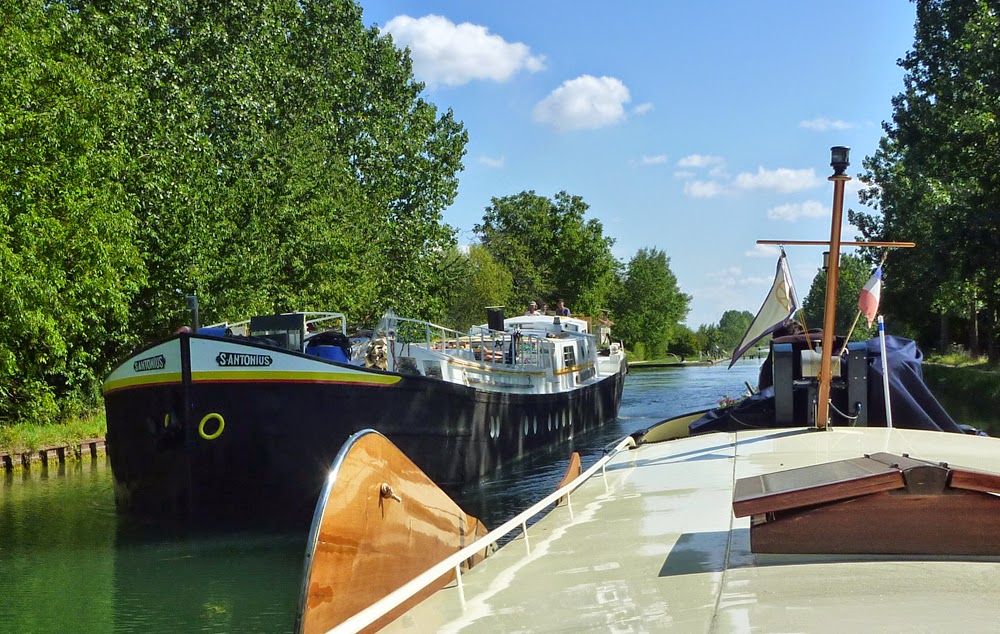 After ten locks and eleven kilometres, we had finally left the bland and industrial behind and stopped for the night under a grove of walnut trees in Epoisse. The following morning, after a final scour of the grounds for fresh walnuts, we slipped and continued. At the first lock, l’éclusier told us there were three hotel barges coming upstream. Two locks along we met the first of these, S.Antonius as she was entering the chamber, so we had a rather long wait. 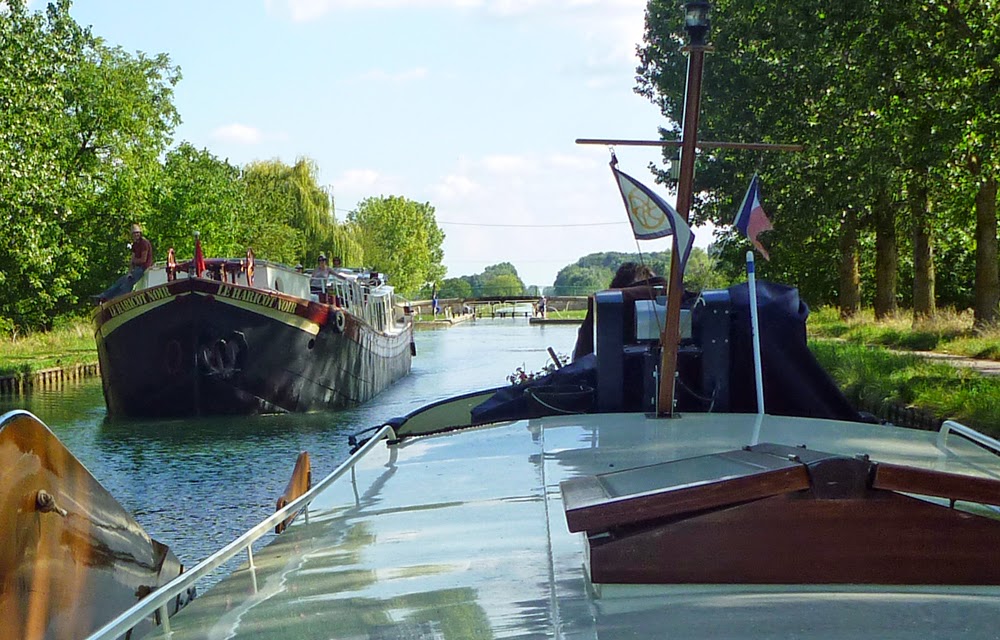 Two locks along, the second barge, Le Haricot Noir was part way up, so the wait was not as long. 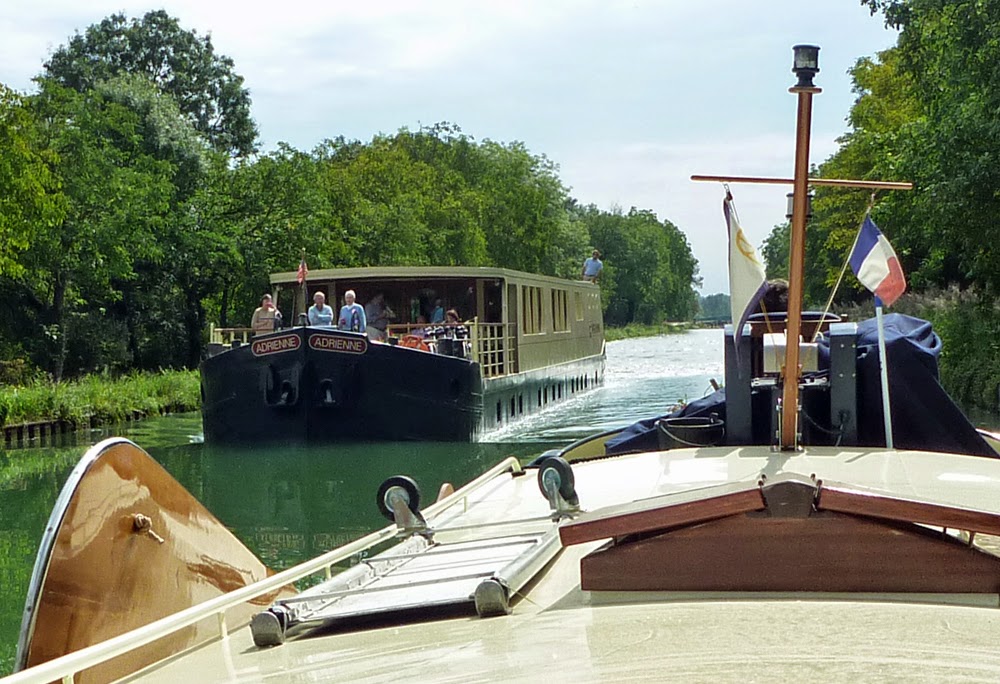 Just before noon we met the third barge, Adrienne just entering the lock chamber. It would be well past the beginning of the lunch break by the time she exited, so we resigned ourselves to waiting until 1300. 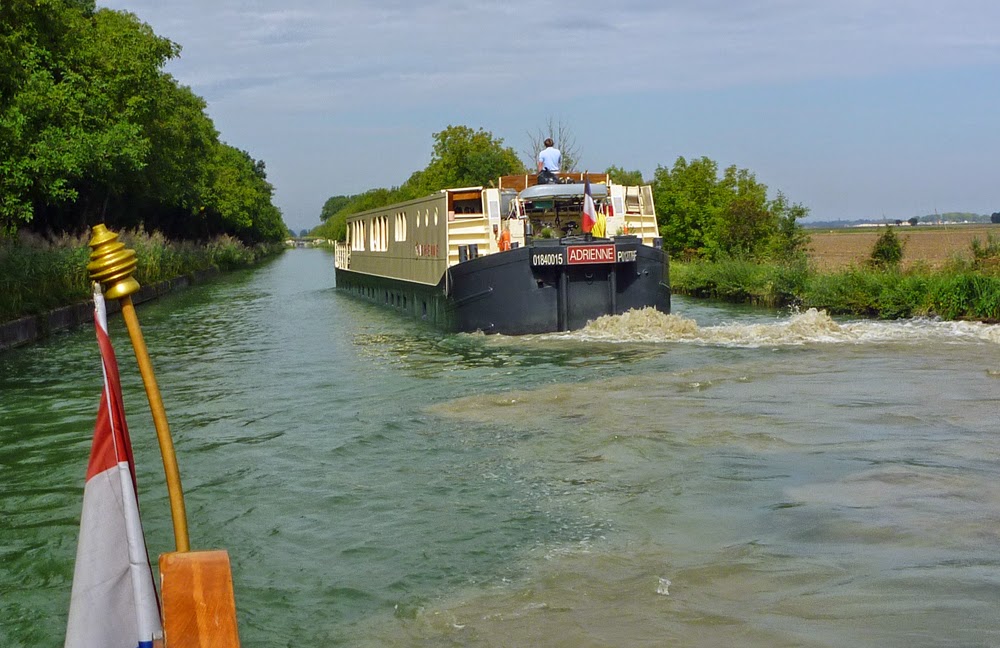 As Adrienne churned past us at 1225, we saw l’éclusier waving at us, motioning us to come into the lock. We thought he was going to let us wait his lunch break in the chamber, but he surprised us by locking us through and then telling us to continue along to the next lock. The next lock was his home and since there was no more traffic expected on the canal, he could take a long break. 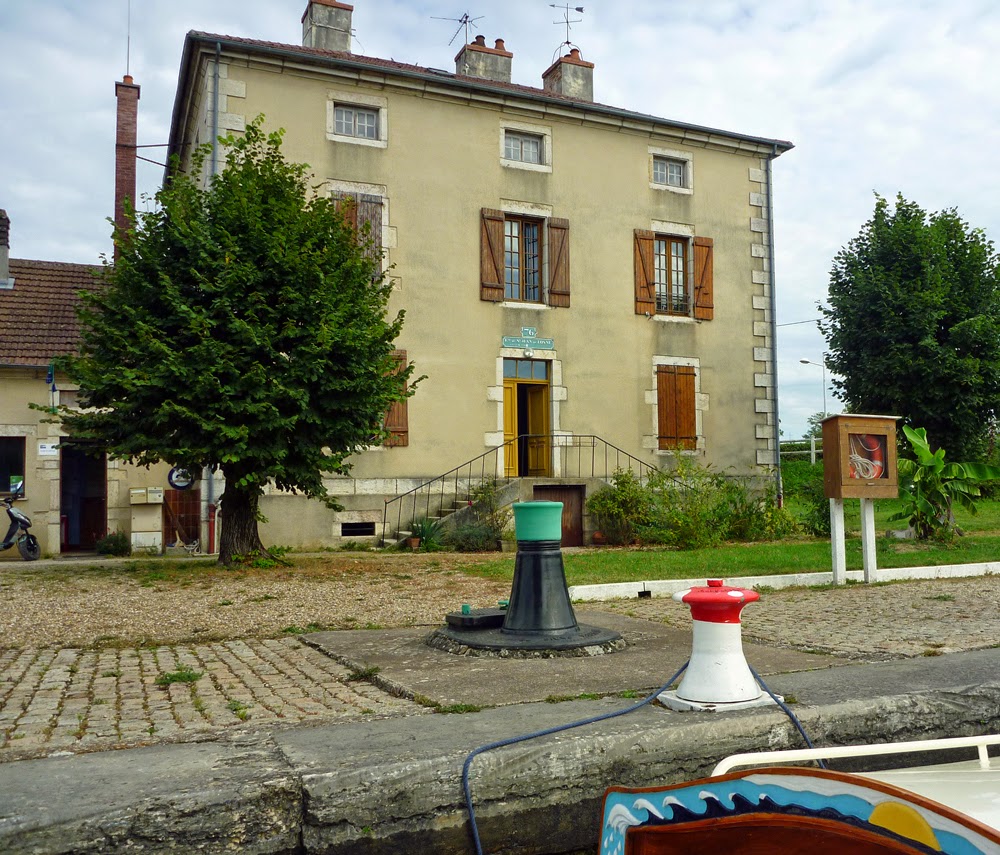 At 1430 we arrived at the final lock of the canal and passed down into la Saône. 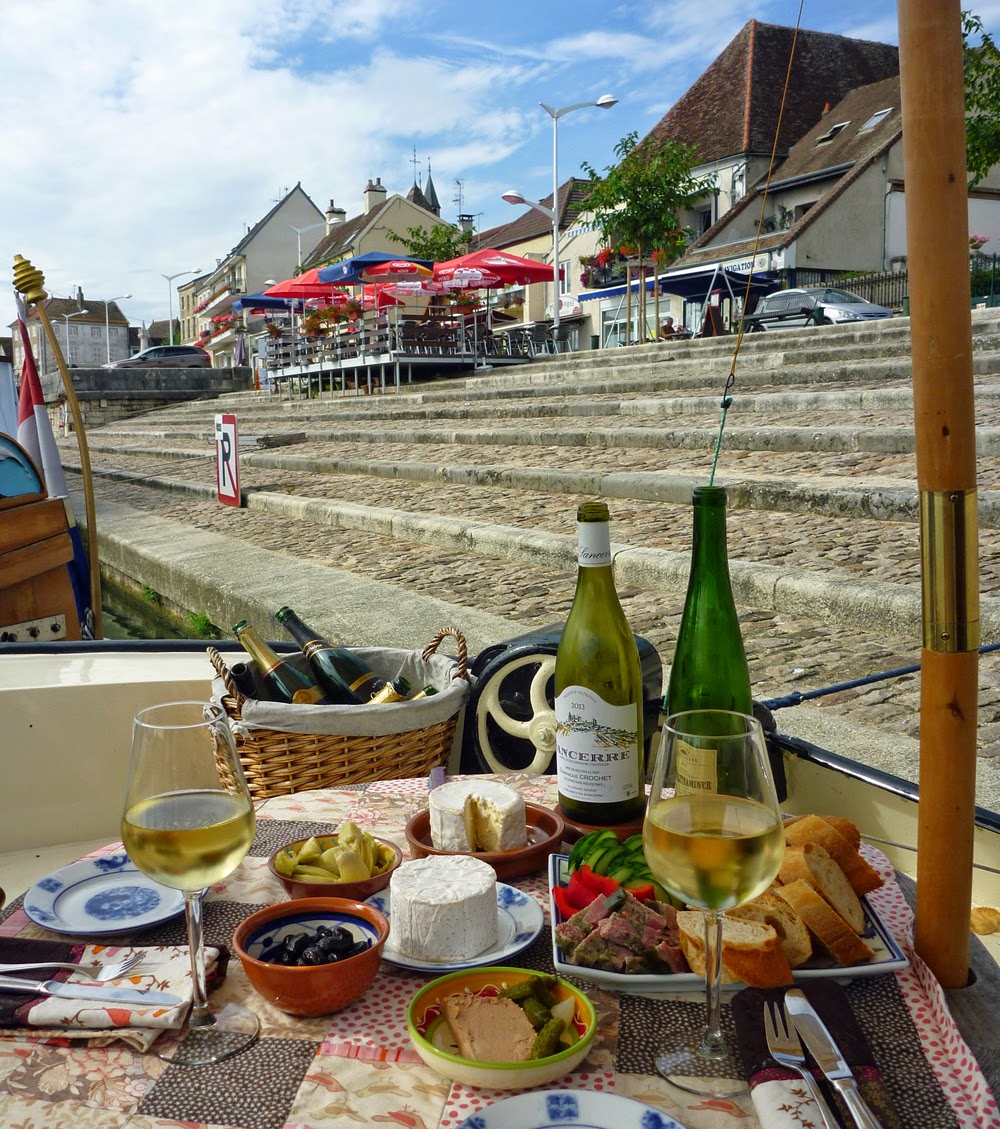 We motored out onto the river for a look at St-Jean-de-Losne and to my surprise and delight, we had our choice of three open moorings on quai National. In some twenty passings of the quai since 1984, this was only the second time I have found a moorage spot here. We enjoyed a relaxing late lunch 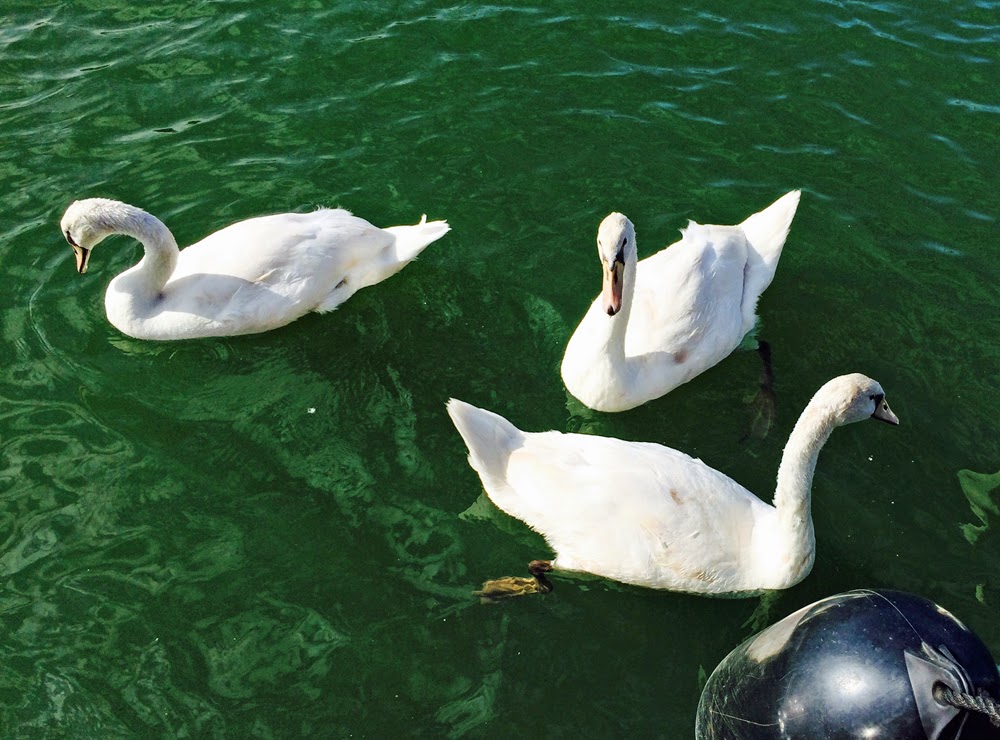 Some of the locals came by to share our lunch. 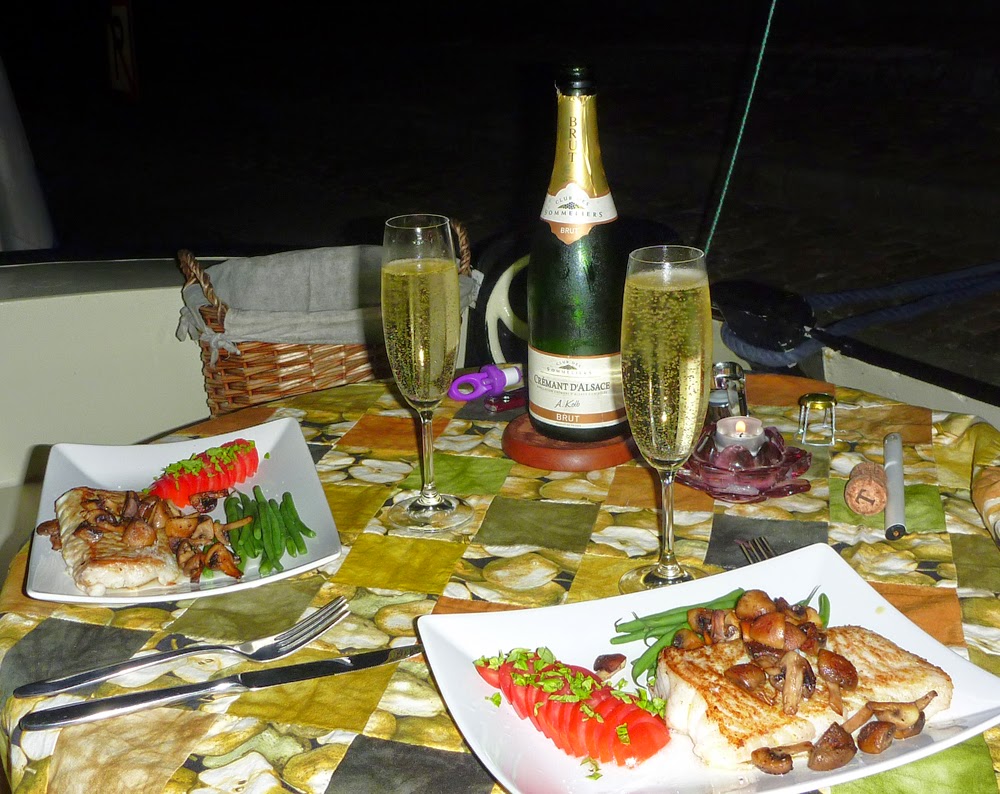 In the evening we celebrated our passage along the 242 kilometres and through the 189 locks of le canal de Bourgogne.
Posted by Zonder Zorg at 16:15