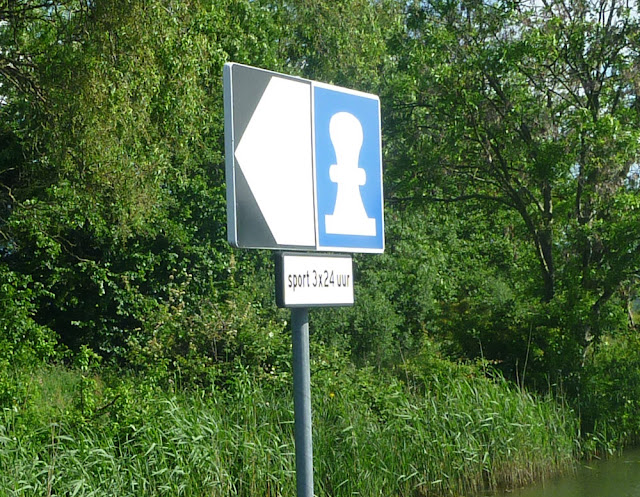 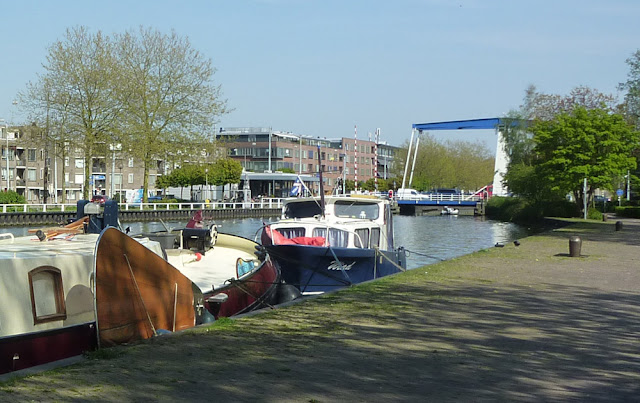 On Tuesday, 17 May I decided to continue eastward along the Weesper and then northward down Smal Weesp into the IJmeer to begin exploring the towns and villages of the old Zuiderzee coast. The lift bridge showed two red lights, meaning it was out of service, so I pedalled back to the previous bridge, which has a manned control booth from which both bridges are operated. 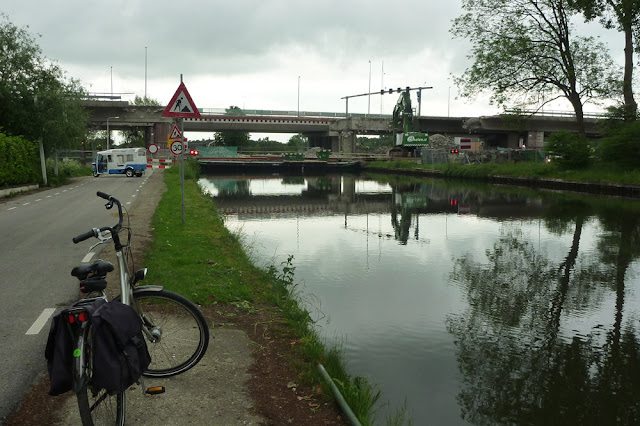 I was told that demolition of an old highway bridge had begun, closing the waterway until the first of June. That was fine, Dieman is a pleasant town and the moorage is a five-minute pedal to a huge shopping centre with two supermarkets. Another two weeks here would be fine and allow the weather to stabilise. The only problem was water. I had enough left for about another week. I pedalled the three kilometres to the demolition work to satisfy my curiosity. 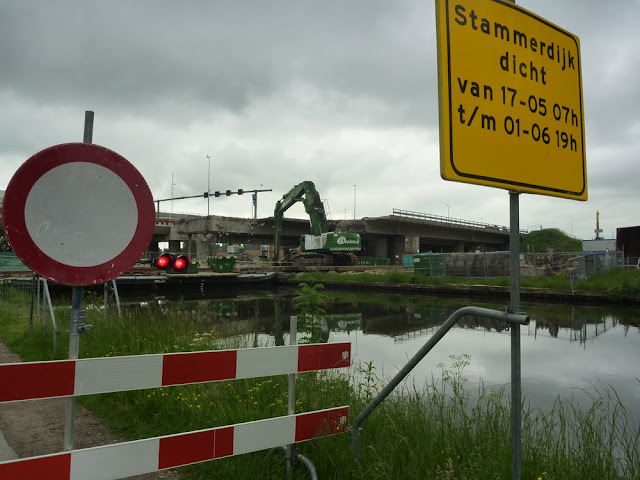 A new pair of bridges had been built for a highway and the old bridges were being removed. A few days later, I called the bridge operator and told him I'd like to head west, back along the Weesper to get water at the marina at the junction with the Amstel, then return and continue to wait. I moored beside a water point on one of the marina's floats and looked for an office, but could see none, so I began filling the water tanks. An hour later, with full tanks and still nobody around, I walked to the exit gate to search further for an office to pay for the water. The gate required a code to get back in, so I returned to the barge, blew the horn a few times and waited. A quarter hour later, I assumed the water was free and left. 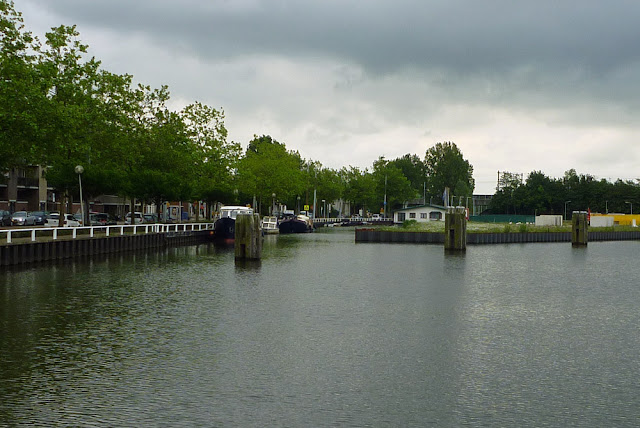 I headed back to Dieman and again moored between the town's two lift bridges. A few days later there was a knock on the hull and I answered the door to a man who told me he was posting signs that the moorage is being closed to set-up for a three-day music concert. I phoned the bridge operator and asked to be let through to find moorage further along. He said there was no official moorage, but I could stay in a small branch there until the waterway reopens. 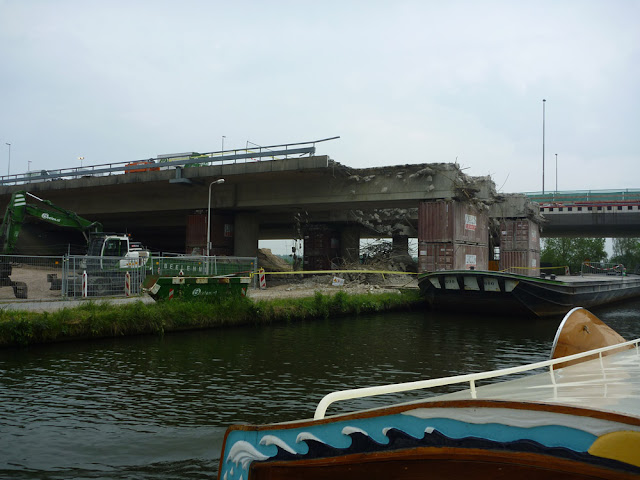 Mid-morning on Sunday, 29 May, I heard the slap of wake on the hull and looked out to see two boats passing by. I went up top and saw the bridge opening for them. Seems the waterway opened two days ahead of schedule. I checked the fridge, freezer and pantry shelves and pedalled across to the Albert Hein to stock-up, then motored eastward past the destruction site and onward. 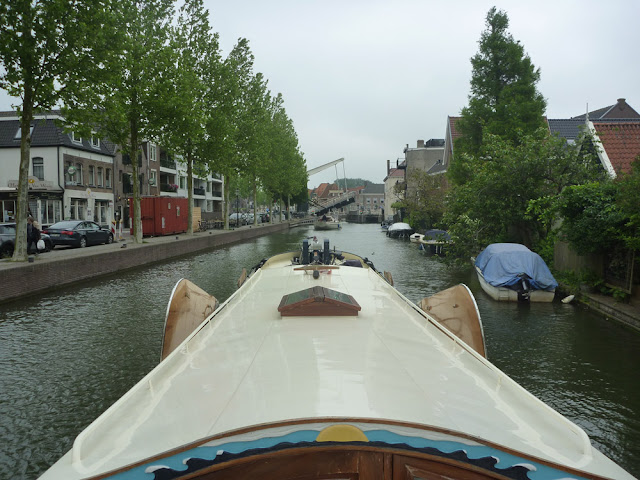 I paused for the day on a mooring in Weesp, when thunderstorms threatened and hunkered down through them. The storms weren't sufficient to keep the Havenmeister from his rounds, so I paid the €12 mooring fee. After breakfast on Monday I continued along the Smal Weesp and through the town's three lift bridges, paying the €3 bruggeld at the middle one. Weesp's €15 were my first fees of the season. 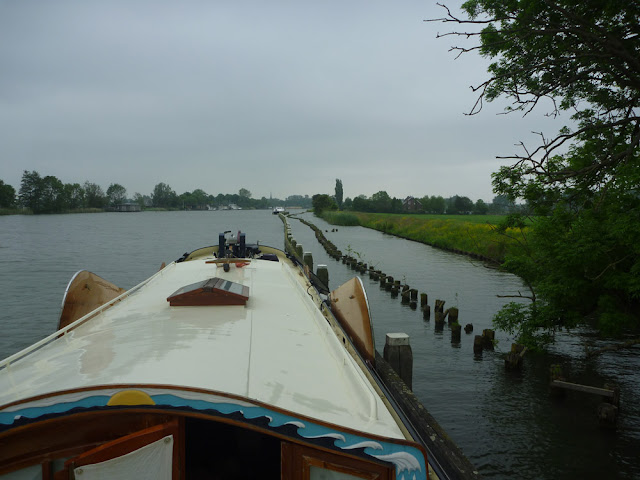 Just beyond town, I turned northward into the Vecht River, the river that flows to the IJmeer. The wind had been strong all day, and by this time was above forty kilometres per hour from the north. I decided to spend the night on a wilderness mooring in the lee of large trees to wait for the winds to abate. The forecast looked good. Tuesday morning's weather was much improved, with light breezes and scattered clouds. I slipped and continued downriver to Muiden, enjoying the finely maintained tjalken, kilppers, Lemsteraaken and skutsjes moored along the banks. There were dozens of antique boats. 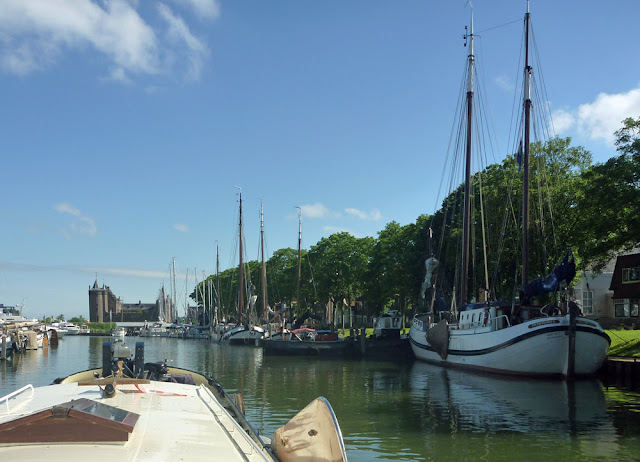 Past the swing bridge and through the lock, the antique boats continued all the way to the medieval castle on the old Zuiderzee coast. 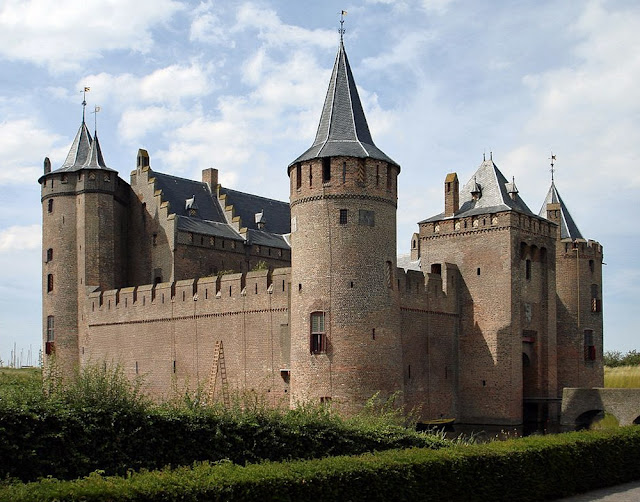 Muiden Castle, or Muiderslot in Dutch, was originally built in the early 1280s by Count Floris V to impose tolls on river traffic. Floris was murdered in 1296 by Gerard van Velsen in retribution for raping his wife. The Bishop of Utrecht ordered the castle destroyed in 1298. Between 1370 and 1386, the castle was rebuilt in the same location and to the original plans by Albert I, Duke of Bavaria and Count of Holland and Zeeland. 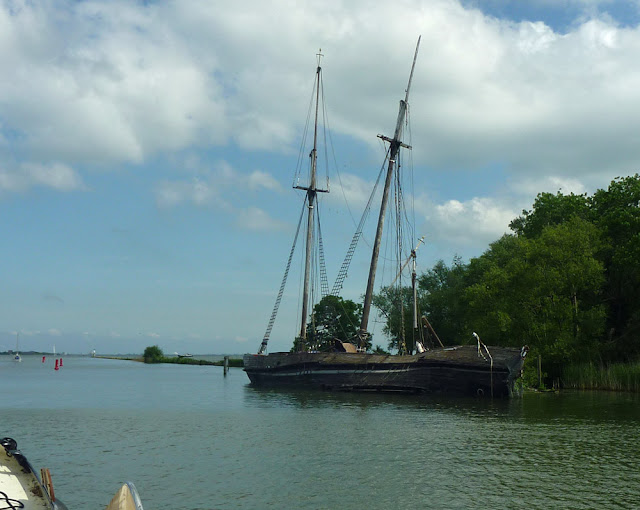 Near the mouth of the river were a few ships approaching the late stages of their existence. Antique wooden ships require huge maintenance and there comes a time when it's no longer worth it. 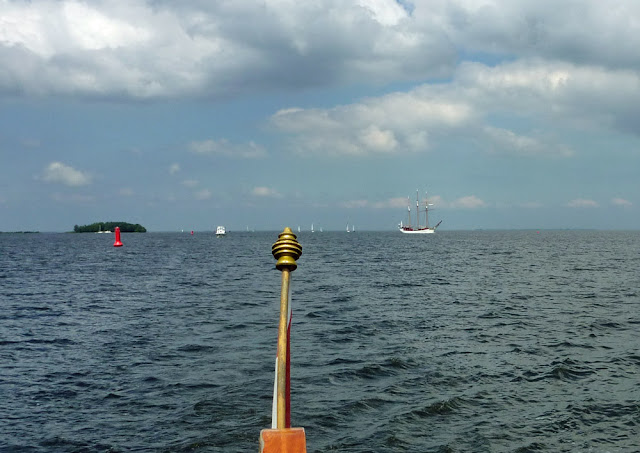 I continued the short distance to the IJmeer, then turned eastward to follow the buoyed channel through the shallows and onward to the narrows into the Gooimeer. 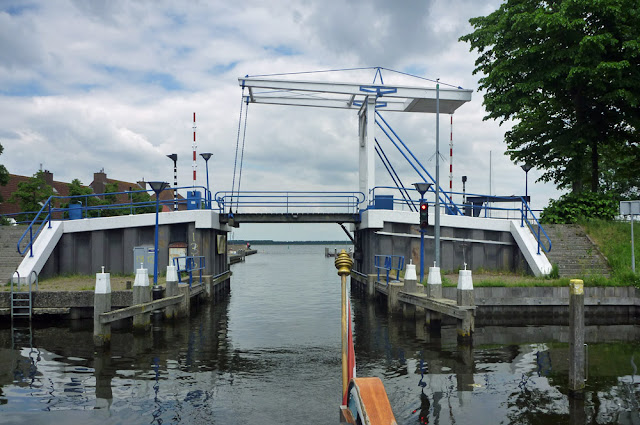 I decided to stop for the day in Huisen and followed the buoyed channel to the waterway thet snakes into the town. Its three metre clearance meant I didn't have to wait for it to be opened. 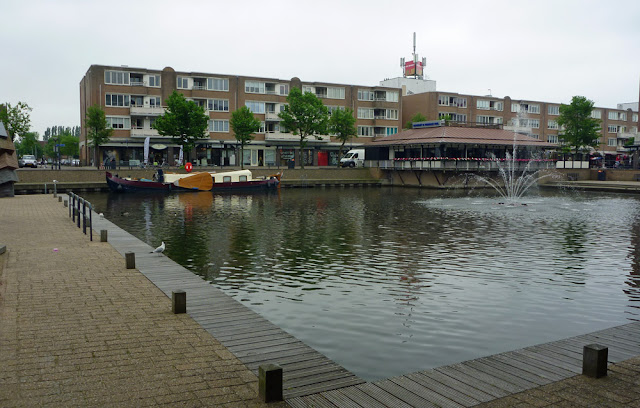 I followed the narrow winding waterway kilometre and a half and under three more bridges to a small basin surrounded by a shopping area with a huge supermarket.

I'm another 25.5 kilometres along and in a comfortable spot with a good online connection.
Posted by Zonder Zorg at 11:45