It was mid-afternoon on Wednesday, 25 July by the time we had finished with the three-day schedule of move, sea trial and surveys. Everything had gone smoothly, and after we had all shaken hands, seller, broker, surveyor, timmerman and Edi and I all drove off in our five separate directions. 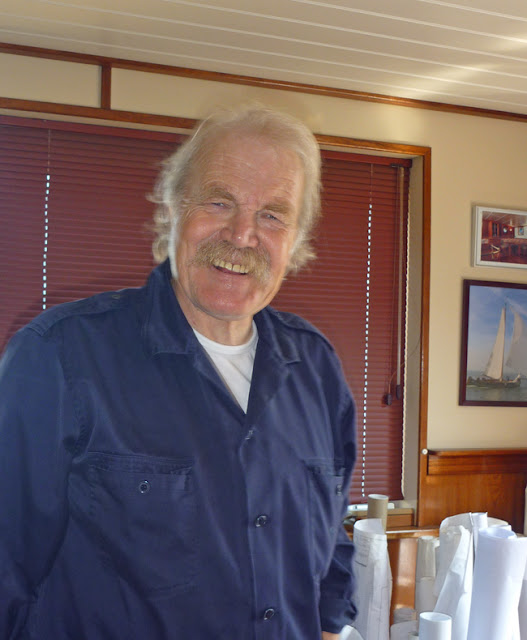 Edi and I drove northward, past Volendam and out across the Afsluitdijk to Friesland and then further northward to Harlingen. We had been researching yards to do our proposed refit on Nieuwe Zorg. Among other yards, we had looked at the marvellously modern, but not-yet-completed new facilities at Kempers, and had met with Willem Dokkum, the works manager. We were now on our way to meet with Lex Tichelaar, principal at Scheepsbouw & Reparatie Friesland, known better as SRF. As we left our car and walked across the yard toward a couple of men talking, one of them stepped out to meet us. We asked where we could find Lex, and he said right here, pointing to his chest. Lex is a robust man, very alive and immediately likable.

He showed us around, beginning with a huge loft full of shelves laden with a vast assortment of old boat parts and fittings. Next he showed us a similar sized hall full of new parts, fittings and hardware. We saw a mast and spar building room, in which they build solid and laminated wooden spars and masts. We followed him through huge hangars with a broad range of ship construction, repair and refit projects in progress in wood, steel and composite. He showed us the cabinetmaking shops, the steel fabrication shops and we completed the loop up in his office sharing coffee. We liked the place; they appear passionate in their restoration and refit of traditional vessels, employing as appropriate both the old and the fully modern shipbuilding techniques and equipment.

Lex confirmed that they had space inside for our skûtsje in October to begin a restoration and modernizing refit over the winter. He asked for the current location of Nieuwe Zorg so he could look at her to gain a better understanding as we discuss work over the coming weeks. We left SRF convinced that it fully met our requirements. 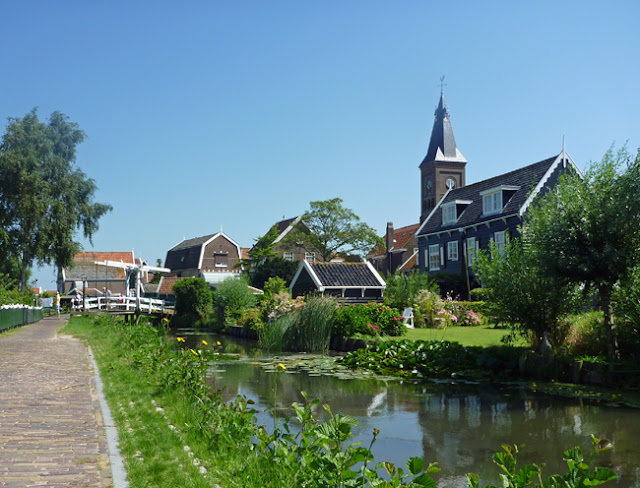 On Thursday we drove out the causeway to Marken and wandered around the picturesque island of about 2.5 square kilometres. Until the diking of the Zuiderzee to form the IJsselmeer, Marken was an island about 2 kilometres from the shore southeast of Volendam. For centuries its residents, because of differing religious beliefs, refused to mix with the people along the surrounding shorelines, and the population of the tiny island became increasingly inbred. During the late nineteenth and early twentieth centuries, the residents became the subject of much ethnographic and anthropologic research. 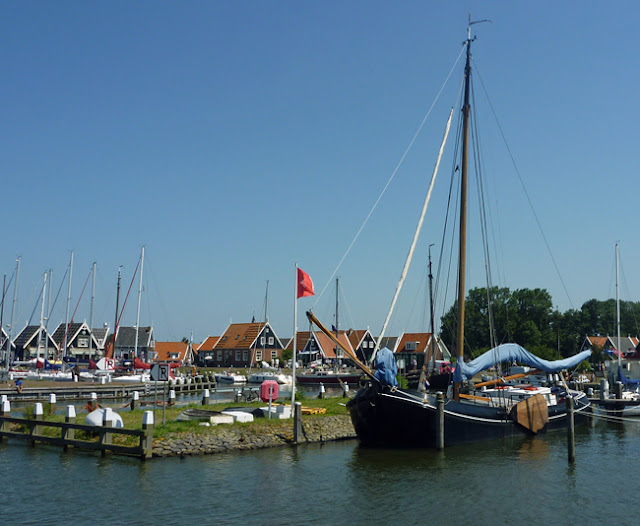 With the construction of a connecting causeway in 1957, the island of 2000 or so residents became a peninsula. We strolled through the centre of town pausing along the way for appeltaart and coffee in a canal-side patio. Further along we looked at the variety of boats in the haven, among then a finely restored and well maintained skûtsje. 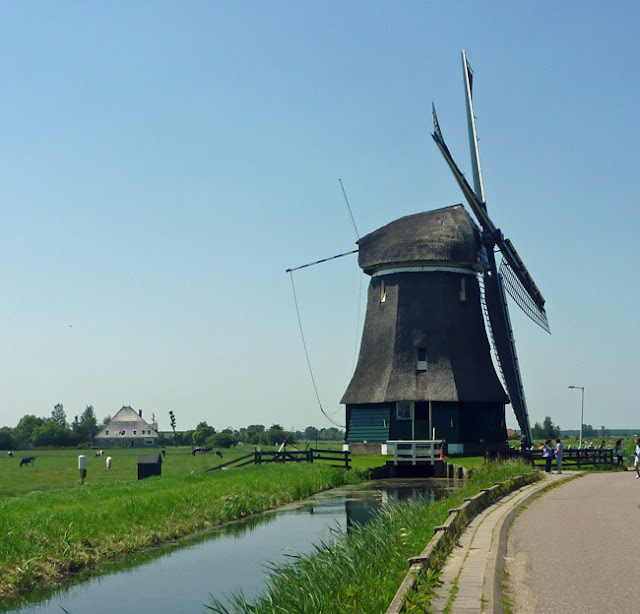 On our way back to Volendam we stopped to look at and old windmill, which we had driven past many times during the previous week without stopping. 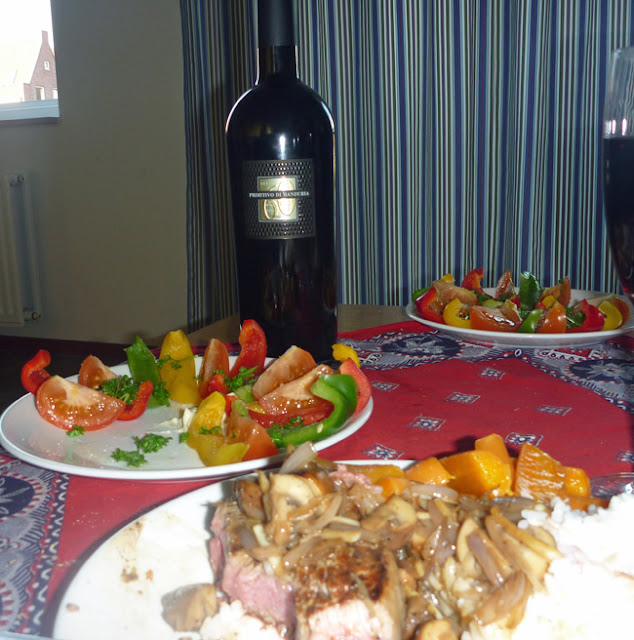 In the evening we enjoyed superb beef tenderloin covered with a sauté of criminis, shallots and garlic, and accompanied by butter-glazed carrots and a clean-out-the -fridge salad. The star of the dinner was an amazing bottle of 2008 Feudi di San Marzano Sessantanni Old Vines Primitivo di Manduria, which we had found in a small Volendam wine shop, well away from the touristed areas.

At 0330 on Friday we left Volendam and drove to the airport in Frankfurt, dropped the rental car, checked-in and boarded a flight to Toronto and then caught a connection to Vancouver. We had driven just over 4250 kilometres in a very relaxing two weeks, during which we bought a wonderful new boat, a skûtsje built of riveted iron in 1908 by Wildschut in Gaastmeer, Friesland. It had been a successful trip.

This post is also on our Sequitur Blog at: SailBlogs
Posted by Zonder Zorg at 12:35