To the Top of the Saône 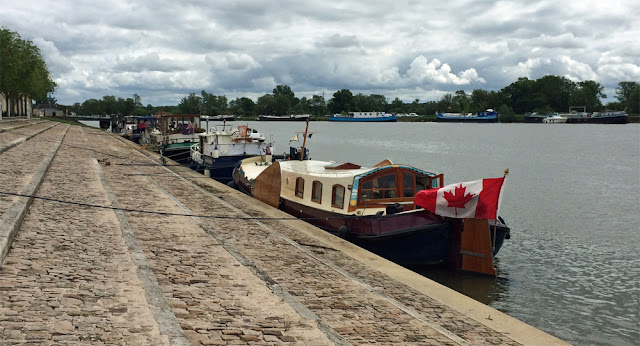 The flooding on the Saône persisted for several days, then water level and river current slowly started easing. The temperature followed the water level down and the second week of May we were on the verge of overnight frost. After the second of the four national holidays in May, I headed down river to Saint-Jean-de-Losne to refuel to buy new mooring lines, a new courtesy flag and replace a few other things that wear-out. 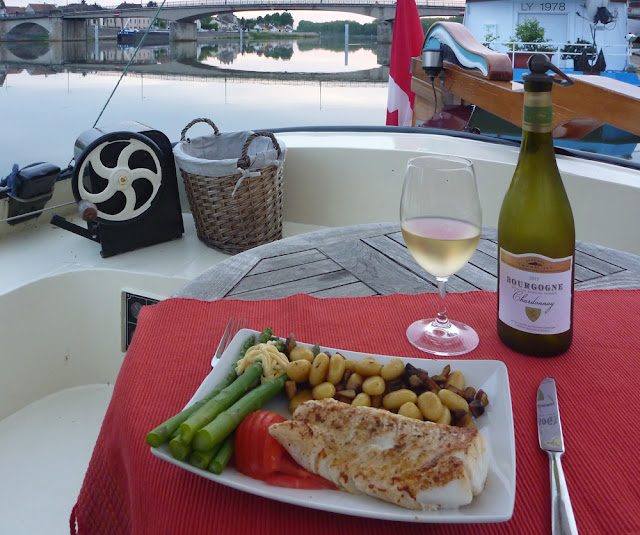 I was fortunate to again find an open spot on Quai national, the same spot we had vacated in late September. In the evening I celebrated cutting loose from winter moorings. 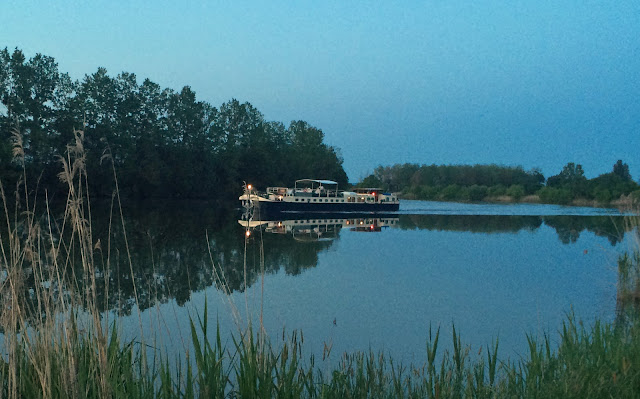 Two weeks previously I had received an email invitation from Richard Carras, a wine business colleague from the 1980s and 90s. The invitation was to a winemaker’s dinner in Vancouver presented by one of my favourite wine producers, Masi. I replied that unfortunately I would have to miss it, since I was in the Burgundy. He replied immediately that he would be arriving in Saint-Jean-de-Losne on 10 May to begin a cruise on a hotel barge. I spent a splendid evening aboard Après Tout with Richard and his wife Marion and with more dear old friends, George and Trudy Heiss, British Columbia wine pioneers. 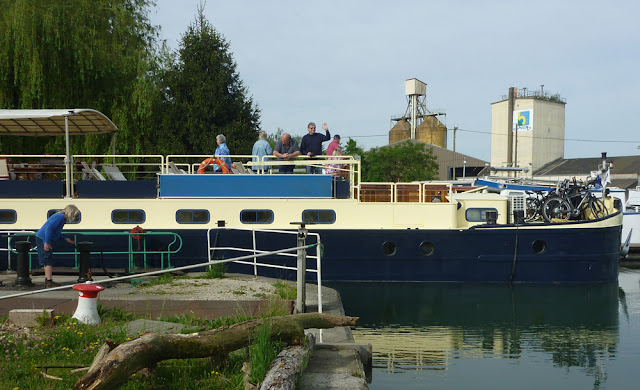 The following morning I bade them farewell as they headed up Canal de Bourgogne and I continued with my purchases and maintenance in preparation for heading north. I was still waiting for two pieces of mail addressed to Zonder Zorg in the port de plaisance in Auxonne, so I sat through the two remaining national holidays of May and watched most of the French take between twelve and sixteen days off. 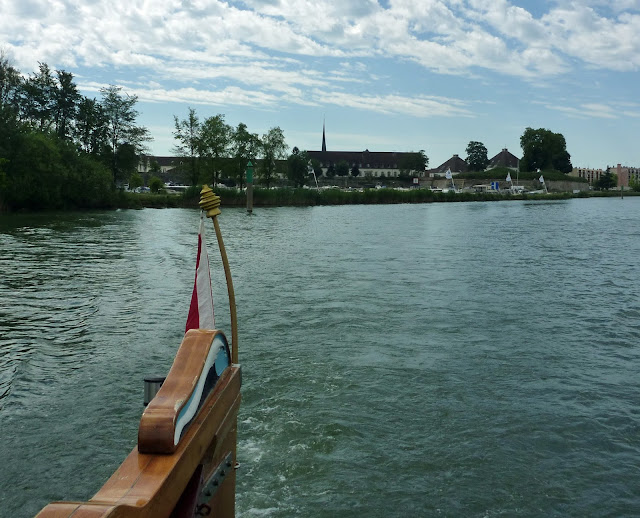 Finally, after waiting for proofs of my new novel and for mail from one of the many malfunctioning sectors of corporate France, on Friday 29 May I left Auxonne and headed up the Saône. Edi was still in the Netherlands arranging a place for the off-season, so I would be soloing. One of the few benefits of the extended wait was that the current in the river was almost nonexistent. 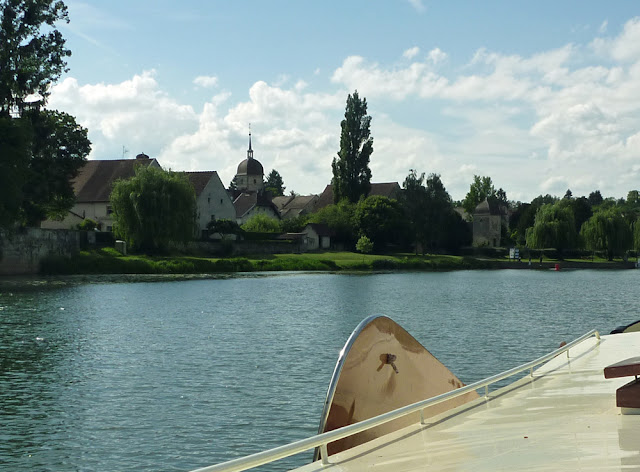 In the late afternoon I passed the very attractive village of Mantoche and was tempted to stop there for the night, but its lack of shopping of any kind convinced me to continue the six kilometres to the city of Gray. In the dozen years since my last visit there, I had forgotten that the place lives up to its name. Besides its fine old Hôtel de Ville and many rather graceless, though historic and crumbling old buildings, the main attraction is the large supermarket just a block away from the moorings. Maybe the next time, Mantoche. 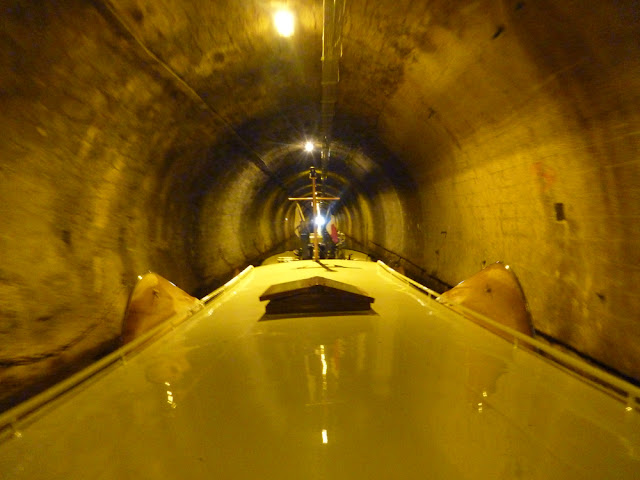 I spent most of Saturday exploring the city and stocking-up from the convenient supermarket. On Sunday I continued up the river, passing through the first tunnel of the year, the 640 metre Souterrain de Savoyeux. 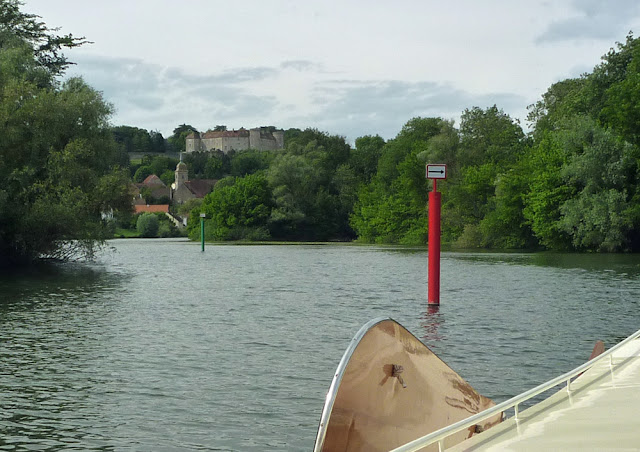 In the late afternoon, I took winding channel up the branch of the river past the lock toward the weir to the village of Ray-sur-Saône, which is dominated by the château on the ridge above. 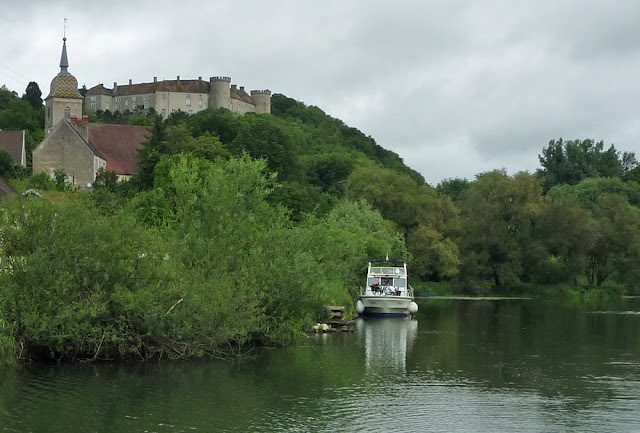 The château dates to the year 800, and before it was partially destroyed in the sixteenth century, it was the largest fortress in Franche-Comté. The tiny wooden mooring docks, not much more than two metres long are still unchanged from my first visit over a decade and a half ago. Unchanged except for deterioration, that is. Two of them were taped-off with plastic ribbons and danger signs. 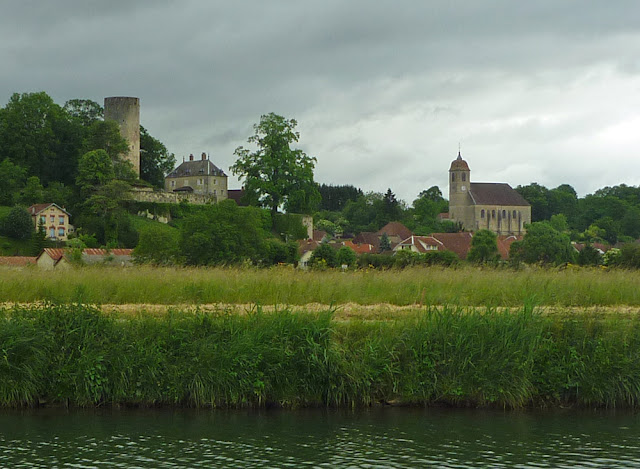 On Monday morning I headed back down the river to the lock and ascended through it to continue up the river. The route passed through very sparsely settled areas for twenty kilometres and four more locks, passing small villages and tiny settlements sitting back across the flood plains from the river. 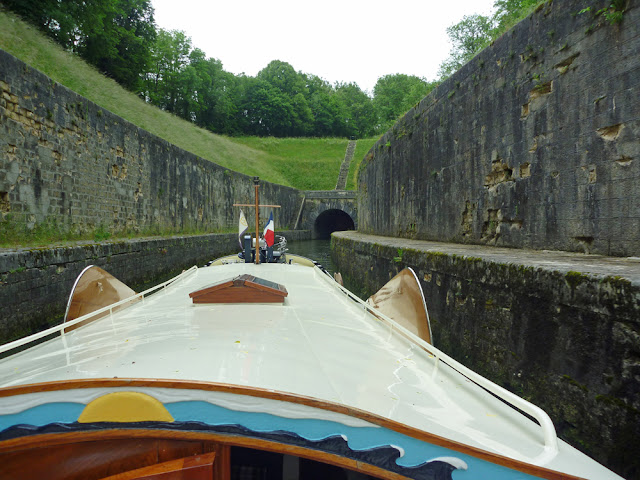 The next tunnel, the 680 metre Tunnel de Saint-Aubin, has a long, narrow masonry-lined cut leading to it, so steering is interesting for much more than the tunnel. 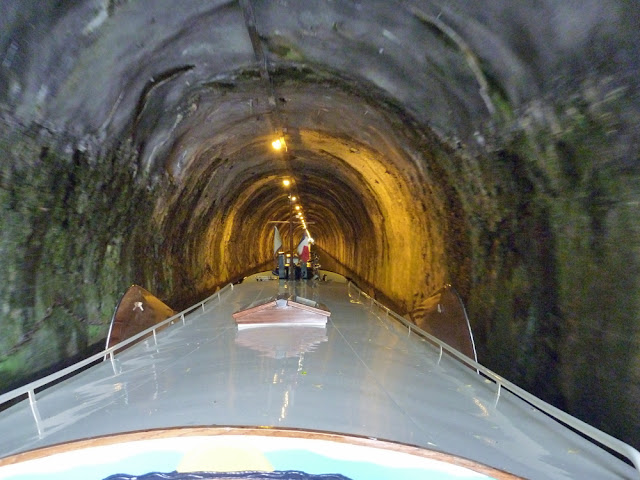 The tunnel is well-lit and its 6.6 metre width is very generous. Zonder Zorg tracked almost automatically from the pressure waves off the smooth sides. In the late afternoon I arrived in Port-sur-Saône and secured for the night on a solid concrete and steel quai in the centre of town. 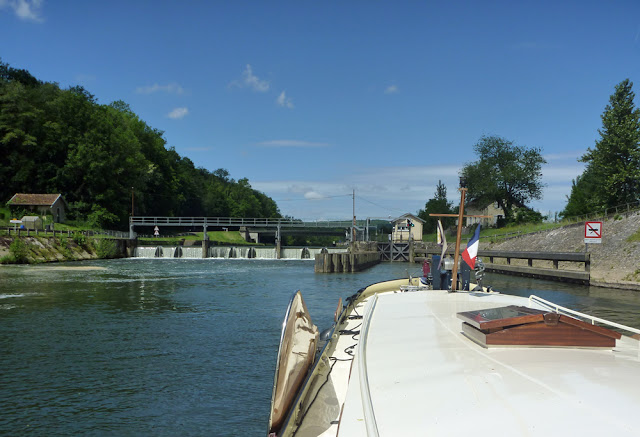 On Tuesday, after another five and a half hours of travelling I arrived my twentieth and final lock on the Saône this trip. I entered the chamber, and using my standard routine, tossed the stern line to loop the bollard, adjusted it on the staghorn and went forward to toss the bow line, activating the lock as I passed the control rod. Zonder Zorg came to an abrupt stop. I looked back to see what had snagged and saw a man on the rim of the chamber pulling the stern line and smiling. I told him in French and English to leave the line alone. I restarted the engine and motored slowly forward on the stern line so I could reach the bow bollard.

I tossed the bow line up and watched unbelievably as another man picked it up. I told him to put it back on the bollard. I went back to the stern to shift into neutral and shut-down the engine, then tail in the stern line as the boat swung back on its bow line. My routine has been to tail from the stern until the lock is a bit over half full and then go forward and tail in the bow line to the top of the fill. When I pulled on the bow line to adjust it, it was snagged. When I could see over the top of the chamber, I saw it had been tied to the bollard by the ‘helpful’ man from the rental boat waiting to descend. I told the two men that voluntary assistance is very often a hindrance and sometimes it can be dangerous. Do not touch another boater’s lines unless asked. Stand clear of the bollards. It took me more than five minutes trying to untie the line from the bollard, using mallet, fid and screwdriver and in the process I severely damaged it. My two week old twenty-metre line with an eye splice is now an eleven metre simple piece and an eight metre piece with an eye. Both rather useless, just like the two renters from Le Boat. Neither offered apologies no compensation. 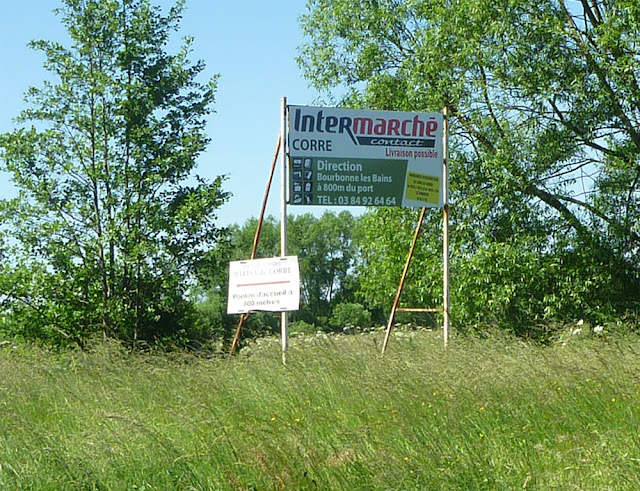 Five kilometres later, as I prepared to toss my stern line after entering the lock at Corre to start up the Canal des Vosges, a man stood over my bollard on the rim. I asked him to move, I motioned at him to move. I cursed him with my best Anglo-Saxon. He finally got the message and left. I looped both bollards and locked-up with ease, then moored for the night, off the Saône and into Canal des Vosges. The trip from Auxonne was four days of motoring for a total of 147.9 kilometres, twenty locks, two tunnels and three overzealous lock-top hindrances. At least there’s a supermarket nearby.
Posted by Zonder Zorg at 09:55