Back to Vancouver Again 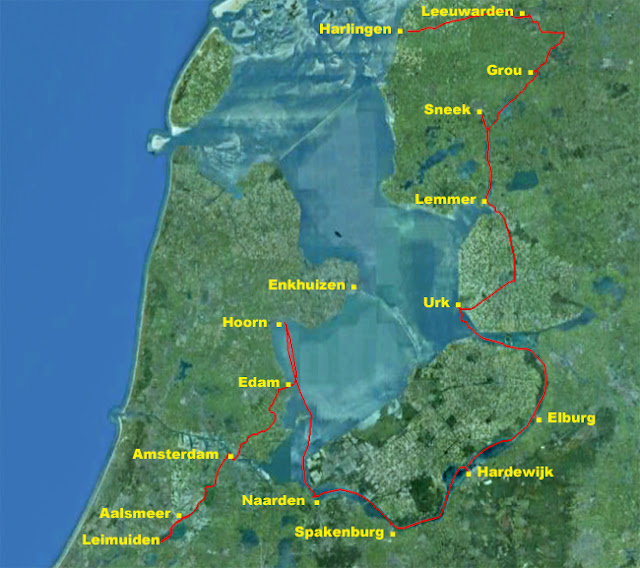 We had arrived at Scheepsreparatie Friesland in Harlingen on Tuesday the 2nd of October, having spent three wonderful weeks bringing our recently purchased skûtsje, Nieuwe Zorg 298 kilometres from Aalsmeer, Noord Holland. During the following few days we refined our plans for the proposed refit, which will restore her exterior to 1908 appearances and her interior to twenty-first century systems and conveniences. 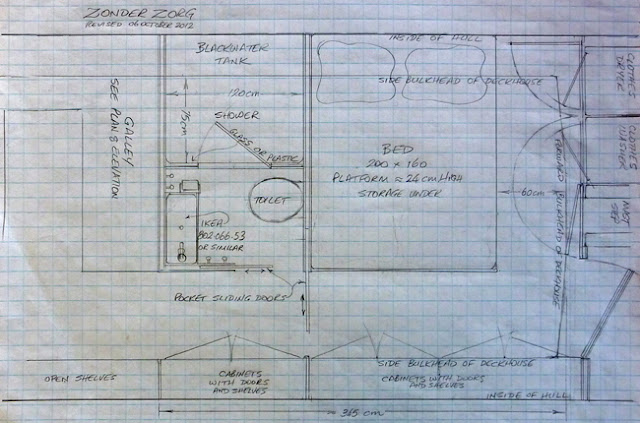 One of the first things we did was redraw the layout of the master cabin and the heads. Because we found increased headroom from a combination of lowering the floor and using a thinner ceiling insulation, we were able to move the shower to the port side and reduce the length of the room by 15cm. By also rearranging the forward bulkhead in the master cabin, this allowed us to plan a full-sized European 200cm X 160cm mattress on the bed and require only an additional 10cm total length for heads and master cabin. We now need to claim 80cm from the engineering spaces. 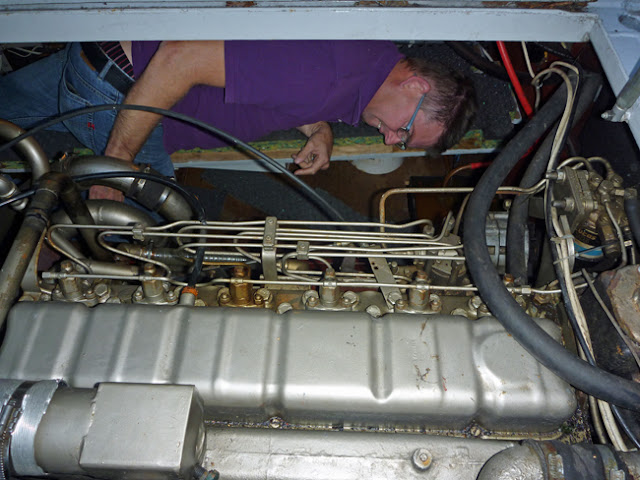 The SRF engineer, Wychard Raadsveld came and measured our engine room and machinery spaces to see how much room we could liberate by installing a smaller engine. Nieuwe Zorg currently has a six-cylinder Perkins, which is rated at 86 kW. Besides being nearly half a century old, the engine is much more powerful than the 50 or 60 kW that the skûtsje requires. A smaller engine will allow us to reduce the length of the machinery spaces and to lengthen the living spaces. 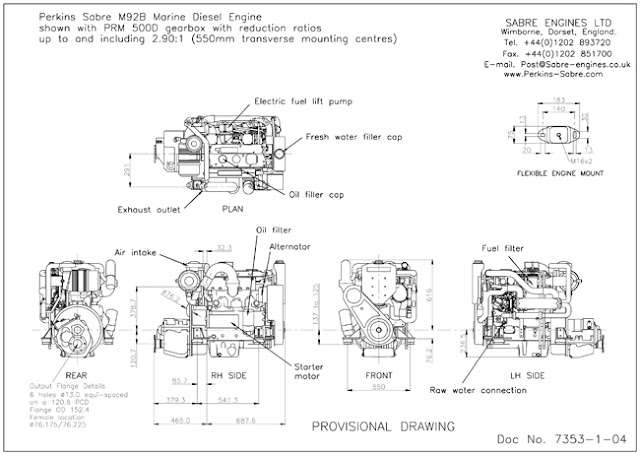 Wychard proposed the Perkins-Sabre M92B with a PRM 5000 gearbox. At the propeller shaft, it develops 50 kW at 1500 rpm and 62 kW at 2400 rpm. The engine is a normally aspirated, low revolution unit with its maximum torque of 320 Nm produced at 1400 rpm. At that speed, the fuel consumption is 4.5 litres per hour. With these specifications, it appears to be the ideal power unit for our 18.5 ton skûtsje. 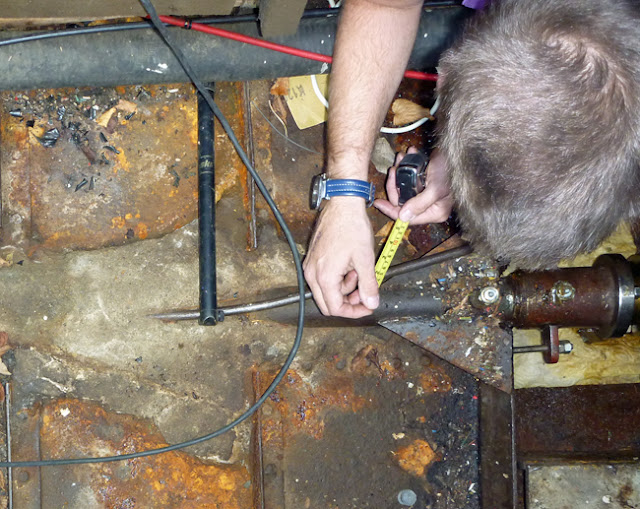 The first step in determining the amount of living space we will have available is to plan the space required by the mechanical installations. Wychard took more measurements in the after spaces as he gathered information to begin designing the layout of the equipment. The engine and transmission, the fuel tanks, the generator, the battery banks, the isolation transformer, the inverter/ charger, the water heating and the central-heating systems all need to be laid-out in the most compact arrangement that is consistent with easy inspection and maintenance access. 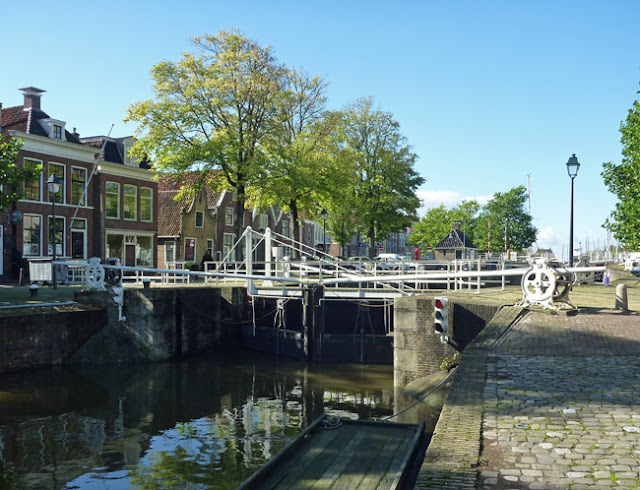 Edi and I walked the 2.5 kilometres into the centre of Harlingen each day to absorb the wonderful town with its many sixteenth and seventeenth century buildings and its historic harbours, canals and bridges. 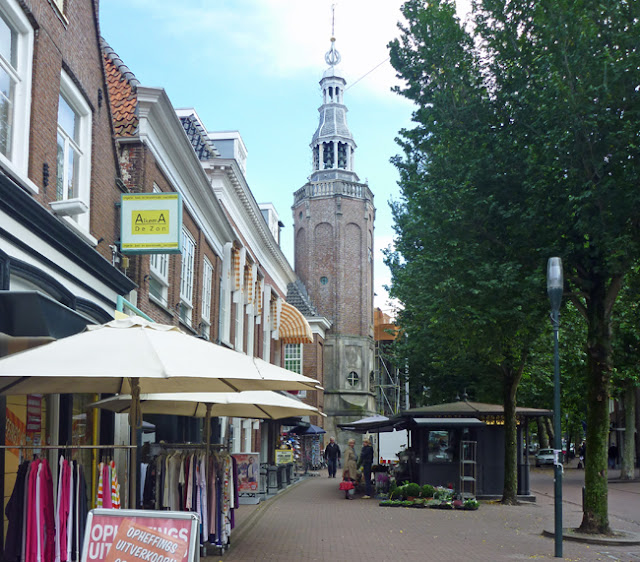 Among the fascinating structures is the Raadhuistoren, the old city hall tower built in 1587. Running through the central part of the old city are pedestrian-only shopping streets, which add immensely to the charm of the area. 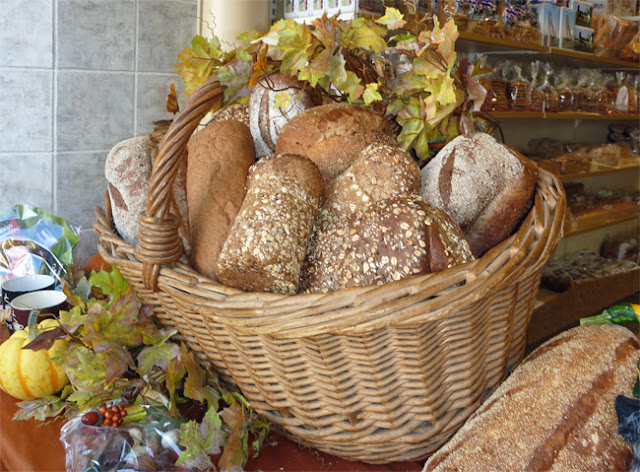 We did our daily food shopping in the markets along the way and in the Jumbo and Albert Hein supermarkets. We continue to be amazed at the wonderful selection, the great quality and the low prices of everything from bakery items, meats, fish, dairy and fresh farm produce. The bakers and grocers in North America have a very long way to go. 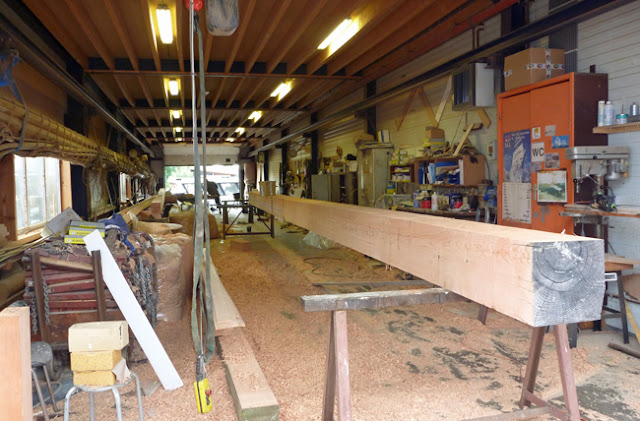 Back at SRF we watched as two 30cm x 30cm beams were unloaded and transferred to the mast shop to begin their transformation into ships spars. In the coming months, this shop will turn a new mast and boom for our skûtsje, so it was interesting to watch some of the process.

On Tuesday the 9th we went up to the office to meet Wychard. He had offered to drive us to the train station so we could catch a train into Leeuwarden to pick-up a reserved car from Hertz. Wychard instead drove us the 25 kilometres to the Hertz office in Leeuwarden, offering the excuse that he had an errand in the area. 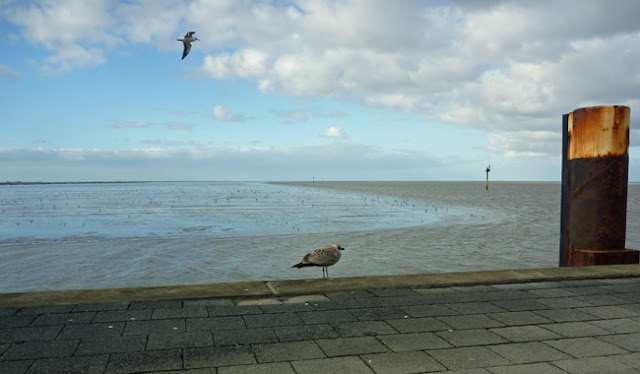 With our rental car we drove northward through Stiens and Holwerd and out the causeway to the ferry terminal to Ameland. Ameland is one of the islands off the northwest coast of the Netherlands that enclose the shallow Waddenzee. We had come to look and to dream of sailing our skûtsje through the six kilometre wide shallows at high tide and of settling to the bottom as the tide recedes. We had come to dream of Waddenlopen, to walk across the tidal flats from the mainland to the island, a dream shared by most Netherlanders. But, Nieuwe Zorg has a huge facelift and makeover to complete before we can realize the dream. 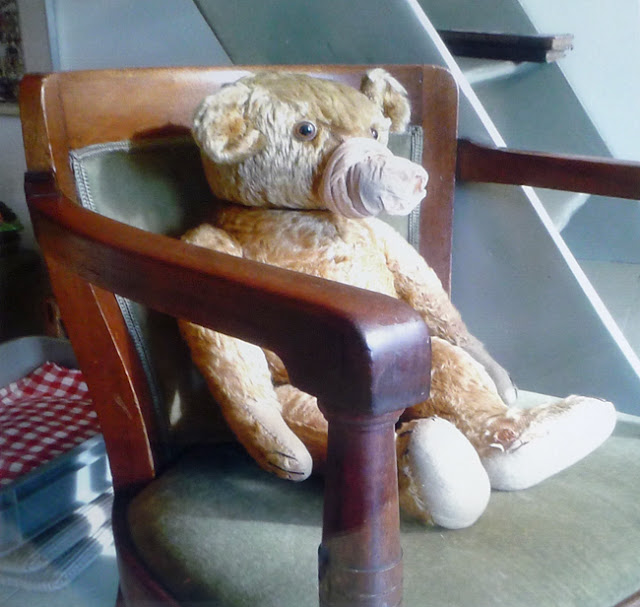 Back in Harlingen, we saw in the window of a toy hospital a teddy bear of the same vintage as Nieuwe Zorg. It was in for a facelift and make-over, just as is our skûtsje. Let's wish both of them success. 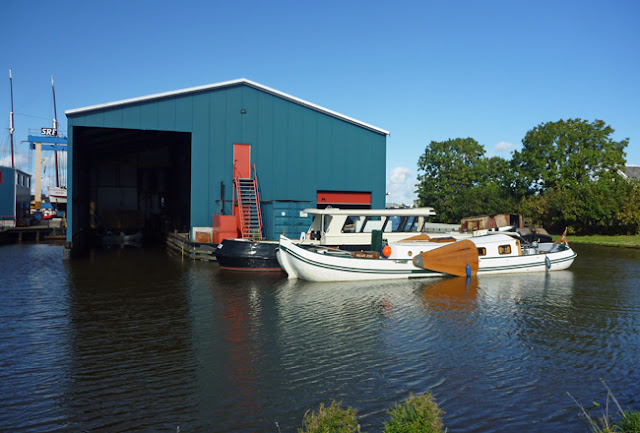 On Monday and Tuesday we had packed into three large and one huge storage bin everything in Nieuwe Zorg that we wanted to keep. Because all our cooking and dining goods were packed, we went out to dinner for the first time in more than a year. Food aboard Sequitur and Nieuwe Zorg had been so good that we were never tempted.

We got up at 0400 on Wednesday, packed the bedding, towels and the last bits of stuff into our luggage and drove the 325 kilometres to the airport in Brussels for our 1040 flight. We made the flight and then had a long wait in Montreal for the connection onward to Vancouver, where we arrived near midnight. Fortunately, our 69 kilograms of checked luggage didn't make the flight, and after an easy registration with the baggage agent, we walked our carry-on to the SkyTrain and to our loft without the huge encumbrance of heavy luggage. The wayward luggage was delivered to our door the following day.

We are back ashore in Vancouver, now with two boats. The nearer one is 4100 kilometres away, the further one is 7700 kilometres.
Posted by Zonder Zorg at 19:36