Drawing Down the Cellar 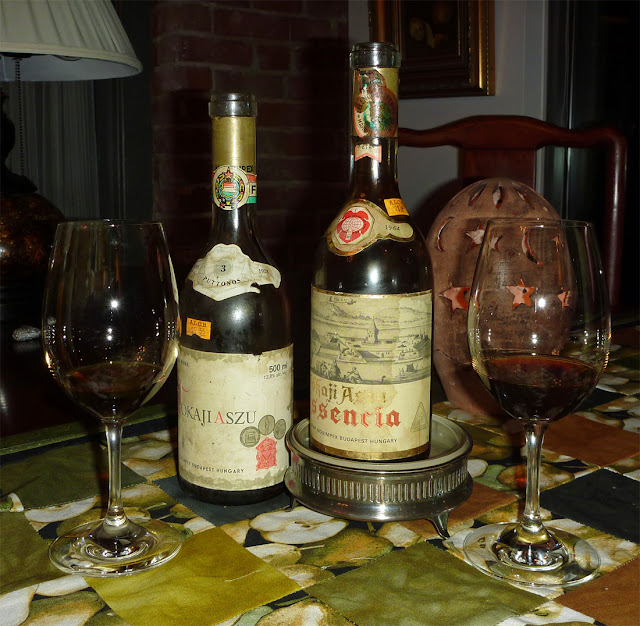 Among our preparations for heading back to Europe to cruise the canals is checking on the condition of the older bottles in our Vancouver wine cellar. We found two bottles with corks that were starting to leak. Both were Tokaji Aszu, one a 3 Puttonos from 1973 and the other an Essencia from 1964. We opened the 1973 first, since it is considerably the lesser of the two. We were amazed at the vitality of this forty-year-old wine from a bottle ullaged to mid-shoulder. While much darker than I recalled previous bottles from this bin, it was still bright and had nice glints of orange in its amber-mahogany hue. The nose was a bit withdrawn at first, but with no hint of mustiness or funk. 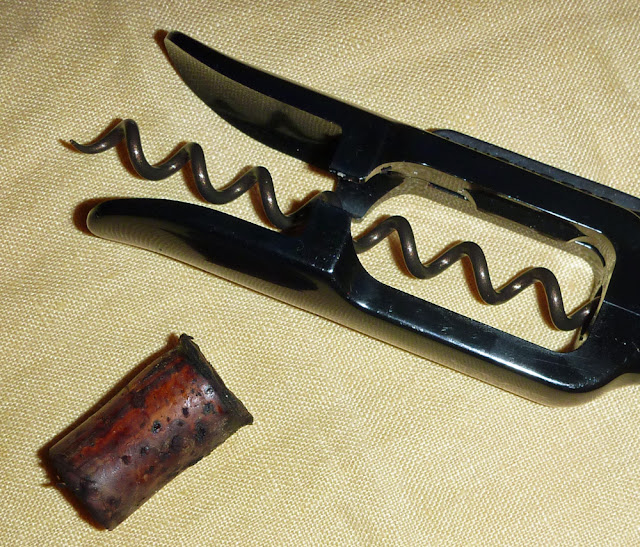 The stubby cork had starting giving out after nearly four decades. As the wine opened, hints of dried fruit, figs and apricots predominantly, came through the dried grass and leaves background of the nose and there was a strong honey aroma. The palate was still surprisingly fresh, with light citrus flavoured caramels with some raisins and dried apricots leading to a finish of slightly bitter lemon with honey overtones. Overall, a very pleasing wine, considering that this last bottle in its bin had been held far beyond its reasonable lifespan. 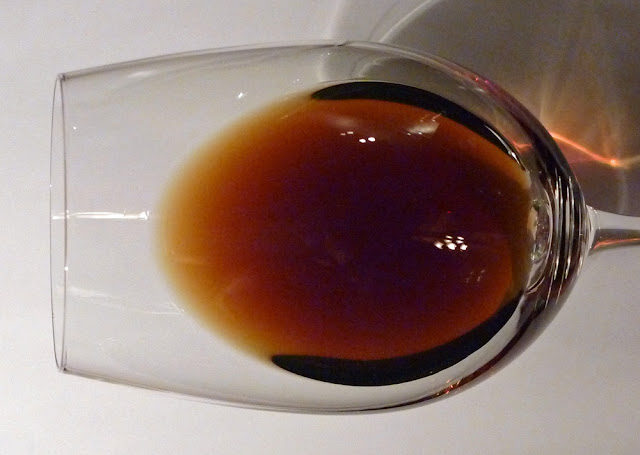 Next we opened the 1964 Essencia. It was a deep amber-garnet in colour, still bright and rather youthful in appearance, with a fringe of orange and ambers. The nose was a huge complexity of spices, figs, apricots, coffee and toffee. It was clean and bright on the palate with apricots, dates and figs in a base of butter caramels and coffee and a nice balancing acidity to foil the high residual sugars. It lingered deliciously in a long spicy finish of cinnamon, nutmeg with hints of butter and molasses. An outstanding wine, wonderfully balanced and at its peak, it was remarkably well-preserved, considering its cork had begun leaking and it was ullaged to high shoulder. We feel ourselves privileged to have enjoyed this remarkable wine in such fine condition at nearly fifty years of age.

Earlier vintages of this wine caused King Louis XIV of France to call it "Vinum Regum, Rex Vinorum, Wine of Kings, King of Wines". I had bought these bottles in 1978 in Edmonton, Alberta when I was running HMCS Nonsuch, the Naval Reserve division there. We still have a part bin of the 1964 Essencia and their corks all appear sound. From our marvellous experience with poorest bottle in the bin, I see no rush to finish the lot.
Posted by Zonder Zorg at 22:09